A security guard who gunned down his pregnant ex-girlfriend after showing up at her Mission Valley workplace with a bouquet of roses pleaded guilty in a San Diego courtroom Friday.

Roger Jerone McDowell, 35, originally faced the death penalty if convicted. With the change in plea, he now faces 75 years to life when he is sentenced March 6, 2009.

McDowell drove to a doctor's office on June 12, 2007 where Dawnna Denize Wright, 31, worked as an office manager. He shot the victim in the head and neck, according to evidence presented at a previous preliminary hearing. Wright and her unborn fetus died.

Another employee told police that he was in a room with Wright when he heard someone enter the waiting room, San Diego police Detective Maria Rivera testified. The employee,Manual Duarte, saw a man with a bouquet or flowers, then returned to his desk. Duarte next heard Wright say, "I'm not going to accept those flowers," followed by loud popping noises, which he thought were balloons, Rivers testified. 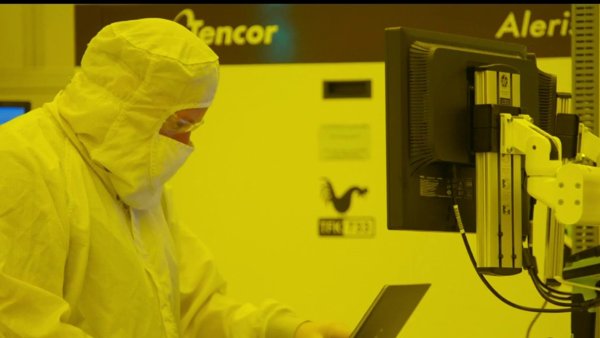 What's Behind the Chip Shortage in the U.S.

McDowell called 911 after the gunfire and said he had just shot his ex-girlfriend, Detective Brett Burkett testified.

Wright and McDowell had two other children together. They had what friends called an "on-again, off-again" relationship, police said.

The victim's female fetus was about 12 weeks old, said Stanley.