As agents waited outside the home, demonstrators gathered on the street, at least one with a megaphone, and began chanting phrases like "immigrants are welcome here"

About 50 demonstrators gathered in a Grant Hill neighborhood on Wednesday evening to protest the U.S. Border Patrol's (USBP) presence there as agents awaited to execute a search warrant at a home.

After receiving word that Border Patrol agents were in the neighborhood at 27th and J streets, a group of immigration activists showed up in protest, chanting at agents as they surrounded a home.

Adriana Jasso with Unión del Barrio, an agency that helps citizens involved in incidents involving immigration agencies, said the activists showed up after receiving concerned calls from the community. 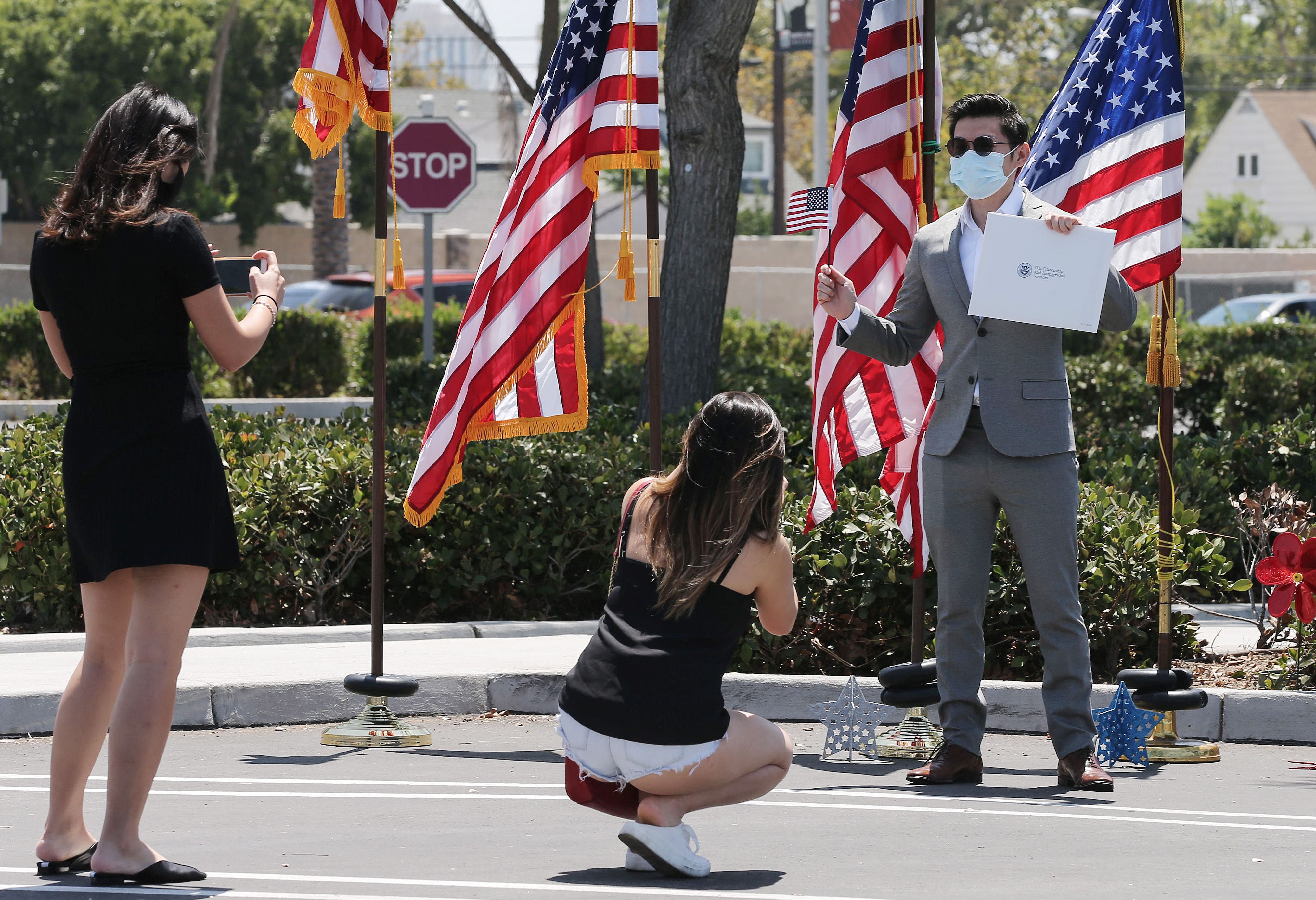 US Citizenship and Immigration Services Aug 25, 2020

US Citizenship Agency Drops Plan to Furlough 70% of Workers

Estela Juarez, 11, Reads Letter to Trump About Mom's Deportation at DNC: ‘You Tore Our World Apart' "What we're saying is the community is tired of the terror and the fear that ICE and the Border Patrol inflict on our communities and we are saying that it is time for our community to kick out these agencies from their homes from their streets," Jasso said.

She added that immigrants should know their rights regardless of their status.

USBP said they were awaiting a search warrant because they suspected the home was involved in a human smuggling incident from earlier in the day.

USBP told NBC 7 they followed someone to that home and made an arrest. They did not clarify what the person was arrested for. Then, they requested a warrant to search the residence.

As agents waited, demonstrators gathered on the street, at least one with a megaphone. The group began chanting phrases like "immigrants are welcome here," Bazrte said.

Border Patrol said agents gained entry at about 7 p.m. It was unclear what, if anything, was found.

The incident to which the home was believed to be connected to occurred by the U.S.-Mexico Border at about 1:30 p.m., according to USBP. Four people were taken into custody in connection with the "human smuggling event that initiated at the international border."

This story was originally published in Spanish on Telemundo 20. Read that story here.