Daniel Martinez, 20, was arrested on National Avenue Monday morning – one week after the alleged armed robbery at a convenience store

A man accused of stealing lottery scratchers from a Logan Heights liquor store at gunpoint was arrested this week near the robbery scene, police confirmed.

Daniel Martinez, 20, was arrested around 10 a.m. Monday after detectives spotted him along the 3100 block of National Avenue.

Exactly one week earlier, at 6:30 a.m. on July 22, Martinez – his faced covered with a T-shirt – had walked into the Ideal Market at 3101 National Ave. holding a pistol, San Diego Police Department Lt. Martha Sainz said. 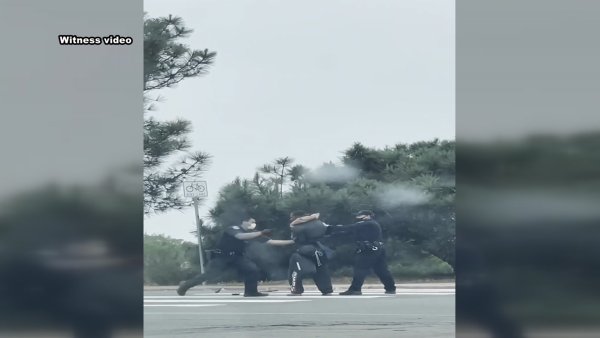 Martinez allegedly demanded lottery scratcher tickets from a clerk at the market. After getting what he wanted, he fled, police said. No one was hurt in the robbery.

During the investigation, police identified Martinez as the suspect in this case. One week later, they were able to find him in the same area of the alleged robbery.

Martinez was booked into San Diego Central Jail on a robbery charge. He is scheduled to appear in court Wednesday.