NBC 7 Investigates found the city of San Diego has paid more than $27 million to settle claims of excessive force, officer misconduct, and false arrests since 2009

As the nation grapples with questions surrounding law enforcement's use of deadly force, the family of a man who was shot and killed by San Diego Police earlier this year is now suing the city and the officers involved, demanding answers about what really happened that day.

Toby Diller, 31, was shot and killed by San Diego Officer Devion Johnson on January 24, 2020, at the intersection of 54th Street and College Grove Drive in the Oak Park neighborhood. The shooting occurred after Johnson and Officer Benjamin Downing chased Diller, and tackled him on the ground.

The San Diego Police Department released body camera footage of the incident and said Diller had resisted arrest and reached for an officer’s gun, prompting a justified use of deadly force. But NBC 7 Investigates found discrepancies between what police told the public on the night of the shooting, and what the video shows that fateful day.

Diller’s family says they are now seeking justice and accountability.

“It breaks my heart to see my brother get shot right in his neck and get executed,” Diller’s sister, Nikita Diller tells NBC 7 Investigates. “Toby’s not coming back. And these police officers are probably still on the street with their guns.”

In an edited video released by the San Diego Police Department, Chief Dave Nisleit said the incident preceding the shooting began on January 24, 2020, when Officers Downing and Johnson were driving down College Grove Drive. The officers said they observed Diller with an open container of alcohol “acting erratically.”

Video recorded by a nearby smart streetlight camera shows Diller pacing back and forth, with a bottle in his hands which he eventually places in a cart of his belongings.

The officers pull the car over the sidewalk in front of Diller, turn on their patrol car’s lights and swing open the car doors. As officers jump out of the car, you can see Diller run away. Officers Downing and Johnson both take off after him.

Downing’s body camera shows officers chasing Diller through traffic until finally, they tackle him on the ground. The officers can be heard yelling at Diller to put his hands behind his back, and to turn over onto his stomach. Diller can be seen struggling with the officers and trying to get up from off the ground.

One minute after officers exited their vehicles, chased Diller, and ended up on the ground over him, Officer Downing yells, “He’s got my gun, shoot it!”

The video shows Officer Johnson pulls his gun and appears to shoot Diller in the back of his neck.

Following the shooting, the next ten seconds of audio recorded by the body camera was redacted by SDPD. The department said, “This segment of redaction does not contain any dialogue between officers. It was redacted because of graphic audio that was a result of the gunshot wound to Mr. Diller. We consider that audio disturbing and its release, in this form, would be disrespectful and gratuitous.”

Watch the full body cam video below. Warning, the video is graphic and depicts a fatal officer-involved shooting.

On the night of the shooting, Lieutenant Matt Dobbs with SDPD told reporters that after the shooting, “officers provided first aid to the suspect until San Diego Fire-Rescue personnel arrived on the scene, when they pronounced the suspect deceased.”

But the video does not show officers administering first aid.

Instead, Downing and Johnson can be seen attempting to handcuff Diller as he bleeds out from the gunshot wound. Eventually, 13 seconds after Diller is handcuffed, the officers step away, and the video cuts off before medical personnel arrives on-scene.

“Why did a basic police stop result in a state executed bullet to the head?”

Robert and Nikita Diller fight back tears as they talk about the brother they lost on January 24. All three siblings say they were orphans who had gone through the San Diego County foster care system, and that they only had each other.

Nikita and Robert say Toby was in and out of incarceration, and in between, bounced from living in halfway homes around the area.

At the time of the shooting, Toby was homeless.

“Toby honestly was ‘the party,’ he was the funny guy,” Nikita Diller says. “Even in his strife, Toby always had the biggest heart. Even in his homelessness, he always wanted to bless people, he would give you the shirt off his back.”

The Dillers say police waited three days after the shooting before officers notified them of Toby’s death. But the answers from police, and subsequent video released, has only raised more questions.

“Why did a basic police stop result in a state executed bullet to the head?” says Diller family attorney Emily Howe. “We’re seeing a pandemic of police killing unarmed civilians. The family and San Diegans deserve the truth, accountability, understanding of policies, and procedures that actually preserve life. We keep seeing individuals who are unarmed, shot, killed, and brutalized. There needs to be a systemic change in a peaceful manner.”

Last week, the Dillers filed a lawsuit against the city of San Diego, and officers Downing and Johnson.

Since 2009, NBC 7 Investigates found the city of San Diego has paid more than $27 million to settle claims of excessive force, officer misconduct, and false arrests by the San Diego Police Department, according to records detailing city payments for litigated and non-litigated claims.

San Diego Police would not comment for this story or release the employment status of the officers involved, citing pending litigation. In the produced video released by the department in March, Chief Nisleit said the fatal shooting was under investigation.

“In presenting this video, we are not drawing any conclusions about what happened in this incident,” Nisleit states, adding that an internal investigation’s findings will be presented to the San Diego County District Attorney’s office for independent review. Nisleit also states its standard protocol for the U.S. Attorney’s office and Federal Bureau of Investigations (FBI) to monitor the case.

The San Diego County District Attorney’s office says it's currently reviewing the shooting and had no timeline for when that review would be completed.

The initial offense for which officers decided to stop Diller - the open container violation - amounts to a $100-200 fine in the city of San Diego.

The Diller family says the lawsuit is about holding the police department accountable.

“I do want the officers to be held accountable. There needs to be true transparency. I want the footage that was redacted to not be. You need to have an open dialogue with your community.” 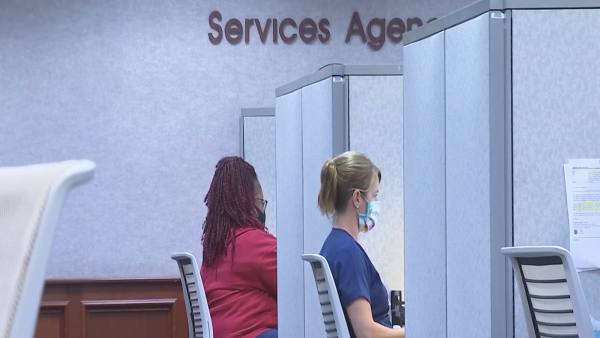 Inside the Headquarters of San Diego's Disease Detectives 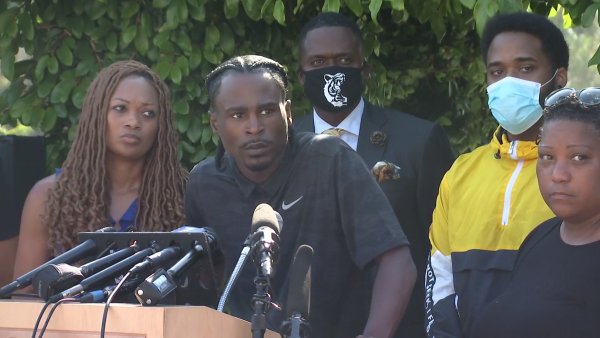