“It's been a living nightmare,” said P.J. Rodriguez, whose mother and grandmother are unaccounted for.

Crews are battling extreme conditions as rain, wind and thunderstorms have battered the already intense scene. Among those killed is Stacie Fang, the mother of the 15-year-old boy who was rescued on Thursday.

Families have begun to share their anguish as they await for updates. The Spiegels are hoping 65-year-old Judy will be found alive. Judy's husband, Kevin, was out of town and his wife was inside their condo when the building gave way.

“Probably going to need a miracle,” Kevin said. “The building collapsed -- everybody was in there -- but it was such a freak accident, and I don't think it's really settled in.”

Help has arrived from FEMA and 130 firefighters and first-responders across the state of Florida. Some, however, are losing hope.

Exclusive: ‘My Ankle Is Broken' — How a San Diego Skateboarder Won an Olympic Medal on a Busted Ankle 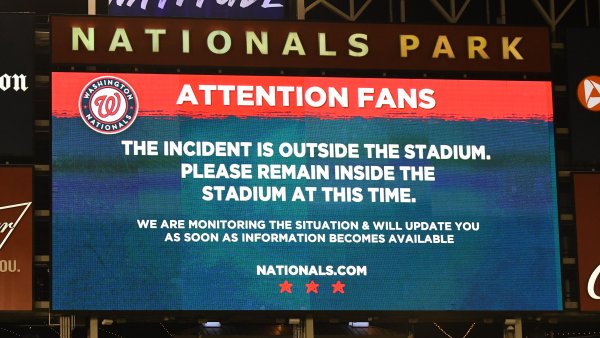 “I had hoped, until I saw the video of the tower collapsing,” said Rodriguez, whose mother and grandmother are unaccounted for. "As soon as I saw that, hope went away, They were there in that first tower that went down, and then the other building fell on top of it.”

While some of the most-experienced people in the world search the rubble and trying to find people who could be trapped, others are still praying for the survival of loved ones,

“I don't know if him and his brother, also a doctor, would have stayed behind to help injured people if somebody was collapsed and being an orthopedic doctor,” Soraya Cohen said about her husband. “He has such a big heart; maybe he wouldn't want to leave them. Maybe he's alive. I don't know.”

At this point, there's still no clear answer as to why the condo collapsed, but investigations have begun to look into issues involving structural failures and the building's 40-year recertification process.