After Staged Attack Conviction, Jussie Smollett to be Sentenced on Thursday

More than three years after Jussie Smollett told police he was the victim of a racist and homophobic attack on a dark, cold Chicago street, all of the questions swirling around the actor — from whether he staged a fake attack to why he would do such a thing — now boil down to two: Will he admit he lied to police and will he be sent to prison?

Smollett was convicted of five of six felony counts of disorderly conduct — for lying to police. He was acquitted on a sixth count. He faces a maximum sentence of three years in prison per count.

Cook County Judge James Linn can order the maximum sentence, a much shorter sentence or put Smollett on probation, meaning he won’t have to spend time behind bars. And he can order a fine and restitution — the amount of which could reach tens of thousands of dollars.

Defendants convicted of lying to police, one of the least serious felonies in Illinois, rarely go to prison. But this is a rare case. 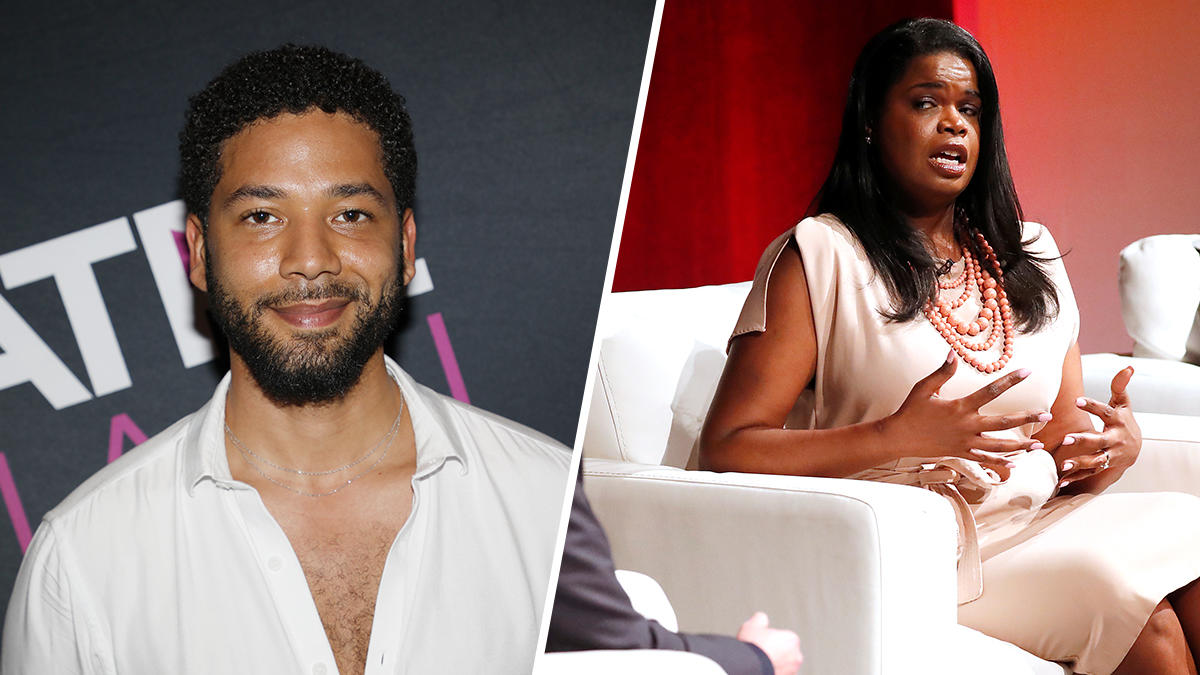 Prosecutors showed Smollett, who is Black and gay, went to extraordinary lengths in January 2019 to stage a hate crime. He hired and paid two brothers to carry out the attack, prosecutors said, told them what racist andhomophobic slurs to shout, and to yell that Smollett was in “MAGA Country,” a reference to the campaign slogan of Donald Trump's presidential campaign.

The brothers testified that Smollett gave them money to buy the rope they were to fashion into a noose around his neck and the ski masks to hide their faces. He then pointed them to where he wanted the scene to play out in the hopes it would be captured by a surveillance camera.

In doing so, he sparked already raw emotions over issues such as race and sexual identity in the country, and triggered a massive investigation in a city involving dozens of officers in what Smollett has maintained was a very real attack by two men he did not recognize.

During the hearing, prosecutors and Smollett's attorneys will get a chance to present witnesses and allow Smollett to make a statement. And unlike the trial, Linn has agreed to let photographers and a television camera inside court for the hearing — meaning the public will for the first time get to see and hear Smollett speak in court.

A key question is whether Special Prosecutor Dan Webb will ask Linn to sentence Smollett to jail or prison. Webb, in an interview with The Associated Press, would not say.

“I think this will probably be a point that I make in sentencing," Webb said, "that not only did Mr. Smollett lie to the police and wreak havoc here in the city for weeks on end for no reason whatsoever, but then he compounded the problem by lying under oath.”

To drive home that point, some legal experts say they expect Webb to call law enforcement officials to testify.

“Somebody from the CPD (Chicago Police Department) can testify how this crime directly impacted the police department, diverted resources away from actual crimes and the cost the city incurred,” said Joe McMahon, who as a special prosecutor won a murder conviction for Chicago Police Officer Jason Van Dyke in the 2014 fatal shooting of black teenager Laquan McDonald.

McMahon and others also said Webb might call witnesses to testify about the impact that Smollett’s scheme may have had on legitimate victims of racist and homophobic attacks.

“They could say that his (Smollett’s) false report made it less likely that real victims will come forward and will continue to suffer in silence," McMahon said.

Experts say it is almost certain that Smollett will speak. He could cover the same ground as he did during the trial inwhich he testified about his extensive involvement in charity organizations, including a group that fights AIDS in the Black community. He might again speak of how he's already been punished, that his career has been devastated.

And Smollett, who made daily appearances outside the courtroom of supporters who vouched for his character, has already received the support of dozens of people, including the Rev. Jesse Jackson and the president of the NAACP. Reminding the judge of the actor's extensive volunteer work and donations to charitable causes, the supporters have sent letters to Linn asking for leniency: probation or community service instead of a prison sentence.

Smollett could admit he staged the attack and then lied repeatedly about it — including on the witness stand under oath. But his lead attorney, Nenye Uche, proclaimed his client innocent after the trial and vowed an appeal, and has said nothing since to suggest he will reverse course.

In fact, Uche plans to present a motion to dismiss the conviction, but judges rarely grant such motions.

What all of it will add up to is unknown. But several experts say they don't think the judge will impose the maximum sentence or that Smollett will see the inside of a prison. But, they say, there is a good chance he lands in county jail for several months.

“What he did was bad and lying about it was bad,” said Terry Ekl, a prominent Chicago-area defense attorney who is not involved with the case. “And the fact that you are dividing a community along racial and political lines that is already deeply divided, I think that moves this case out of the probation category.”