The House has passed a bill capping the monthly cost of insulin at $35 for insured patients, part of an election-year push by Democrats for price curbs on prescription drugs at a time of rising inflation.

Experts say the legislation, which passed 232-193 Thursday, would provide significant relief for privately insured patients with skimpier plans and for Medicare enrollees facing rising out-of-pocket costs for their insulin. Some could save hundreds of dollars annually, and all insured patients would get the benefit of predictable monthly costs for insulin. The bill would not help the uninsured.

But the Affordable Insulin Now Act will serve as a political vehicle to rally Democrats and force Republicans who oppose it into uncomfortable votes ahead of the midterms. For the legislation to pass Congress, 10 Republican senators would have to vote in favor. Democrats acknowledge they don't have an answer for how that's going to happen.

“If 10 Republicans stand between the American people being able to get access to affordable insulin, that's a good question for 10 Republicans to answer,” said Rep. Dan Kildee, D-Mich., a cosponsor of the House bill. “Republicans get diabetes, too. Republicans die from diabetes.”

But Rep. Cathy McMorris Rodgers, R-Wash., complained the legislation is only “a small piece of a larger package around government price controls for prescription drugs." Critics say the bill would raise premiums and fails to target pharmaceutical middlemen seen as contributing to high list prices for insulin. 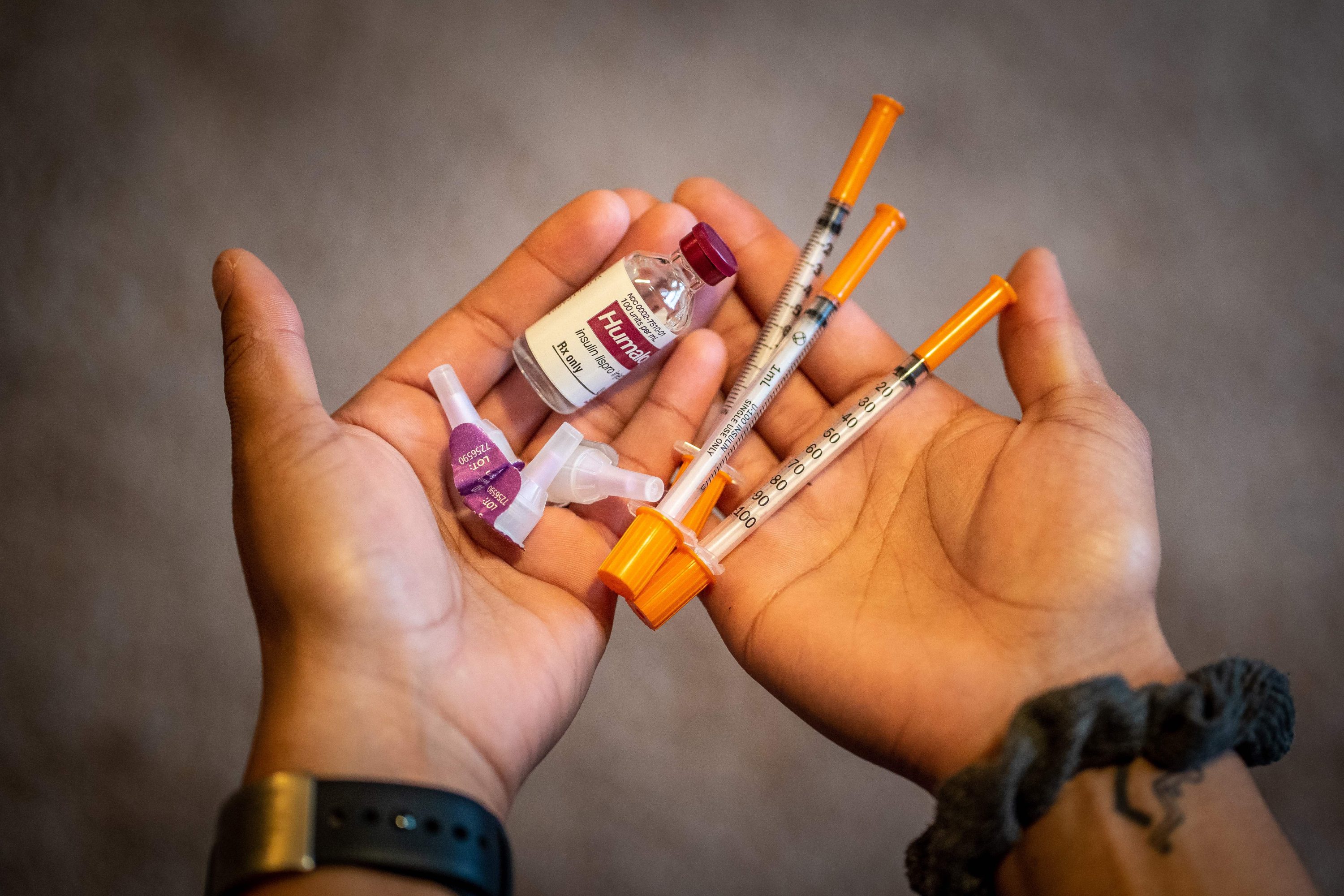 Limits on Insulin Costs Revived in Push for Senate Action 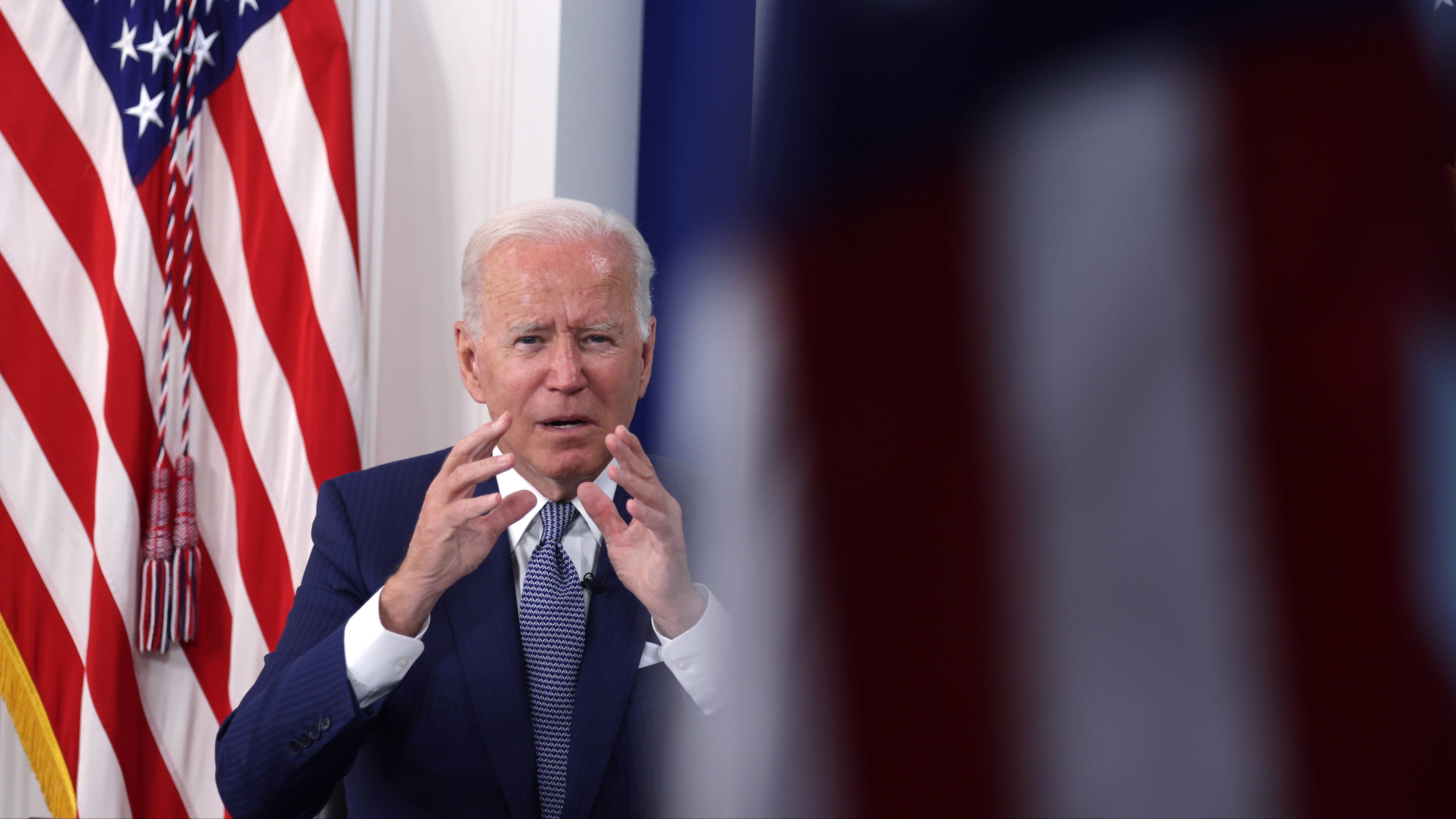 Biden Puts Focus on Drug Prices in Fight Against Inflation

Sen. Chuck Grassley, R-Iowa, said Democrats could have a deal on prescription drugs if they drop their bid to authorize Medicare to negotiate prices. “Do Democrats really want to help seniors, or would they rather have the campaign issue?" Grassley said.

The insulin bill, which would take effect in 2023, represents just one provision of a much broader prescription drug package in President Joe Biden's social and climate legislation.

In addition to a similar $35 cap on insulin, the Biden bill would authorize Medicare to negotiate prices for a range of drugs, including insulin. It would penalize drugmakers who raise prices faster than inflation and overhaul the Medicare prescription drug benefit to limit out-of-pocket costs for enrollees.

Biden's agenda passed the House only to stall in the Senate because Democrats could not reach consensus. Party leaders haven't abandoned hope of getting the legislation moving again, and preserving its drug pricing curbs largely intact.

The idea of a $35 monthly cost cap for insulin actually has a bipartisan pedigree. The Trump administration had created a voluntary option for Medicare enrollees to get insulin for $35, and the Biden administration continued it.

In the Senate, Republican Susan Collins of Maine and Democrat Jeanne Shaheen of New Hampshire are working on a bipartisan insulin bill. Georgia Democratic Sen. Raphael Warnock has introduced legislation similar to the House bill, with the support of Sen. Majority Leader Chuck Schumer of New York.

Stung by criticism that Biden's economic policies spur inflation, Democrats are redoubling efforts to show how they'd help people cope with costs. On Thursday, the Commerce Department reported a key inflation gauge jumped 6.4% in February compared with a year ago, the largest year-over-year rise since January 1982.

Inflation rose 7.9% in February 2022, the, the biggest rise in the consumer price index in 40 years, the Labor Department reported. But what exactly is inflation? And what is causing it?

But experts say the House bill would not help uninsured people, who face the highest out-of-pocket costs for insulin. Also, people with diabetes often take other medications as well as insulin. That's done to treat the diabetes itself, along with other serious health conditions often associated with the disease. The House legislation would not help with those costs, either. Collins says she's looking for a way to help uninsured people through her bill.

About 37 million Americans have diabetes, and an estimated 6 million to 7 million use insulin to keep their blood sugars under control. It’s an old drug, refined and improved over the years, that has seen relentless price increases.

Steep list prices don't reflect the rates insurance plans negotiate with manufacturers. But those list prices are used to calculate cost-sharing amounts that patients owe. Patients who can’t afford their insulin reduce or skip doses, a strategy born of desperation, which can lead to serious complications and even death.

Economist Sherry Glied of New York University said the market for insulin is a “total disaster” for many patients, particularly those with skimpy insurance plans or no insurance.

“This will make private insurance for people with diabetes a much more attractive proposition,” said Glied.

Many businesses have posted rising profits and 70-year-high profit margins since the pandemic. But executives have also talked openly in earnings calls about raising prices, and then saying the increases were due to inflation. And Lindsay Owens and her organization Groundwork Collaborative have the receipts to prove it. She joined LX News to talk about how many businesses are seeing inflation as a great opportunity to "leave no pricing on the table."
Copyright AP - Associated Press