Controversy Swirls Over Lowering of Flags for Rush Limbaugh

Florida Gov. Ron DeSantis is moving ahead with plans to honor recently deceased conservative radio broadcaster Rush Limbaugh by lowering flags to half-staff despite protests from some public officials who don’t see Limbaugh as worthy of the honor.

DeSantis announced Tuesday that he was directing the U.S. and Florida flags to be flown at half-staff at the Palm Beach County Courthouse in West Palm Beach, the City Hall of Palm Beach and the State Capitol in Tallahassee from sunrise to sunset on Wednesday.

But late Tuesday, Palm Beach County Commissioner Melissa McKinlay posted a statement on Twitter declaring the county will not lower flags for Limbaugh on Wednesday.

“The lowering of flags should be a unifying gesture during solemn occasions, such as in remembrance of the young lives lost during the Parkland High School massacre or first responder line of duty deaths,” McKinlay's statement said. “Although Rush Limbaugh was a significant public figure, he was also an incredibly divisive one who hurt many people with his words and actions. I cannot and will not support the lowering of flags in his memory.”

Rush Limbaugh, the conservative radio host and one of the most influential voices of American right-wing politics, has died. He was 70.

A longtime resident of Palm Beach, Limbaugh, 70, died of lung cancer last Wednesday. DeSantis called Limbaugh a legend during a news conference two days later and indicated he would direct flags to be flown at half-staff to honor him.

But many Democrats objected. Nikki Fried, Florida’s agriculture commissioner and the only statewide Democratic officeholder, said Monday that she would not abide by the Republican governor’s orders. She said she would notify all state officers she oversees to disregard the governor’s order.

St. Petersburg Mayor Rick Kriseman posted on Twitter that his city would not honor hatred, racism, bigotry, homophobia or anything else Limbaugh has spewed over the years.

The governor’s order does not apply to any of the offices controlled by Fried or the city of St. Petersburg.

At the State of the Union address Tuesday night, President Donald Trump awarded conservative radio host Rush Limbaugh a Presidential Medal of Freedom for "the millions of people a day that you speak to and inspire and all the incredible work that you have done for charity."

Town of Palm Beach officials did not immediately reply to emails asking if they planned to follow the order.

A year ago, President Donald Trump awarded Limbaugh the Presidential Medal of Freedom, the nation’s highest civilian honor, during his final State of the Union address. The day before, Limbaugh had announced that he was battling advanced lung cancer.

Limbaugh had for decades championed conservativism — often stridently at the expense of liberals and Democrats.

Flags are typically lowered to honor prominent government officials, as well as law enforcement officers and members of the military killed in the line of duty. DeSantis has said Limbaugh’s stature justified the honor. 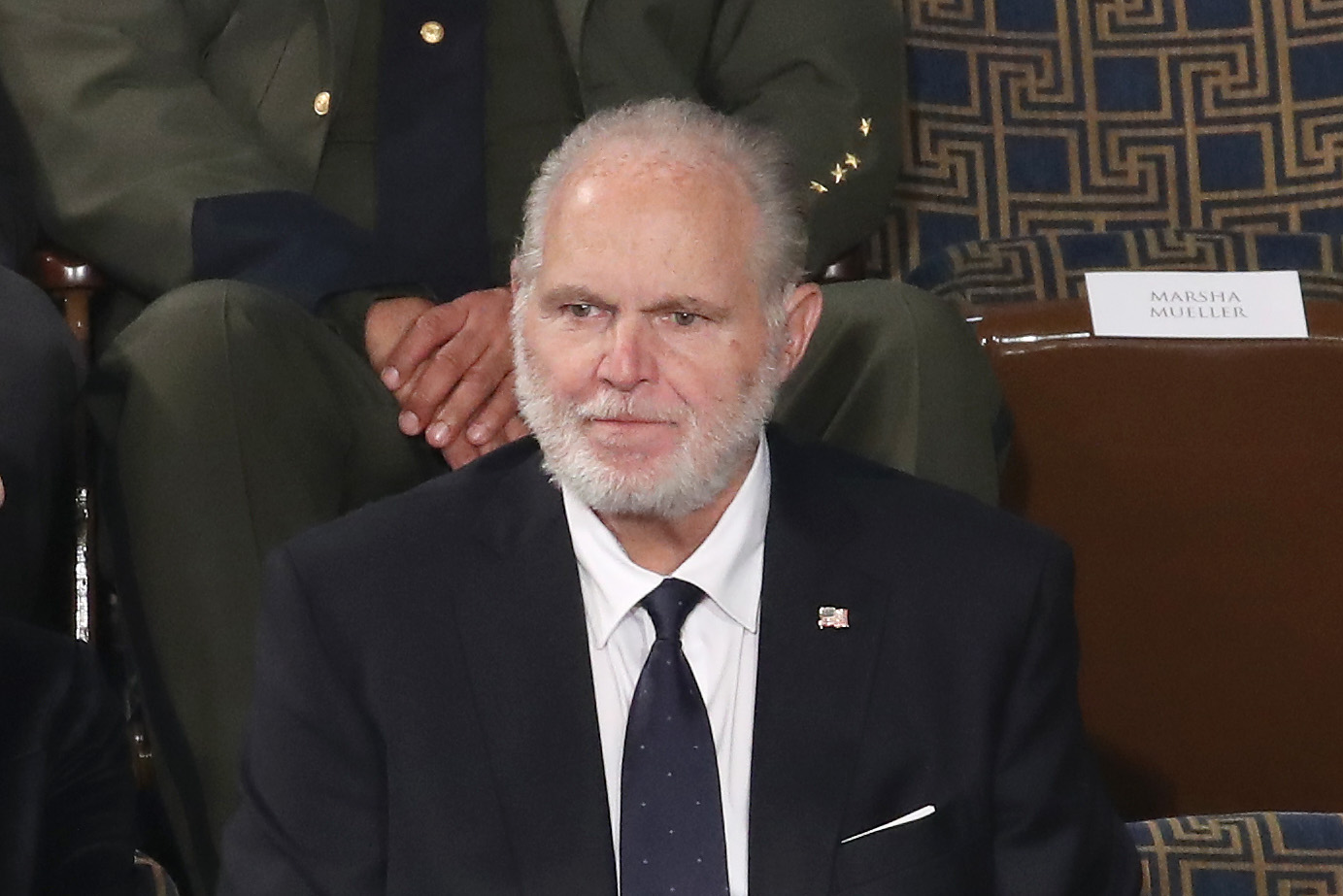 Rush Limbaugh, Talk Radio Host and Voice of American Conservatism, Has Died at 70 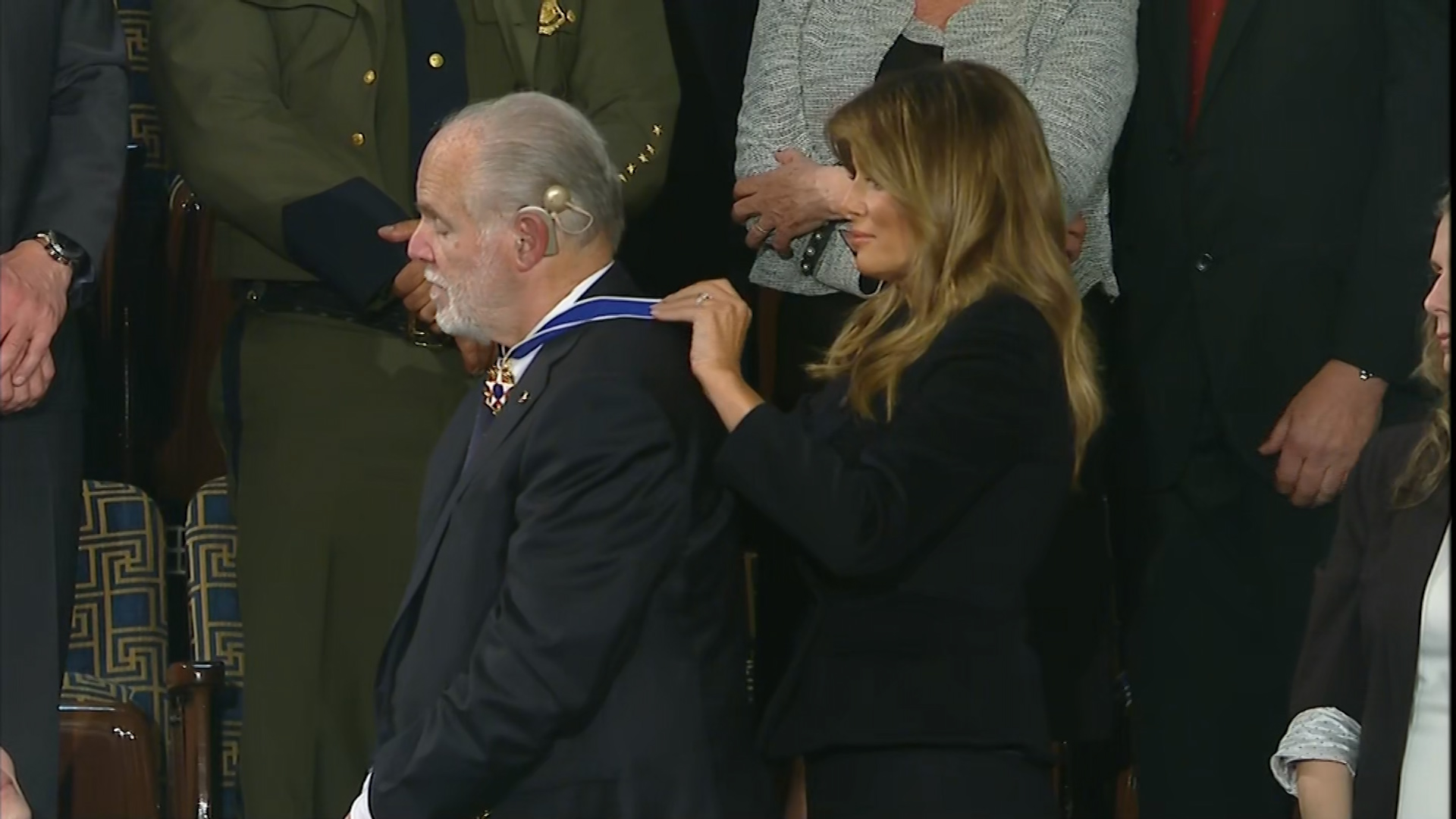