Fact Check: Trump Is Wrong About Insurers and Coronavirus

President Donald Trump incorrectly stated in his address to the nation that the health insurance industry has agreed to waive patient co-payments for treatment of COVID-19. The industry has not made such a commitment.

Instead, insurers agreed to cover the full cost of diagnostic tests to see whether people have the disease. That step does not shield insured people from potentially high medical bills as a result of getting sick from the coronavirus.

Trump's misstatement on health insurance was one of a number of claims in his prime-time address that were at odds with the facts. He inaccurately described part of his own plan to restrict travel from Europe and appeared to hold out false hope that people infected in the current outbreak will see new treatments to hasten their healing.

On Thursday, he misrepresented another aspect of U.S. defenses against the virus, saying inaccurately that everyone coming into the country is being tested for it.

A look at his remarks Wednesday night and Thursday:

TRUMP: "Earlier this week, I met with the leaders of (the) health insurance industry, who have agreed to waive all co-payments for coronavirus treatments, extend insurance coverage to these treatments, and to prevent surprise medical billing."

THE FACTS: No, they did not say they will cover co-pays for treatment. And Trump's statement about surprise medical billing is questionable.

As Vice President Mike Pence stated more accurately, the insurers agreed to cover coronavirus testing with no cost sharing — so no co-pays or deductibles. That assurance applies to tests that can confirm or rule out the virus, and doesn't extend to treatment or to other tests that the patient's doctor may order. Consumers should check with their insurance company because policies may vary on this. They should not count on the president's word.

What's more, in the process of diagnosing COVID-19, other tests may be ordered. Insurers have not pledged to waive cost-sharing for those. Co-pays and deductibles may apply for imaging tests such as X-rays or CT scans of the chest, for example, and hospital stays are also subject to cost-sharing. 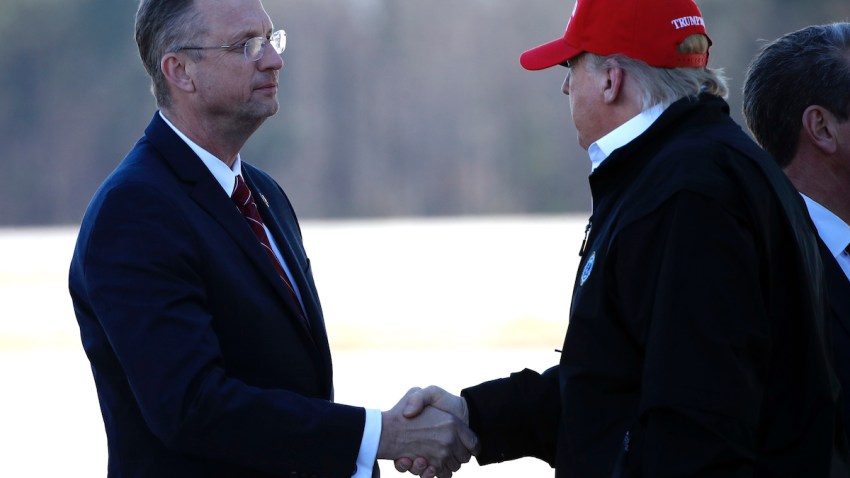 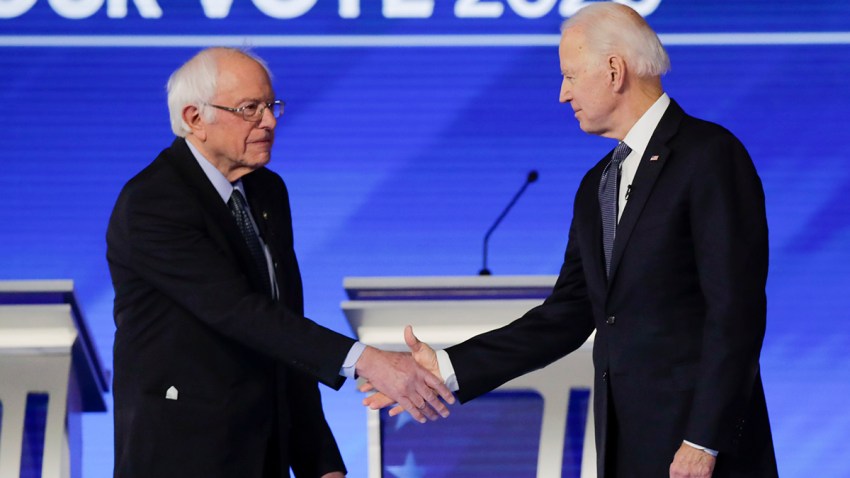 Dem Debate Shifts From Phoenix to DC Due to Virus Concerns

Federal programs including Medicare, Medicaid, children’s health insurance and "Obamacare" all cover the coronavirus tests. Of particular importance, clinical diagnostic tests are covered under Medicare with no cost-sharing, a longstanding policy. However, cost-sharing may apply for other tests, such as imaging.

When people get sick from the coronavirus, there currently is no antiviral treatment that can cure the disease. Instead, the current treatment is geared to relieving patients' symptoms and helping them to recover. For those who are very sick, that can involve using machinery to help them breathe. Insurers cover such treatment based on the terms of the individual's health plan, including any applicable deductibles and co-pays.

As for "surprise billing," that's not something insurers can waive because they're not the ones who do it. Doctors and hospitals generally spring those surprises.

Overall, says Karen Pollitz of the nonpartisan Kaiser Family Foundation: "We don't have a rule yet that says all insurers must do ‘x,' so flip your insurance card over and call the 800 number."

A Connecticut man living in New York says he was waiting to board a flight to Sweden Wednesday evening when friends started texting and calling him. President Donald Trump had just announced a 30-day travel ban for flights from Europe.

TRUMP: "If an American is coming back or anybody is coming back, we're testing. We have a tremendous testing setup where people coming in have to be tested.... We’re not putting them on planes if it shows positive, but if they do come here, we’re quarantining. There’s going to be a pretty strong enforcement of quarantine." -- remarks Thursday.

THE FACTS: That's not true. All people coming to the U.S. are not subject to mandatory, universal testing, nor are they being forced to quarantine.

As well, his proclamation detailing the broad travel ban that takes effect midnight Friday night on visitors from most of Europe does not specify that everyone allowed in will have to be tested. Trump was probably referring to plans that are expected to be put in place soon to channel those arriving from many European countries to certain airports, where they will receive screening and be subjected to quarantine instructions, just like visitors from China.

Democratic candidate for president, Bernie Sanders discusses the coronavirus pandemic and the need to come together and listen to the experts, not the politicians.

TRUMP: "We are cutting massive amounts of red tape to make antiviral therapies available in record time. These treatments will significantly reduce the impact and reach of the virus."

THE FACTS: People suffering from COVID-19 or those who get it in the current outbreak should not expect those therapies to be available to them. Dr. Anthony Fauci of the National Institutes of Health told a congressional committee Wednesday that while antivirals are being tested, "we don’t know if it works. I don’t want to promise anything."

An antiviral is a medicine that specifically attacks a virus to hasten recovery. An experimental drug named remdesivir, which was being developed to fight Ebola, is being tested in COVID-19 patients in the U.S. and abroad. There also are studies underway using combinations of some HIV-attacking drugs.

TRUMP: "We will be suspending all travel from Europe, except the United Kingdom, for the next 30 days."

THE FACTS: That's not exactly his plan.

Former Vice President Joe Biden discusses how he would handle the coronavirus pandemic if he was elected president.

As well, it apparently does not apply to Ireland, Romania, Croatia, Ukraine and several other European states. The proclamation released by the White House says the travel ban will affect the 26 European states in the Schengen Area. That's most of Europe, but not "all."

TRUMP: "These prohibitions will not only apply to the tremendous amount of trade and cargo, but various other things as we get approval."

THE FACTS: That is also wrong. The White House quickly clarified that the restriction on movement from Europe "only applies to human beings, not goods and cargo."