The Friday fight, which sent a school police officer and several students to the hospital, broke out at the school on Friday right in the middle of the daily lunch break. SDUSD spokeswoman Linda identified Sunday the officer as Bashir Abdi. The school is located at 4777 Imperial Ave.

At an event Saturday night, Marten said surveillance video of the incident exists, which she will fight to release it as soon as possible. A school spokeswoman said school police are working with SDPD and the San Diego County District Attorney's office to determine when the video can be released, and she imagined it would be "next week some time." 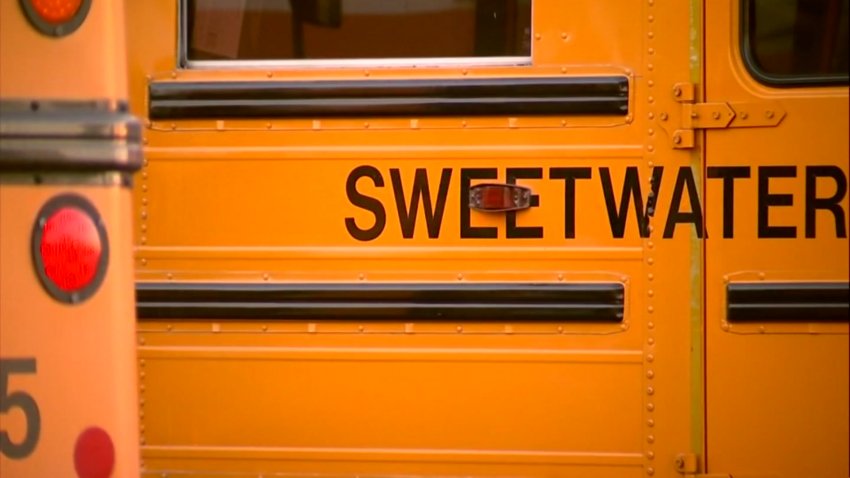 Six people -- a school police officer and five students -- were among those taken to various hospitals due to the melee. Multiple students said the situation began when a group started "play fighting" at lunch. Officials could not confirm how the fight began, but they said at most, six students were actually involved. Between 70 and 100 others were bystanders to the fight.

Officials said the school officer was struck from behind and punched on the back of the head by a student and, as a result, suffered a concussion. He will be kept until at least Sunday morning, officials said, and as of Saturday evening has not been able to provide a statement on what happened Friday.

Four students were hurt by pepper spray and the fifth was injured by a Taser. All were treated and released, school authorities said. Other students also suffered minor injuries, SDFD officials said, but those students were evaluated or treated at the scene or released to their parents.

Parents are lined up outside Lincoln High School to pick up their kids after a brawl on campus #NBC7 pic.twitter.com/aqHLmjCizn

"The safety and well-being of our students and staff are our top priority. We are cooperating fully with the San Diego Police Department as they thoroughly investigate the incident at Lincoln High School on Friday. We look forward learning the facts. One of our School Police officers was hospitalized and students were arrested. We are concerned about all of them."

In all, six ambulances were dispatched to the school. Initial reports from authorities on scene said about 20 people were involved in the fight, but Linda said Saturday only six students were involved and all others were merely bystanders.

In a statement Saturday, the ACLU of San Diego and Imperial Counties said they were "deeply concerned" about Friday's incident, adding a student was not facing charges in juvenile court as a result of the incident.

The ACLU also said the school police officer involved has a history of complaints against him, saying the officer "unnecessarily escalated the situation by singling out and assaulting the student," though other accounts may differ.

"The fact is, at this moment, the public does not know what happened and should not rush to judgment," the ACLU statement says.

The ACLU statement, in part, closed by saying:

"We are committed to working with the San Diego Unified School District, local law enforcement, elected officials, and the community to do everything possible to; ensure that these types of incidents are proactively prevented, that our public schools are safe educational environments where resources are invested in restorative justice and ensuring students receive equal access to quality education and are allowed to develop their full human potential."

Saturday, an SDUSD spokeswoman told NBC 7 San Diego she would not classify the fight as a "brawl" because it involved only six students, started by two boys. It is unclear, at this point, what caused the brawl; the incident is under investigation. No weapons were involved.

Two minors were taken into custody at the school, one for assault on an officer and the other for vandalism. Authorities have not independently confirmed to NBC 7 San Diego whether anyone will face charges.

Meanwhile, one person on social media claiming to be a witness said the incident was not a brawl at all, but rather escalated when a school officer used a Taser on a student as the student was backing up. It is one of several witness accounts, but police have not confirmed any.

The LHS administration is planning some sort of assembly to go over the incident with students Monday, allowing them to ask questions in hopes of preventing a similar fight in the future.