Sinkhole Forms Near SR-52 in Santee

The sinkhole damaged West Hills Parkway Thursday, and drivers should expect delays in the area

A sinkhole formed Thursday near State Route 52 in Santee and city officials said repair work will likely cause traffic delays in a part of the community that is already notoriously congested by traffic.

The City of Santee said the sinkhole – possibly caused by the failure of a 48-inch in diameter metal storm – damaged West Hills Parkway near SR-52. Like the rest of the county, Santee experienced scattered showers throughout Thursday.

Officials said that today’s repairs are only temporary; longer-term repair work will come next, which is likely to cause traffic delays in the area for an extended period of time. 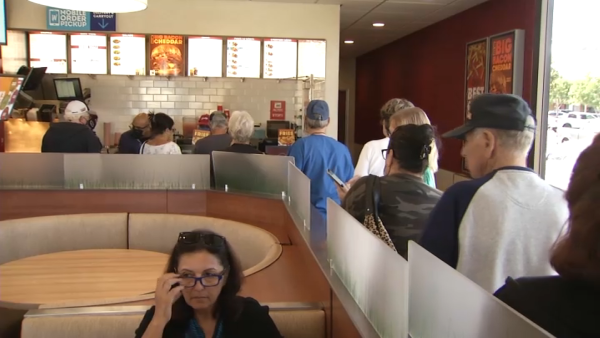 Crews from the City of San Diego will be checking in on earlier repairs Thursday night at around 9 p.m., according to officials.

Parts of the road will be dug up on Friday as part of an investigation into what caused the sinkhole.

To that end, Santee residents who commute along West Hills Parkway or take the SR-52 exits in that area -- including the very busy Mast Boulevard exit – may be impacted.

By 2:30 p.m. Thursday, the City of Santee said the temporary repairs to the sinkhole had been completed and the sinkhole was "barely noticeable." Officials said the permanent repairs will be made at a later time.

The area is near West Hills High School and the busy construction zone where the Castlerock development is currently being built.