‘I've Been So Scared': Deported Military Mom Now in Mexico

After living in San Diego for 31 years, Rocio Rebollar Gomez was deported to Mexico Thursday

A deported military mother is now in Mexico after she was barred from entering the country and returning to her home in San Diego. U.S. Senator Kamala Harris tells NBC 7 she is disappointed in U.S. Immigration and Customs Enforcement decision.

Rocio Rebollar Gomez, 51, had not been allowed to leave her home since her request to stay in the country was denied, she was deported to Mexico Thursday.

“It’s tough, yesterday was extremely stressful, sad and it’s now quiet in the house. We all have to move on and it’s painful,” Xitlaly Cruz Rebollar, youngest daughter of Rebollar Gomez told NBC 7.

Cruz Rebollar said now her mom has been barred an extra 10-years from the U.S. and hopes Senator Kamala Harris takes action soon.

“All that we can really hope for is a legislative change that can clear my mom’s prior deportations because that was the only thing holding her back,” she said.

Rebollar Gomez's son is in the military, she tried applying for a special program that protects family members of U.S. military personnel while they serve but was denied.

Cruz Rebollar told NBC 7 that she knows her mom will do her best to thrive in Mexico.

“Now that she’s in Mexico the only thing we can do is support her and keep in contact, while I and my siblings work hard to maintain the house,” Cruz Rebollar said.

On New Year’s Day, the family found that a slur had been written on their outside fence of the house. They reached out to police and hope the vandalism will be investigated as a hate crime.

“It really broke my heart because I was born in San Diego, I lived here all my life, and I never faced that amount of discrimination targeted so directly against my family,” Cruz Rebollar said with tears

NBC 7 reached out to Senator Kamala Harris and she sent the following statement:

“Senator Harris is heartbroken to hear that the U.S. Immigration and Customs Enforcement (ICE) is deporting the mother of a service member from California. This is yet another example of this administration’s cruel immigration policies that target our communities in California and unnecessarily separate families. Rocio is a businesswoman, homeowner, and mother of an active-duty Army officer – sending her away does not make us safer as a nation. Senator Harris will continue to fight for her and all families who are subjected to unnecessary deportations.” 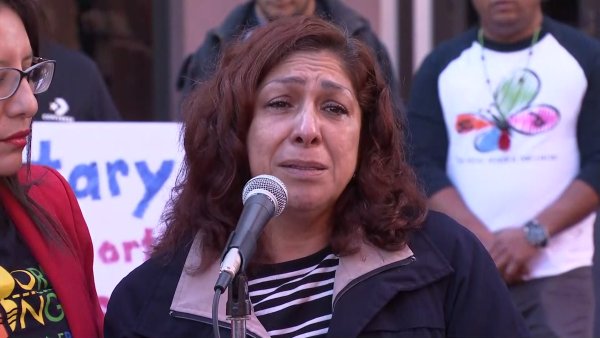 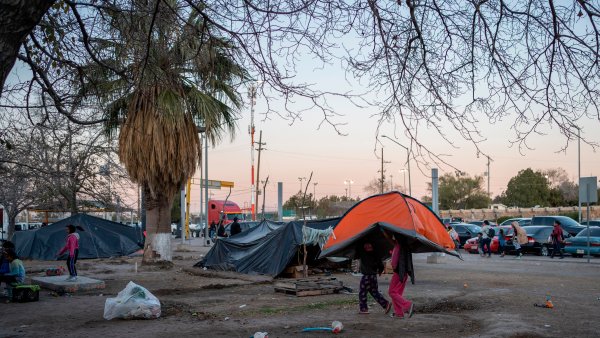