Chris Sununu told NBC10 Boston on Sunday that he blames each and every one of the senators and representatives who got vaccinated before long-term care residents.

Shortly after several congressional leaders took to social media showing themselves getting the COVID-19 vaccine this weekend, New Hampshire Gov. Chris Sununu called them out on Twitter.

Sununu told NBC10 Boston’s Katherine Underwood during a Sunday interview that he blames each and every one of the senators and representatives who got vaccinated before long-term care residents.

Sens. Elizabeth Warren, Bernie Sanders and Ed Markey were among those who said they received their first dose of Pfizer's vaccine this weekend. 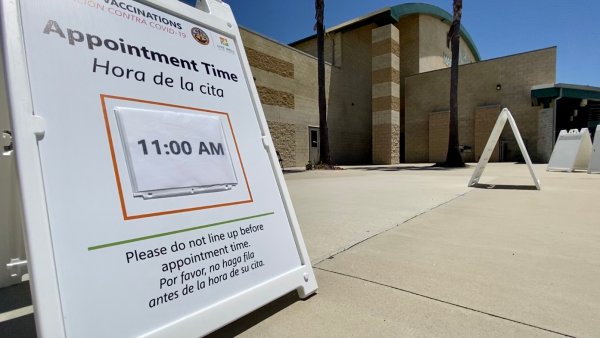 What Does June 15 Mean for Schools?

Sens. Ed Markey and Elizabeth Warren were among a handful of New England politicians who said they received their COVID-19 vaccinations this weekend.

“Because every single one of those vials that’s being used for a congressman or a senator that has been doing nothing, that hasn’t been on the front lines, is another vial of vaccine that isn’t going to a nurse or a resident in a long-term care facility,” Sununu explained of why he is so upset with them.

The governor is standing firm behind his Saturday tweet that said, in part, “Since when is doing nothing an essential function?”

“We’re on the verge of a shutdown right now and they’re getting in line for a vaccine when they’ve actually done nothing for the last eight months,” Sununu explained. “I think I’m just trying to express what most people feel.”

The vaccines allotted to Congress are designed to ensure government continuity amid the crisis. So, at the direction of Congress’ attending physician, several lawmakers received their first dose of the vaccine.

New Hampshire Rep. Annie Kuster was vaccinated and sent NBC10 Boston a statement that read, in part, “I will do anything I can to encourage my constituents to take the vaccine.”

And no matter what side of the aisle, Sununu isn’t mincing words, calling it “irresponsible and insulting” to those on the front lines of the pandemic.

“When it’s my time to get the vaccine, when it’s their time, based on health conditions and their ages, they should step up and get the vaccine,” he said. “The vaccine is safe and effective and I’ll be first one to do so when my number is called, but we are very far away from that point.”

The rest of the New Hampshire delegation opted out of the congressional vaccine supply.

Sens. Maggie Hassan, Jeanne Shaheen, and Congressman Chris Pappas told NBC10 Boston on Sunday they have faith in the vaccine’s safety and efficacy, but want to ensure the people who need it most are vaccinated first.