LONDON — People under the age of 40 in the U.K. are to be offered an alternative to the Oxford-AstraZeneca Covid-19 vaccine, as concerns over links to rare blood clots continue to weigh on its roll out.

Speaking at a press conference on Friday, Professor Wei Shen Lim, chair of the U.K.'s Joint Committee on Vaccination and Immunisation (JCVI), said the authority had updated its advice for adults under the age of 40. 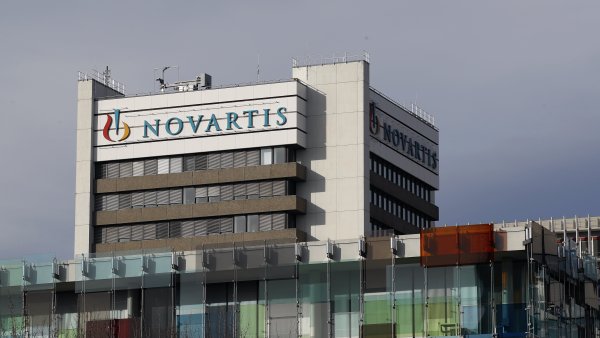 Novartis CEO Says Future Pandemics Are Bound to Happen. Here's How to Prepare for the Next One

How Rebecca Minkoff Started Her Business With $10,000 and an Appetite for Risk

"Building on our previous advice, we now advise that unvaccinated adults aged 30 to 39, who do not have an underlying health condition that puts them at higher risk of severe Covid-19, should be preferentially offered an alternative to the AstraZeneca vaccine where this is possible," he said, adding that this would only be the case where "no substantial delay to vaccination might arise."

He noted that the AstraZeneca vaccine was easier to transport and store than some of the alternative vaccines that had been approved for use, which would influence how the new advice for under-40s was applied.

"In certain settings it may be the only vaccine practical to offer and in those circumstances, it should indeed be the preferred vaccine," he explained, adding that the advice was also conditional on good Covid-19 infection control, good availability of alternative vaccines and a strong vaccination roll out in the United Kingdom.

A very small number of people who have been inoculated with the AstraZeneca vaccine have suffered blood clots.

The condition, described by health authorities as "extremely rare," is characterized by blood clots accompanied by low platelet levels.

Up until April 28, the U.K.'s Medicines and Healthcare products Regulatory Agency (MHRA) had received 242 reports of major blood clots coupled with low platelet counts occurring following a dose of the AstraZeneca vaccine.

There were 10.5 cases of blood clots with low platelet counts per million first doses of the AstraZeneca shot, the medicines regulator said in its most recent report on Covid-19 vaccine side effects. Dr June Raine, chief executive of the MHRA, said on Friday that for second doses, the ratio fell to one in a million.

The fatality rate of the rare blood clots was 20%.

In early April, the U.K. said that people under the age of 30 would be offered an alternative to the Oxford-AstraZeneca vaccine, which was approved for use in the country at the end of December.

Raine emphasized during Friday's press conference that the authority had not altered its approval of the AstraZeneca vaccine, as the benefits continued to outweigh the risks for the vast majority of people.

"The balance of benefits and risks are very favorable for older age groups, but they are more finely balanced for younger people," she said.

According to the MHRA's report – which was updated on Thursday – there had been a higher incidence of such blood clots in younger adults. There were also more reports of blood clots occurring in women, although officials noted that this was not seen across all age groups and "the difference remains small."

An estimated 22.6 million first doses and 5.9 million second doses of the AstraZeneca Covid-19 vaccine had been administered in the U.K. up to April 28.

Both the U.K. and the EU's medicines regulators identified possible links between the vaccine and the rare blood clots last month. Officials from the European Medicines Agency said most cases had occurred in women under 60 within two weeks of having the shot.

The World Health Organization and the International Society on Thrombosis and Hemostasis have all said that the benefits of administering the Oxford-AstraZeneca vaccine continue to outweigh the risks.

GBS causes inflammation of the nerves and can lead to pain, numbness, weak muscles and difficulty walking.

The regulator said its safety committee had asked AstraZeneca for further detailed data on cases that had been reported following vaccination.

A spokesperson for AstraZeneca was not immediately available for comment when contacted by CNBC.