The Padres, who had a four game winning streak snapped on Monday, got back on track Tuesday, scoring 13 runs on 17 hits in a wind aided 13-7 win at Wrigley Field. The run and hit totals were season highs for the Friars who have now won five of their last six games. The run total was actually a franchise high for the Padres at Wrigley .

Carlos Quentin broke out of his mini-slump, going 3-for-4 with 3-RBI, 3 runs scored and a home run. Yonder Alonzo and Nick Hundley also homered for the Friars. Every Padres starter got a hit including pitcher Edinson Volquez, who won his second consecutive game. Volquez (2-3) pitched effectively enough in what was a challenging wind for both pitching staffs.

A statistical oddity came to an end. The Cubs streak of 25 games decided by four runs or fewer to start the season ended. That run was second all-time behind only the Detroit Tigers who did it in their first 33 games of 1914. 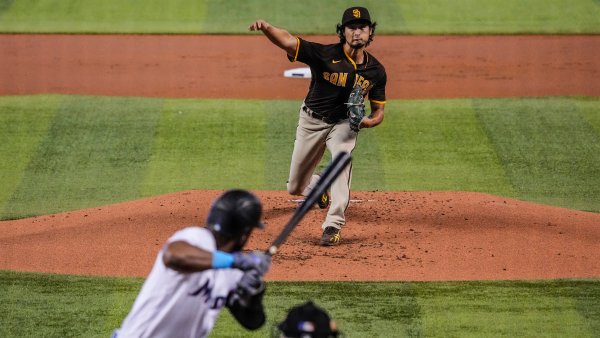