Stuntdouble and DJ Tenshun present their vision of hip hop

In between undergraduate courses at SDSU, English major and San Diego native Bob Surratt, aka Stuntdouble, releases rap music. His most recent offering, "Pump the Brakes," arrived in September as a six-song EP, produced by DJ Tenshun.

It's a summary of Surratt's current relationship with hip hop, one that finds him broadcasting his personal grievances. It's a familiar sentiment, because nothing is more "hip hop" than pointing out what's wrong with it.

"Heads need to pump the brakes," he said. "Don't get too big for your britches. Some old head might come out the wood work and remind you that people have been doing this stuff since the '70s." He added, "there is a rift happening in hip hop right now between the young and old. Old people need to pump them brakes too. Leave them kids alone and let them make the music they want." 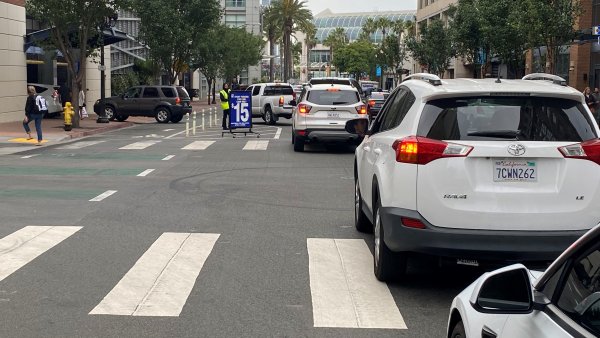 That may seem like a hyper-critical analysis, but the EP itself is pretty straight forward. Tenshun lays down vintage samples, velvet sheets of sound that allow Stuntdouble a proper canvas to poke and prod sucka MC's.

"Check your heart rate, stop the GWAR tape, call your mom before you don that war paint, all these theatrics is Norway ornate, heads might as well battle rap in corpse paint," he raps on "Wunderbars," letting off steam at the expense of an anonymous but fraudulent antagonist.

There's chest pounding on "Nice Hands" and religious clarity via "Odd Complex." But it's on "A--hole" that Stuntdouble finds his sweet spot, rolling out syllables over rat-a-tat percussion and manic horn stabs with a vocal timbre that channels Def Jux era Mr. Lif.

Even so, Surratt's true to himself, and the outcome makes for a good time as "Pump the Breaks" is, after all, a rap project about rap music. Not to mention, "Just some fun s--- me and Tenshun had on deck."