Viva Voce's appearance was cancelled for health reasons but the show will go without them, according to the Casbah -- Ed.

Viva Voce's songs seem to come from another world. The gleaming guitars, the purred vocals, the churning sexuality -- it's all so hypnotic and ethereal that it's hard to believe such fantastic music was created by mere mortals.

But it was -- two of them, to be exact. Married couple Kevin and Antia Robinson have been working as Viva Voce for more than a decade now, and they've got a stunning discography to show for it. Albums like 2004's smoky The Heat Can Melt Your Brain, 2006's slow-burning Get Yr Blood Sucked Out and 2009's blistering Rose City are each classics in their own right, and now Viva Voce have added another notch to their belt. 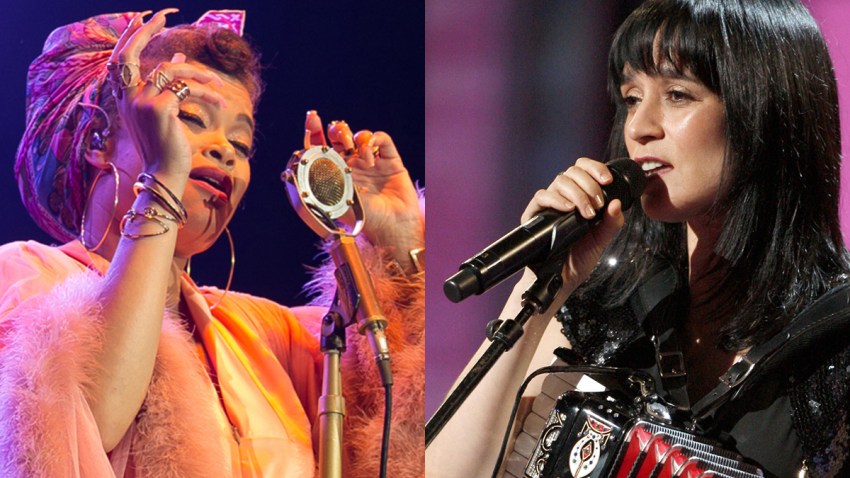 This year's excellent The Future Will Destroy Us finds the band at its peak. Their guitar-heavy compositions have always been top-shelf, but the duo's skill with sumptuous production has only increased over the years, and every picked note radiates warmth like a space heater on a cold December night. Future also finds Anita taking over the once-shared vocal duties, resulting in a softer, more inviting sound that both augments and belies the record's themes of isolation and paranoia. So, yeah, it's one of the year's best albums.

You can experience Viva Voce's brilliance in person on Oct. 6, when they play the Casbah with fellow Portlanders the Parson Red Heads and San Diego's own John Meeks and Joanie Mendenhall. Tickets can be purchased here, so don't miss out. Trust us, it's gonna be out of this world.