April Showers Us with Shows

April is going to be an incredible month for music! We benefit from Coachella going to two weekends with the same lineup because many of those bands are playing local shows: a whole week's worth. Put that in the mix with the normal touring bands and I hope you saved some pennies to attend. Coachella San Diego Week starts on the 13th and continues through the week. Pick one or many, but go see some shows!

Tuesday, April 3, Sleigh Bells will destroy 4th & B with their fierce electro-punk assault. It's going to get loud. 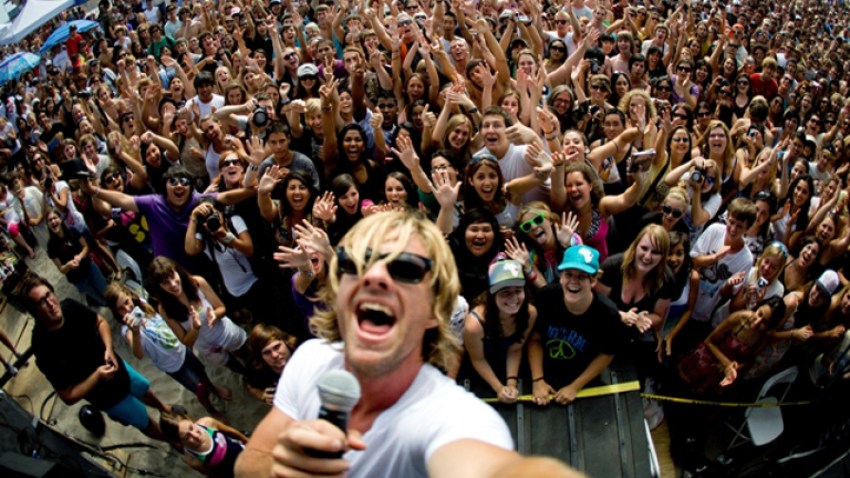 Sunday, April 8, UK folk-rockers Dry the River play the Casbah. Some comparisons have been drawn between them and Mumford & Sons.

April 12, Jamaican ska legends the Skatalites play the World Beat Center in Balboa Park. Lester Sterling is the only surviving member of this band that is the foundation of ska, rocksteady and reggae.

Friday the 13th, it's either 80's new-wavers Bow Wow Wow at Brick By Brick or electronic artist and Coachella performer SBTRKT at House of Blues.

April 14, it's another two-fer with the Melvins, the Seattle legends that inspired Nirvana, at the Casbah. Over at the new all-ages venue the Irenic, it's the Rapture, a band that had its early beginnings in La Mesa. Opening the show will be Beehive & the Barracudas.

April 16 brings the "Spectacular Spinning Songbook" and Elvis Costello to Humphreys by the Bay. If that's not your cup of tea, Coachella performers M. Ward and fIREHOUSE hit the Belly Up stage for a co-headlinging show.

April 17 is a tough one because I can't decide between the Hives and the Bronx at the Belly Up, Madness at Humphreys by the Bay or Noel Gallagher's High Flying Birds at the Balboa Theater. All are Coachella performers. Decisions, decisions...

On April 18, pick between the Buzzcocks at the Belly Up, Band of Skulls at the Griffin or tUnE-yArDs and St. Vincent at the House of Blues. More Coachella spillover...

April 19 gets a bit easier with just two to pick from: James at the House of Blues or We Were Promised Jetpacks at the Casbah.

After all the Coachella goodness spread around Southern California and after all the shows I've attended on this list, I believe I'll be going into hibernation for the rest of the month, but don't forget that there is a three-show run at the Hard Rock Hotel coming up you won't want to miss. On April 24, Filter presents SoundCheck with Best Coast and the Kabbs. The next night is Maryjane's Underground with Alien Monster, and on the 26th it's our next SoundDiego LIVE event with the Nervous Wreckords and the Howls. Don't forget to RSVP.

Tim Pyles hosts The Local 94/9, FTP show and the Coup d'Eat on FM94/9 on Sundays from 6 p.m. to 10 p.m. He also books local acts at the Casbah and hosts the weekly Anti-Monday League. Check out his website and follow him on Twitter @thelocalpyle. You can reach him directly here pyleste@yahoo.com