The Dark Side of the White Buffalo

Jake Smith, aka the White Buffalo, returns to the Belly Up on Jan. 1

Jake Smith, aka the White Buffalo, once described his music as being about “relationships, love, loss and booze with a little murder mixed in” -- and he isn’t wrong.

On his fifth studio album, 2015’s “Love & The Death of Damnation,” the baritone-voiced, folk/Americana troubadour (who "Sons of Anarchy" producers tapped for several songs during the show's run) continues his streak of inspired everyday-man tales -- taking his dusty dirt road journeys past the county line with a broken heart, a bottle of Jack and maybe a still-smoking gun to boot.

Smith (whose touring band includes San Diego producer/musician Christopher Hoffee) is all about the ever-important story and the centuries-old tradition of passing down tale through song: He’s written about war-torn soldiers returning from Vietnam, penned laments about struggling with suicide, authored dirges about drug deals gone horribly wrong -- and while they’re mostly imagined accounts, they’re all inspired by real life. For example, his 2014 full-length, “Shadows, Greys and Evil Ways,” was a concept album about a relationship between two characters (Joey and Jolene White) torn apart by PTSD. 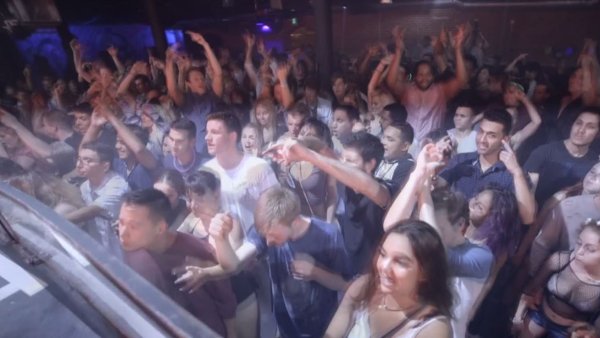 “There aren’t really that many songs about war, let alone a whole album about the effect it can have on people,” Smith told dyingscene.com's Jay Stone last year.

Sure, it seems like Smith gravitates toward the dark side of life more often than not, but many great poets -- at their core -- address and observe the human condition through that which ails us. The singer-songwriter seems plenty aware of it.

“I think I end up going to relationships, drinking and murder,” Smith said in that same interview. “Alcohol, violence and love are my things, so inevitably, I end up writing a lot about that. I love to play with the idea of damnation, or heaven and hell, or good and evil, and that kind of thing.”

Join the dark side when the White Buffalo rides into town on Jan. 1 at the Belly Up.