I Am (Not) Not a Hipster

The hipster subculture is unique in that its membership requires denial from its own members. Hipsters have re-emerged from their 1940s origins and have more or less stuck around for the last decade in their modern day incarnation as largely apathetic, artistic elitists. Parodying the hipster is nothing new, with massively popular websites like Hipster Runoff taking aim -- hipsters have become the subjects of their own critiques.

Show Must Go On: San Diego Music Awards Return in 2021 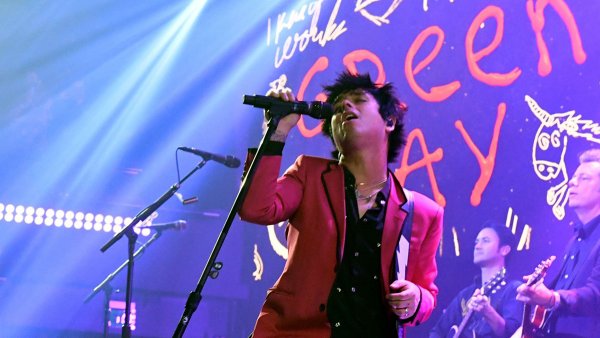 So, it was only a matter of time before an indie film blatantly called it what it is. In an aptly titled film, I Am Not a Hipster, the San Diego-based Sundance Award-winning filmmaker Destin Daniel Cretton portrays the story of an aspiring artist and aspiring adult trying to find out who he is while making it as a musician in San Diego. This is Cretton's second Sundance film, following on his short-film win for Short Term 12. I Am Not A Hipster explores the San Diego indie music scene in a raw and incredibly human way -- the hipster walls come down, exposing vulnerable young adults struggling with lingering adolescent malaise and grappling with their dysfunctional relationships. Real life stuff.

The intersection of real life and fictional narrative is apparent, with local musician Joel P West providing the original score under the moniker of a band called Canines in an effort to separate himself as an artist from the artist that coincidentally resembles him in the film. Cretton admitted that the script unravelled organically, with no preconceived plot; rather, he said, he allowed the characters to develop naturally. This is what makes the film feel real. The trailer itself is so ironic and self-aware that it's painfully relatable to anyone who has tried to pursue art courageously or, at the very least, tried to fit in that scene. A gorgeously eerie Canines song plays throughout the trailer with the lyrics "No idea who I am" reflecting the extended adolescent hipster period eloquently.The trailer also features all the ingredients necessary for a proper hipster film: bikes, beautiful girls, guitars, DJs, breakdancing, alienation and empty relationships.

And this is all without mentioning the stellar group of San Diego artists featured on the soundtrack, including Black Mamba, Cuckoo Chaos, the Donkeys, Jamuel Saxon, Joel P West/the Tree Ring and John Meeks. The website includes the entire Canines album - written entirely by Joel P West in the spirit of Dominic Bogart's character, Brook Hyde. Canines has its own bandcamp and Facebook page, making the film seem even more real.

I'm excited to see what kind of recognition this film will receive at this year's Sundance Film Festival. Whatever the outcome, I can assure you that hipsters everywhere will say it's lame and then watch it and fall in love, making it a cult classic. Hey, it happened to Garden State.

Nada Alic runs the San Diego-based music blog Friends With Both Arms.Follow her updates on Twitter or contact her directly.