9 San Diego Bands That Should Reunite

Sometimes you’ve just got to get the band back together. Music scenes are cyclical and the one right here in San Diego is no different. Bands come and go, those musicians regroup and start different projects, and those usually come and go as well. Some break up and then immediately get back together (looking at you, Mrs. Magician) and then there are those that go on a break for years and then play a random gig (like, say, the Black Heart Procession). But it got us thinking: What local bands do we miss the most? Of course, in a list like this, keep in mind, we’re only human -- and our list is only nine entries long. So we can’t include everyone, or even come close to it. You’ve got your faves and we’ve got ours, so do us all a favor, put your own list together and let us know who’s on it.

Blink-182: First off, yes, of course we know they're still a band. Secondly, kinda joking. While we got mad love for Alkaline Trio's Matt Skiba, there's just something about that original Blink lineup with Mr. Delonge that had us "feeling this." If anything, just get together for the kids -- and go investigate UFOs on your downtime, Tom.

The Burning of Rome: What happened to TBOR? They were one of San Diego's (and the Dallas Cowboys') most in-demand bands and cleaned up at the 2014 San Diego Music Awards. When the going got weird, the weird got going -- right to this band's epic rock shows (which are stuff of near-legend now). There are dark web rumblings of a new album...but where art thou, Rome-o? 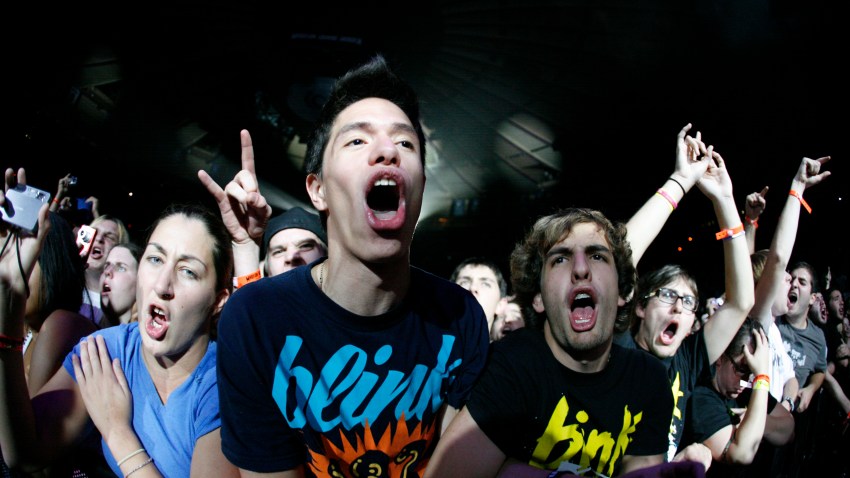 Cuckoo Chaos/Deadphones: Sometimes inexplicable stuff in life happens and we're left trying to make sense of it all (#justiceforBarb). Cuckoo Chaos had, for all intents and purposes, a great thing going and for some reason, made a nightmare-of-a-PR move after six years and rebranded themselves as Deadphones -- only to break up, or kinda fade away, right after (or was it before?) releasing their excellent self-titled 2014 album. Oddly enough, they just released the last of the videos they made for that record, which TBH, has us pulling our hair out even more. Do us a favor and regroup, dudes. We want, we need.

Family Wagon: For those of you that remember, Family Wagon was a not-that-distant incarnation of a now-younger-and-wilder bunch that intentionally sold out for pop radio, the "millennial whoop" and synth tunes. While there's nothing inherently wrong with that (hate the game, not the player), we long for the days when you could hit up the Casbah for a Monday-night Family Wagon residency that packed a good, ol' fashioned '70s-rock wallop. Time for a Family reunion?

Hyena: This charismatic and infinitely enjoyable dance/pop duo left panties, empty PBR tall boys and dance moves galore in their wake when they'd hit stages all over a few years back. While one-half of the group, Bryan Stratman, now does Strat & Mouse (and our Sept. 16 SoundDiego LIVE party), it'd be nice to see him joined again by his live-drum partner in grime, Michael Cooper.

Incredible Moses Leroy: Ron Fountenberry may have made a comfortable living for himself doing commercials for the likes of Apple, Toyota, Target and tons of others -- but the guy's stint in/as the Incredible Moses Leroy (and then subsequently the Softlightes) had us pumping up the volume of his delightful experimental indie-pop tunes over a decade ago. Apparently he's onto new things with a project called Ghost Hours (which we ain't mad at) but is it too much to wish for an Incredible return?

Okapi Sun: Once upon a time, this sugary pop duo of Maren "Leo" Parusel and Gabriela "Dallas" Sanchez put on dance shows across the nation that seemed like fun slumber parties for adults that didn't want to or couldn't quite handle the drug and alcohol-fueled debauchery of true down n' dirty EDM clubs. Basically, Okapi Sun were EDM lite: the two ladies would jump around on stage in masks, playing bubbly synth pop while effortlessly engaging those curious souls who wandered within earshot to join their dance party. It was infectious, and while maybe not for everyone, landed 'em a record deal, a Puma endorsement and a very busy calendar. Until, out of nowhere, it wasn't. While they very suddenly hung it up, we can't help but wonder: Where are they now?

Pitchfork: Some call 'em the best post-hardcore band of all time, and we don't disagree -- the pre-Drive Like Jehu/Hot Snakes Rick Froberg/John "Swami" Reis band was simply ferocious. If their other bands can periodically get back together, maybe a Pitchfork reunion ain't out of question? C'mon dudes -- maybe hit up Spreckels Organ Pavilion for round two? One can dream.

Republic of Letters: This trio (Chris and Nick venti, and Martin Niwinski) always had a soft spot in our hearts (we tapped 'em for one of the very first SoundDiego LIVE parties after all) with their addictive alt-rock and spirited shows. While we're loving Nick's '80s-synth-pop-influenced solo endeavor, Nicky Venus, we'd love to see him again behind the kit again. You know, for the Republic.