Have You Met New Mexico?

Seeing New Mexico play is like walking into a tornado. No matter how much you brace yourself or tell yourself you can withstand the force, you're still going to get knocked on your ass. The San Diego trio's explosive garage rock assails and enchants the listener with serrated guitar lines and rapid-fire drumming. And at the eye of the storm, Rob Kent's tipsy vocals exude danger and rock & roll bravado.

In November, New Mexico --formerly known as Apes of Wrath -- successfully committed their tempestuous sound to tape as a seven-track debut entitled Have You Met My Friend? Thanks to the triumphant highs of songs like "Motion Sickness" and "Chosen Ones," the 32-minute EP was the best recording to come out of San Diego last year.

As strong as those tracks are, the EP's best song has to be "Case Closed" (MP3), a tour de force that shows off the group's skill at building moments of slow-burning beauty into hyperactive sonic onslaughts, all while retaining a decidedly melodic center. The band recently performed the song during a live session for Pinpoint Music -- do yourself a favor and watch the gorgeously shot video below: 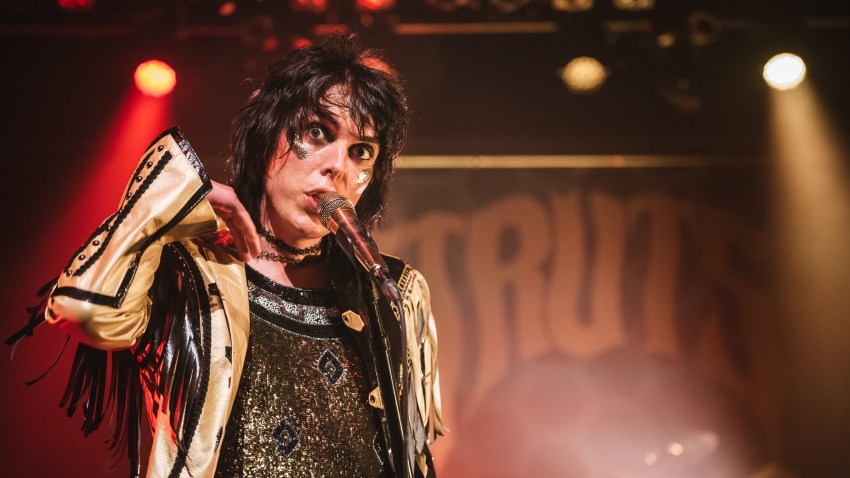 the struts 1 hour ago

That clip should leave no doubt in your mind that you need to catch New Mexico live, and as luck would have it, they're set to play the Casbah on Jan. 21. As if that's not reason enough to go, openers Transfer and D/Wolves will be on hand to complete the hard rock trifecta. Tickets can be purchased here.