The Aztecs could move into the top five for the first time since February 2014, when they were headed to the Sweet 16 for the second time in school history

San Diego State home basketball games are starting to feel like they did back in the Kawhi Leonard era, when a packed Viejas Arena rocked and the Aztecs reached the Sweet 16 for the first time.

This time, it's a trio of transfers leading the No. 7 Aztecs back into national prominence. New Zealander Yanni Wetzell stepped up with 17 points and a career-high 16 rebounds Saturday night for SDSU, which got hot in the second half and beat Nevada 68-55 to remain the nation’s only undefeated team.

The Aztecs pulled within one of the best opening streak in school history, a 20-0 run led by Leonard in 2010-11. That team finished a school-best 34-3.

With fellow big man Nathan Mensah missing his sixth straight game with a respiratory ailment, Wetzell had his best game with SDSU.

“I was just that much more extra aggressive," said Wetzell, a graduate transfer from Vanderbilt. “We were down a couple at half and I knew that as a fifth-year senior I had to step up and try to lead these guys a little. I was just trying to be as aggressive as I can on the boards."

Wetzell's only mistake, it seemed, was an inadvertent tip-in that gave Nevada its only points during a 17-2 Aztecs run in the second half.

“Technically he had 19 points; just two for the other team," SDSU coach Brian Dutcher cracked. 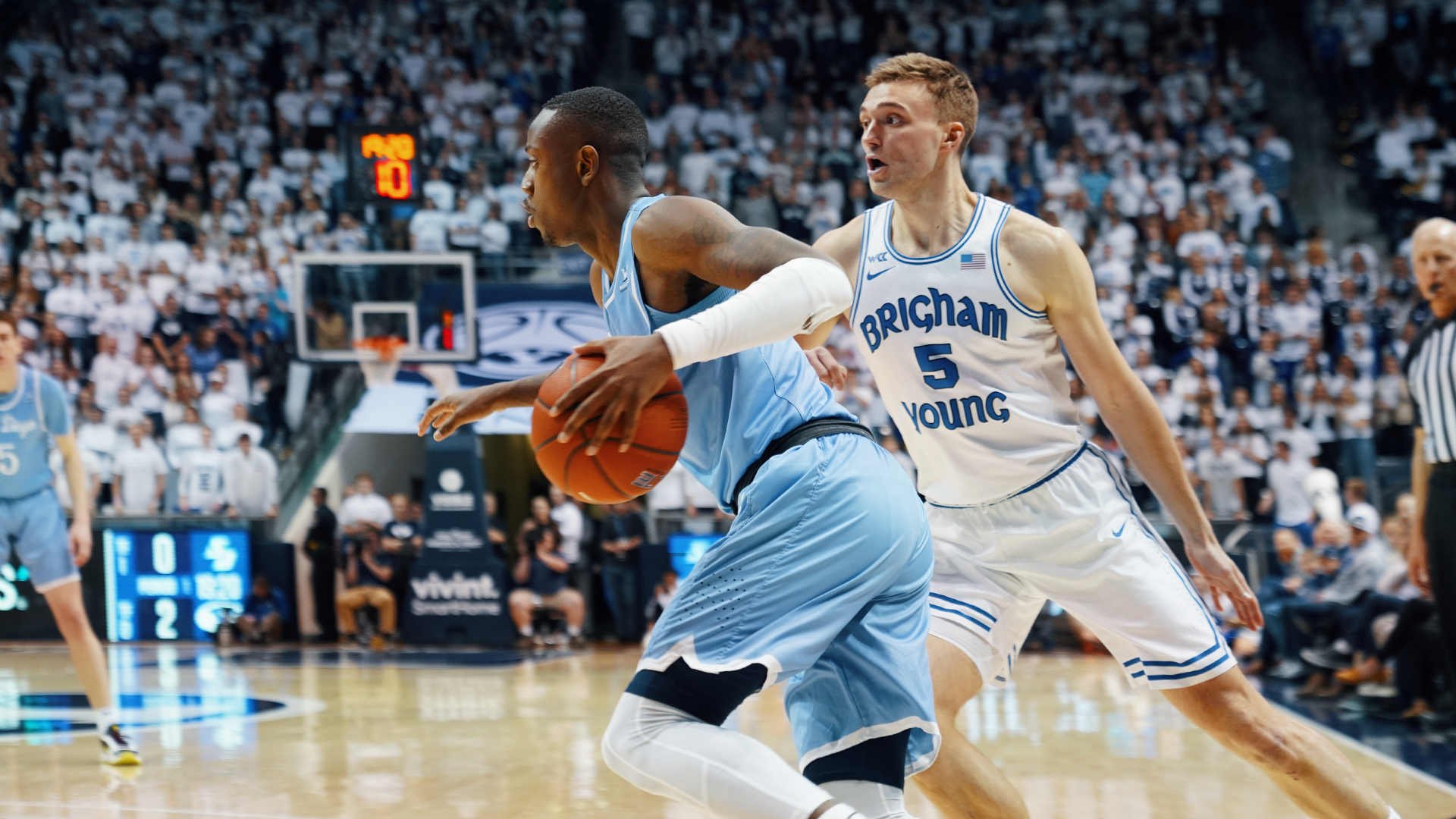 Trailing 35-33 at halftime, SDSU changed up its ball-screen defense and staggered Nevada to send a charge through Viejas Arena.

“Proud of our effort, proud of the way the guys hang in there," Dutcher said. “The crowd was incredible. I mean, I can't imagine a team coming in here and being comfortable playing in this noise. They can't hear their coaches, they're trying to call timeout, they can't hear them calling timeout. It's just a great home-court advantage when this building is full and rocking the way it is."

Jalen Harris, the Mountain West's second-leading scorer, had 16 of his 19 points in the first half for Nevada (11-8, 4-3), which withered offensively in the second half. Jazz Johnson scored 13.

“It’s always been a great environment," said Nevada coach Steve Alford, who is familiar with the Aztecs from his days coaching at New Mexico. “They do such a great job and have a great student section. So, as far as home courts, it’s a very difficult place to come in and play.

“I thought the players did a good job starting out the second half and the crowd got behind that and kind of accelerated things and we didn’t handle that very well.”

SDSU trailed 35-33 at halftime, but grabbed control in the opening minutes of the second half. Wetzell fed Schakel for a 3, Mitchell had a reverse layup and Flynn made a layup for a 40-35 lead, forcing Alford to take a timeout and firing up the crowd.

Nevada tied it at 40 when Johnson made a layup and then hit a 3.

But SDSU quickly jumped to an eight-point lead on Mitchell's bucket off a rebound, a free throw by KJ Feagin, a corner 3 by Mitchell and a jumper by Wetzell.

SDSU shut down the Wolf Pack after that.

It was just the second time this season SDSU trailed at halftime.

“The energy was a little different, but luckily we're an older group so we regathered and regrouped and came out aggressive in the second half," Wetzell said.

“Instead of corralling the guard, we started to drop back and kind of gave up the mid-range shot for those guys," he said. “They started missing a few, so that's when we started getting a run and had a hot streak in the middle there."

Nevada, the second-best 3-point shooting team in the MWC, went 7 for 13 from behind the arc in the first half. The Wolf Pack trailed by two when Zane Meeks and Harris made consecutive 3-pointers to make it 28-24 with 5:42 to go.

The Aztecs could move into the top five for the first time since February 2014, when they were headed to the Sweet 16 for the second time in school history.