The Tokyo Games are almost here. We individually revisit an amazing Olympic memory, per diem, over the 25-day leadup.

This countdown began on Monday, June 28. Here are parts one, two, three and five.

NBC will have comprehensive coverage of the Tokyo Olympics' Opening Ceremony on Friday, July 23, beginning live at 6:55 a.m. ET. The ceremony will be re-aired at 7:30 p.m. ET for U.S. viewers who tune in for primetime, then replayed again overnight. 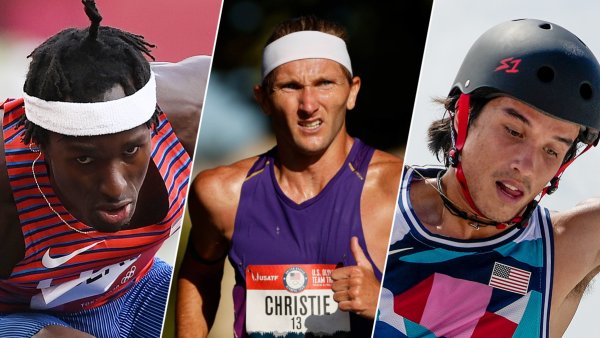 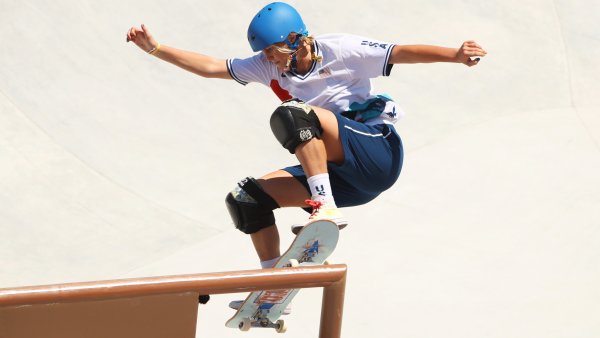 Four-time Olympic gold medalist Simone Biles has four moves named after her – two are floor elements, one's on beam and another's on vault.

Reigning world 200m champ Noah Lyles earned his first Olympic berth at the 2020 U.S. Trials, postponed to 2021, by winning the event's final in a world-lead 19.74. Kenny Bednarek took second and high schooler Erriyon Knighton, 17, got third, to both also qualify.

Lyles entered Trials having run eight of the top 11 men's 200m times in the world since the 2016 Rio Games, although none were more recent than September 2019. And after missing the 100m team early on and losing to Knighton in both his heat and semifinal in the 200m, some had doubts.

But Lyles put on a show in the final, clocking his best time in about 22 months, which gave him nine of the top 12 times in the cycle.

Matthew Centrowitz made history at the 2016 Rio Games by winning the United States its first Olympic gold medal in the men's 1500m since 1908.

The Maryland native and Oregon alum, who's father is an Olympian from 1976 and a former U.S. record-holder in the 5000m, executed well in an incredibly tactical race, holding off the field in a blistering final lap to finish in 3:50-flat — just 1.73 seconds separated places one through 12.

The last U.S. man to win the race at the Olympics, Mel Sheppard, did so at the 1908 London Games. He clocked a then American-record 4:03.4 on a dirt track to beat five Brits, a Canadian and fellow American James Sullivan, who didn't finish, in the final.

Women's soccer has been part of the Olympic program since 1996, and it wasn't until the 2016 Rio Games that the United States left without a medal.

The U.S. has won four of the six Olympic golds in history, and entering Rio were three-time defending Olympic champions. But in the quarterfinals against Sweden, the Americans after tying 1-1 in regulation lost 3-4 via penalty shootout and were eliminated. Sweden went on to earn silver.

Team USA also won silver in 2000 when it lost 3-2 to Norway. Tokyo marks the seventh time women’s soccer has been competed at the Games.

At U.S. trials, two days after failing to make the final in the 100m freestyle – an event in which she's the reigning Olympic gold medalist – Simone Manuel got a last-chance opportunity to make her second Games by successfully advancing to the final of the 50m freestyle.

The next night, on the final day of trials, she made it happen, winning the 50m free final by a hundredth of a second in 24.29 to shed an incredible amount of weight off her shoulders. Manuel won silver in the event at the 2016 Rio Games.