Baseball is fun again in San Diego, where the Padres are heading into one of their most anticipated seasons ever.

The main focus is always on electrifying shortstop Fernando Tatis Jr., who has reached full-blown superstardom and received a $340 million, 14-year contract — the longest in MLB history — without having yet played the equivalent of a full season.

Also in focus is San Diego’s revamped rotation. With Yu Darvish, Blake Snell and Joe Musgrove leading the way, it’s expected to be one of the best in baseball, the product of general manager A.J. Preller’s relentless wheeling and dealing.

And, of course, all eyes will be on NL West race against the rivals up the freeway, the Los Angeles Dodgers, who stand in the way of where the Padres want to go.

Anchored by a star-studded infield featuring Tatis and third baseman Manny Machado, San Diego ended a 13-year playoff drought and won a first-round series against St. Louis last season before being swept in the Division Series by the Dodgers, who went on to win the World Series.

They also look to welcome back fans to Petco Park, which, due to the coronavirus pandemic, was empty when the Padres clinched a playoff spot and when they clinched a wild-card series against the St. Louis Cardinals. Thousands of fans packed downtown to celebrate that win, and the Padres hope fans get to celebrate inside the downtown ballpark this year. 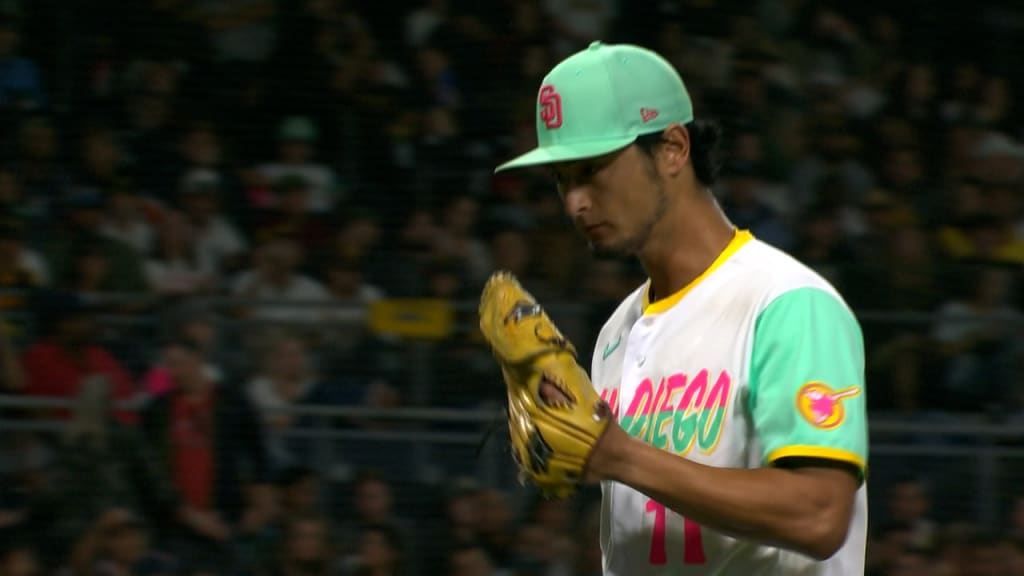 Musgrove, who pitched for Grossmont High in suburban El Cajon, is looking forward to having family and friends in the ballpark as California slowly reopens.

When he heard during a Zoom call with the media that there should be limited capacity for opening day, Musgrove pounded his fists on a table and said, “Good news. It’s exciting, man.”

“I’m thrilled to have fans in San Diego,” he said. “I know these fans are excited. It’s been a long time since they’ve been able to come to games and I know they’re waiting to watch this team.”

Tatis — a son of former big league infielder Fernando Tatis — has played in only 143 games during two seasons, including the pandemic-shortened 2020 season, yet has quickly become one of the faces of baseball. He stands out because of his flair, easy smile, blond dreadlocks flowing from under his cap and his dance moves in the dugout after hitting home runs.

He vows his big contract won’t change him. “I’m playing the game I love. And I feel when you do the things with passion and with love, I feel like it’s going to reward you,” he said. “And I feel like when people ask me how I’m going to play this game, I’m just going to be the same kid every single time.”

The Padres ran out of pitching in the playoffs and Mike Clevinger had Tommy John surgery in mid-November. No worries for Preller, who quickly rebuilt the rotation with a flurry of blockbuster trades after Christmas. He landed Darvish and Snell in the span of about 24 hours, and a few weeks later added Musgrove.

Those moves bumped Chris Paddack, the 2020 opening day starter, down to No. 4. Dinelson Lamet, who missed the playoffs with an arm ailment, doesn’t look to be ready for the start of the season, which could open the door for Adrian Morejon or one of two top rookies, MacKenzie Gore, baseball’s top pitching prospect, or Ryan Weathers. The Padres could go with a six-man rotation at times.

The Padres haven’t identified their closer after losing Kirby Yates and Trevor Rosenthal to free agency. They have four relievers on the roster who have closed before: left-hander Drew Pomeranz, newcomer Mark Melancon, Emilio Pagán and Keone Kela.

Fans are eager to see how South Korean slugger Kim Ha-seong will do against big league pitchers. He’ll be used as a utility infielder.

At some point this season, the Padres are expected to promote Gore, a left-hander, as well as Weathers, who made his big league debut with 1 1/3 scoreless innings in the opener of the NLDS against the Dodgers.

Pham has bounced back from needing 200 stiches after being stabbed in the lower back during an altercation in a strip club parking lot in mid-October. Grisham strained his left hamstring during a spring game and catcher Austin Nola fractured his left middle finger on a foul tip, leaving his status for opening day in doubt.