Sumo is coming — well, almost coming — to the Tokyo Olympics.

Knowing it may have the world's attention, the Japan Sumo Association and local Olympic organizers are planning a sumo tournament on Aug. 12-13, just days after the Olympics end.

The event was announced on Tuesday and is designed to bring more attention to the Japanese sport. It will be part of a local cultural festival and will take place at the Ryogoku Kokugikan arena, sumo's spiritual home in east Tokyo.

Event organizers say the tournament will give visitors from overseas an opportunity to watch the sport. The venue is the same one in Tokyo attended by U.S. President Donald Trump last year.

The roots of sumo can be traced back to the Shinto ritual for a good harvest in the 8th century. It later was used as martial arts training for samurais before becoming entertainment for ordinary people during the Edo period, 1603 to 1868.

The Edo period brought the introduction of stylized rules including the art of entering the ring, the use of loin cloths, topknots and kimonos, as well as fighting regulations.

Sumo rituals are some of the most traditional in Japan, and the sport is highly cloistered and mostly closed to outsiders. 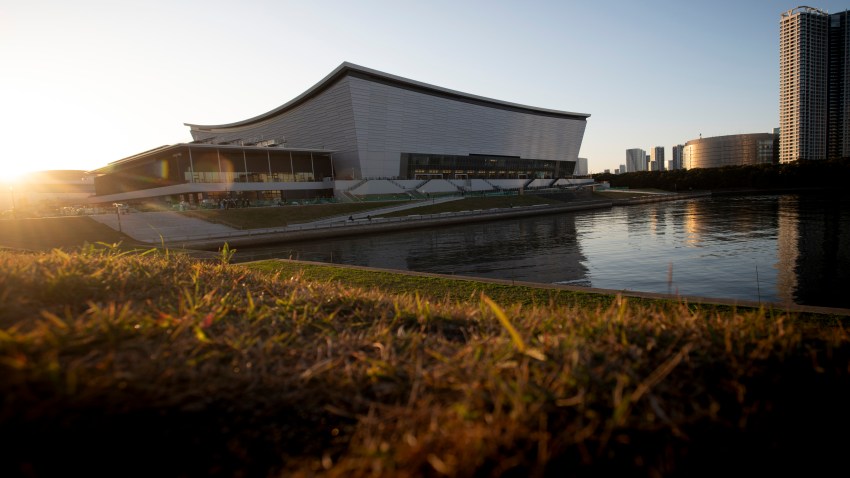 The yokozuna — the grand champion rank of rikishi, or wrestler — has a special place in the customs.

Unlike other athletes, rikishi are considered living performers of a cultural tradition and are expected to be role models. This is especially true of the yokozuna.

Only men can become professional rikishi. Under sumo’s Shinto tradition, women are considered unclean and are not allowed to enter the elevated dirt ring, or dohyo.

In 2018, a sumo referee blocked women who went up to the dohyo to provide first aid for a mayor who collapsed in the ring while making a speech at a sumo event in Kyoto. It triggered criticism that sumo officials were prioritizing their gender-biased tradition over someone’s life.

Based on Shinto belief, the dohyo is considered sacred. Before every tournament, Shinto priests perform rituals to pacify the gods by pouring rice, sake and other offerings into a little hole in the center of the ring.