The Friars have dismissed their skipper after a losing season, though General Manager A.J. Preller said Jayce Tingler was offered an opportunity to remain with the organization

Coming out of spring training, the Padres were supposed to be shoe-ins for a playoff spot. They had one of the most talented rosters in the game and were an improved version of the team that last year, won its first playoff series in 22 years.

In May, they had the best record in baseball. Then it all fell apart. San Diego lost 34 of its last 50 games to finish with a 79-83 record.

Justified or not, manager Jayce Tingler is taking the blame for it all.

Tingler on Wednesday was relieved of his managerial duties, General Manager A.J. Preller announced, though Tingler has been offered an opportunity to remain with the organization.

"Jayce accomplished a great deal in his two seasons with the Padres, leading our team through an unprecedented pandemic and into the postseason for the first time in 15 years," Preller said.

“It's my responsibility ultimately to put a product on the field that can deliver on those world championship aspirations. A big part of that responsibility for me is hiring a manager and a staff that is able to execute the organization's vision and ultimately felt this was a change we needed to make in order to get us on that big stage,” said Preller at a news conference following the announcement. “We feel like we have a talented roster. We feel like we have a team that should play into October.”

After firing his second manager in 3 seasons, Preller said during Wednesday's press conference that ultimately he, not the manager, is responsible for the overall success of the Padres organization.

"The responsibility for our baseball product and our team falls on my shoulders, and the coaching staff and the manager, that's all part of it. When you look at the progression of the last few seasons, I think with Jayce we took steps. I think last year getting to the postseason and winning a playoff series, this year when you look up and see the team that lead the wildcard chase for probably three quarters of the season, I think those are meaningful steps, but I think the part of it that we have to get right, right now is getting a coach here and a staff, and really the whole baseball operations staff in a spot where we can win a world championship."

When asked how important experience would be in hiring the Padres next manager, after two consecutive rookie managers, Preller said, "There's a lot of different types of experience, experience is always important. We will get more into this over next couple of weeks the factors we will be looking at, leadership, guys that get players to perform. Ultimately, we'll be looking at the best and brightest over the next few weeks to get this right."

Tingler issued a statement saying in part, "It's been the honor and privilege of a lifetime to manager the San Diego Padres and lead this group of men. I'm truly thankful for the opportunity and grateful for the tireless effort of our players, coaches and support staff over the last two years."

Over the weekend, we heard multiple reports that Tingler was going to be let go and that he'd lost the support of the clubhouse. Some went so far as to suggest players had gone to Preller asking for Tingler's dismissal. Tingler addressed those rumors in a way that makes his departure so conflicting — he may not be a very good manager, but he just seems like a really nice guy:

"I don't think anyone quit. I know there have been some anonymous names thrown around. I think, in the real world, not everybody likes their boss," said Tingler after Sunday's season finale loss in San Francisco. "But with that being said, these guys ... I believe ... played their asses off. I will not stop defending them. I will not stop caring. When guys go out, they play banged up, they play hurt, they get here early to get on the field. They do everything in their power to play for their teammates. That's something that I will not back down from and that's something I will defend and support." 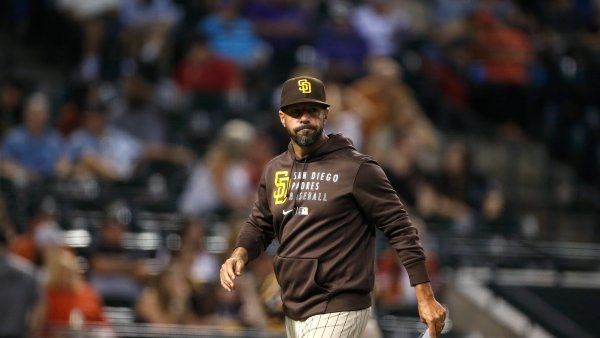 Monday Passes Without Clarity on Tingler's Future with Padres 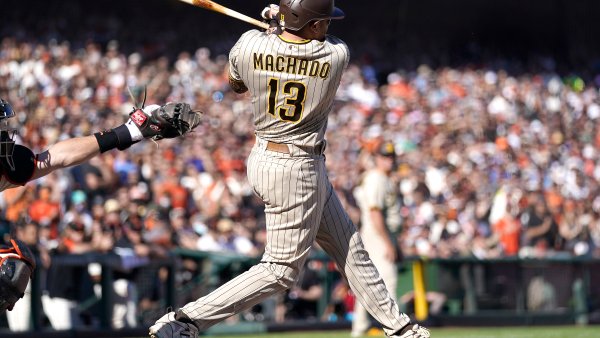 Tingler drew major criticism for his in-game decision-making, bullpen usage and inconsistent batting orders. Part of the ever-changing lineups was due to the Padres being hit by a ridiculous number of injuries. The season started with Yu Darvish, Blake Snell, Joe Musgrove, Chris Paddack and Adrian Morejon in the starting rotation. Only Musgrove was able to finish the season without landing on the Injured List.

Kearny Mesa will be home to a new Padres mural that the Friar Faithful can enjoy. NBC 7’s Allie Raffa speaks to the artists.

Drew Pomeranz, one of the best left-handed relievers in the game, and Dinelson Lamet, who finished fourth in last year's Cy Young Award balloting, also missed most of the season with elbow issues.

Aside from Fernando Tatis Jr. missing 32 games (while still putting up MVP-caliber numbers), the position players were largely healthy and still managed to drastically underachieve. An offense that should have been one of the better units in baseball often looked listless. During that 16-34 stretch to finish the year, they were shut out an alarming eight times.

Add that to the fact that the Dodgers lost Dustin May for almost the entire season with Tommy John surgery and had (among others) Mookie Betts, Clayton Kershaw, Cody Bellinger, Corey Seager, and Trevor Bauer miss large chunks of the season but still managed to win 106 games and you see why Tingler is being shown the door.

Now, who takes over? The names you'll hear most often are:

Those are the obvious choices because all have a proven track record of success, and the Padres seem to need a man who, unlike Tingler, has experience at the helm of a big-league dugout. Preller will probably talk with several candidates that don't have any MLB managing experience as well, which falls in line with the last two managers he hired (Tingler and Andy Green).