Our previews of the 2009 Stanley Cup playoffs' opening round, featuring pretty pictures and a special guest video by the great Steve Dangle at the end.

In the time since last postseason's seven-game, near-upset, cop-car-igniting slobber-knocker between the Montreal Canadiens and the Boston Bruins, it's safe to say the two franchises have had a Freaky Friday-level switcheroo. 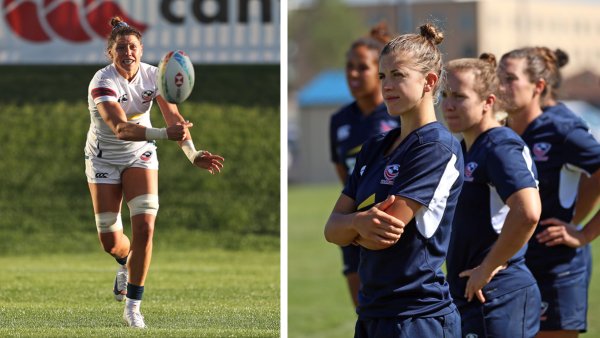 The Bruins went from the lowly eight seed to the Eastern Conference's best team, striking an ideal balance between dogged offense and impenetrable defense.

The Canadiens went from a team primed for a Cup run in their centennial season to a disaster on skates that featured everything from stars being sent home to a coach getting canned to players becoming both tabloid fodder and mob associates. We don't want to say things have gotten a little surreal in Montreal; but we certainly will when Celine Dion buys the team.

So what's the final reel of this absurdist movie? Will the Boston Bruins win their first playoff series since 1999 and embark on a journey to the Cup? Or will the Canadiens pull an enormous upset and, by dispatching their Original Six rivals, gain a level of satisfaction in an otherwise nightmarish year?

And if it's the latter, are the police ready for the celebration?

The Bruins present one of the ultimate matchup problems in the NHL, as Coach Claude Julien's lineup is deeper than a Jack Handy thought: Four lines of quality, full of players that can create goals on their own.

It starts at the center spot, as Marc Savard (88 points), Patrice Bergeron (when healthy) and David Krejci are the backbone of the lineup. Phil Kessel had a career year on Savard's wing; Chuck Kobasew and Milan Lucic did the same lower in the lineup. Michael Ryder was inconsistent, but found his scoring touch again under his mentor Julien. Blake Wheeler put himself in the Calder conversation with 21 goals. Veteran contributions from P.J. Axelsson, Stephane Yelle and deadline addition Mark Recchi have been valuable. Lucic and Shawn Thornton provide the muscle.

The Bruins have one of the best, balanced group of forwards in the NHL. Alas, the same can't be said for the Habs.

Injuries -- especially the one to center Robert Lang -- and some terribly inconsistent play necessitated constant lineup shuffling. Alex Kovalev's struggles became the stuff of legend when he was literally sent home for his lack of focus. Alex Tanguay missed two months to injury. Tomas Plekanec's numbers dropped by 30 points as he dropped down the lineup. Guillaume Latendresse has as many goals in 2009 has he has vowels in his name.

The silver lining is, as always, Saku Koivu. After taking the helm late in the season, Coach Bob Gainey loaded up the top line with Koivu, Tanguay and Kovalev, and the results have been stellar.

Otherwise ... hey, did you hear Maxim Lapierre has a reality show coming out?

Thanks to Mikhail Grabovski, Boston has a decided advantage here. The law-abiding Toronto Maple Leafs forward injured Andrei Markov with a check, knocking him out of action through the opening of this series. The Habs are 0-3-1 without their second-leading scorer.

Depending on Mathieu Schneider's health, the meat of the Montreal defense will be Josh Gorges, Roman Hamrlik and Mike Komisarek, who of course has his ever-escalating feud with Milan Lucic to contend with in this series. All three of them had up and down seasons; Ryan O'Byrne, on the other hand, has had a spectacular season ... in the sense that he's been on the ice for roughly half of the spectacular YouTube-worthy goals scored by other players this season.

The Boston blueline is wicked good, to use the colloquial verbiage of the region. Zdeno Chara is in the Norris Trophy conversation for being a man-mountain who logs over 26 minutes a night. He scored 50 points this season; the stunner is that Dennis Wideman matched that total, giving the Bruins two potent defensive pairings. Aaron Ward and Matt Hunwick have been solid co-stars; vets like Andrew Ference, Mark Stuart, Shane Hnidy and Steve Montador will be counted on in the postseason.

It could be argued that both starting goalies in this series are sort of head cases. The difference being that Tim Thomas is a temperamental player with flashes of physical play, while no one would be surprised to see Carey Price rocking back and forth in the fetal position in his own crease if the Boston fans give him enough hell.

Thomas led the NHL in GAA (2.10) and save percentage (.933), but he only has seven Stanley Cup playoff games on his résumé.

It's assumed Price will get the majority of the work, but we'll see Jaroslav Halak at some point. Both have been about as solid as a game of Jenga being played by drunks wearing boxing gloves.

(By B.D. Gallof of Islanders Independent.)

The Bruins had the fifth best power play in the NHL at a 23.6 percent conversion rate, powered by Chara, Savard and Wideman.

The Canadiens were 13th overall at 19.3, but the loss of Markov to injury takes a player with 39 points on the man advantage off the unit. Where have you gone, Mark Streit. Oh, right: the Islanders.

Although the Canadiens were shorthanded 64 more times than the Bruins, both teams finished with 82.4 percent kill rates, Also familiar with kill rates: The Kostitsyns' drinking buddy.

Even with Big Georges Laraque and his hands of stone back on the ice and waging a war of words, there's really only one answer here: Lucic and Komisarek, beating the hell out of each other as the golden tones of Jack Edwards subtly convey the action with solemn, National Public Radio-like volume.

Julien's found the right mix of scrappy forwards and stars in defensive roles to make his system work to perfection: They're the second best offensive team and the best defensive team in the League. But he's not exactly Scotty Bowman in the postseason.

Bob Gainey, meanwhile, hasn't won a playoff series since 1994. But there's no denying that his tweaks and lineup shifts have made some positive difference since naming himself as Scape-Guy's replacement.

For Boston, there's "Looch" and "Big Daddy Wheels." Montreal has BGL; it also has "AK-27," which is awesome.

But the bottom line is that Bruins fans needed a contest to name their goalie, while Montreal has Jesus Price. Case closed.

The Bruins were 29-6-6 at home, the best winning percentage in the East. Montreal was a respectable 24-10-7, but it's safe to say that the pressure is slightly tougher on the Habs at home than it is for the B's.

For Boston, we enjoy Hub Hockey; Stanley Cup of Chowder; and the Bruins Blog.

For the Habs, check out Eyes on the Prize, the sometimes NSFW Four Habs Fans,  Dennis Kane and The Daily Hab-it.

Chara is a rock for the defense, and in many ways as much the lynchpin for the Bruins' system than either goalie.

Koivu, however, deserves extra credit, because Chara doesn't have to deal with people criticizing his mastery of the local tongue. "C'mon, Cha-ruh; pahk the cah the Hahvud yahd. Say it!"

There really isn't a pest on the Bruins' roster, although most of the forwards are tenacious players that can hound opponents. If anything, Lucic is a pest for his physical and offensive abilities.

As for Montreal ... when the media writes stories with headlines like "LAPIERRE SHOWS HE'S MORE THAN JUST THE HABS' PEST," that pretty much means you're a pest.

Blake Wheeler's been dropped down the lineup, but the rookie could still be a difference maker. David Krejci is hardly unsung, but he's also a player than could put up vital points in a big spot.

Does Matt D'Agostini have any magic left for the Canadiens? He came into the lineup on fire, went silent, but recently had a two-goal game. And it doesn't get more unsung than Glen Metropolit, the former Bruin who could still pop a goal at a key time.

If we had a do-over, it would be to drop this down to five. It's a rivalry series, which is always tough. But the Bruins are the class of the conference, and have handled the Habs since breaking their frustrating losing streak earlier this season.

Besides, what better way is there to end Montreal's humbling centennial party than to have the B's poop on it?