• We mentioned this earlier this week, but it's worth repeating: Along with being one of the most knock-us-on-the-behind tiring weeks of coverage, it was also one of our highest-viewed weeks here at Puck Daddy. And we can't thank you enough for the participation and attention. We aim to please, and hopefully our aim is true. Thank you. 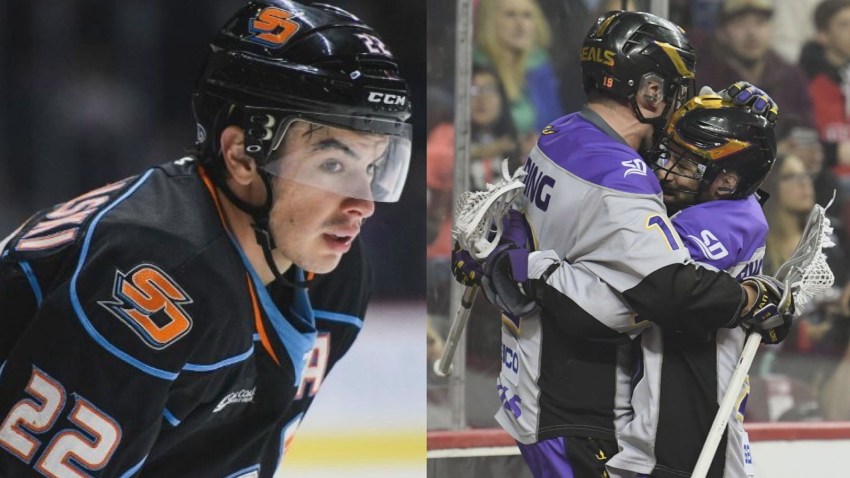 • Bizjournals.com released one of those "franchise rankings" for calendar year 2008, where half the score is based on level of success in games (including the postseason) and the other half is determined by "relative success in business": attendance and franchise value, for example. In the NHL rankings, the Montreal Canadiens (fourth overall) trumped the Detroit Red Wings (7), Pittsburgh Penguins (10) and San Jose Sharks (12). At the bottom? The Columbus Blue Jackets (114), Atlanta Thrashers (119) and New York Islanders (121, and thank god for the Detroit Lions.) [Bizjournals.com]

• The Hockey News is doing a tournament of goalie masks. We've never rooted harder for Vesa Toskala in our lives. [THN]

Preview: Calgary Flames at Carolina Hurricanes (7 p.m. EST; TV: RSW, FSS, Yahoo! Sports). We have a Curtis McElhinney sighting! OK, so it's going to hard for the Flames to top last night's effort. That said: Is anyone else stoked to see what kind of fireworks Olli Jokinen, Jarome Iginla and Michael Cammalleri can create for the rest of the season? Meanwhile, Erik Cole is comfortable back with the Hurricanes. Like, playful water bottle fights comfortable. So sweet.

• Fascinating analysis from Alan Ryder about Alexander Ovechkin and Sidney Crosby, projecting their stats and impact for a career. From Ryder: "The projections look a fair bit more optimistic for Crosby than for Ovechkin. The model is forecasting a return to teenage form that Sidney needs to make real. But, if you believe it, this is a career that would place him second only to Wayne Gretzky in assists and points." [Globe & Mail]

• We're sure Bruce Boudreau is losing sleep over angry Ovechkin fantasy owners. In a Shatner-esque "get a life, will you people?" sort of way. [NHL.com]

• According to Danny Briere, he's day-to-day with a groin injury and the doctor told him that "adhesions broke (Thursday) and there's internal bleeding. He saw swelling. He also told me it wasn't abnormal." Internal bleeding in the groin ... nah, nothing abnormal about that for a dude. [Philly.com]

• The Philadelphia Flyers have nullified the Kyle McLaren trade because McLaren didn't pass his physical. Yes, this was the same team that recently employed Derian Hatcher. [Sportsnet]

Preview: Montreal Canadiens at Atlanta Thrashers (7:30 p.m. EST; TV: RDS, NHLN). The Habs are looking to rebound from a rancid effort against the Sabres. Meanwhile, the ownership dispute for the Thrashers could rage on for another year depending on the appeals process.

• Edmonton Oilers chairman Cal Nichols is taking a leave of absence to "devote more time to fighting the closure of the city's airport." Which we believe is code for "I couldn't follow the O'Sullivan trade, either." [CBC Sports]

• Marian Hossa's knee and neck are feeling better, and he thinks the replay of his injury is "not fun." [Freep]

Preview: St. Louis Blues at Tampa Bay Lightning (7:30 p.m. EST; TV: KPLR, SUN). Lightning coach Rick Tocchet called right wing Evgeny Artyukhin "the most frustrating player to have this year." Anyone else impressed he was able to pick just one? Karri Ramo is between the pipes for the Bolts.

• Recently acquired Los Angeles Kings forward Justin Williams on the million-dollar question: His injuries. "I feel things happen in three's and I've had three straight injuries after some pretty good runs. I'm looking to getting back to being healthy and I know I'm not far away from doing that. When I am, I'm going to be a good asset to this team." [Inside The Kings]

Preview: Dallas Stars at Anaheim Ducks (10 p.m. EST; TV: FSSW, FSPT). Marty Turco gets the start for the Stars. James Wisniewski heard from a friend that "an Internet board" claimed he was going to be traded to the Ducks. "I don't ever read or trust those things," he said. Now is a great time to start, sir. Meanwhile, Chicago fans lament the loss of the Wiz to the Ducks, even if the Hawks may have won the trade.

• Might the Boston Bruins give Manny Fernandez a bit more time heading into the playoffs? And will it matter if they can't score? [Boston Bruins Blog]