Our previews of the 2009 Stanley Cup playoffs' opening round, featuring pretty pictures and a special guest video by the great Steve Dangle at the end.

The best argument for expanding the NHL postseason that can be made is that playoff hockey can have a transformative effect on a fan base. 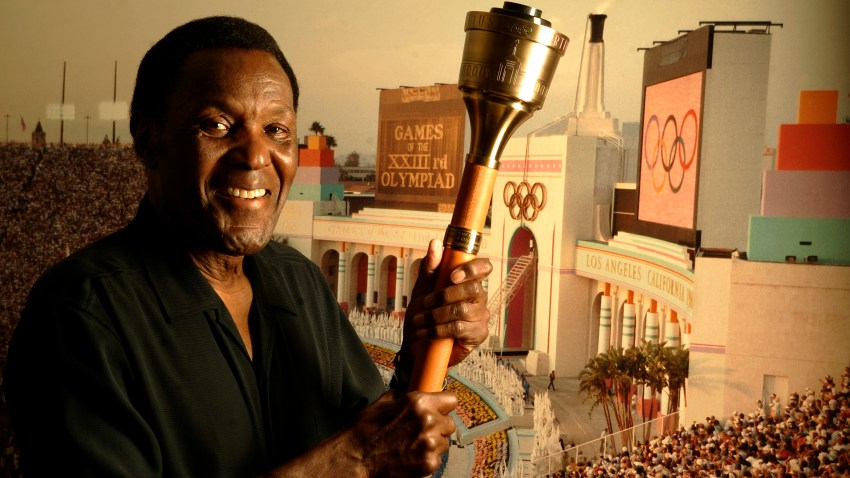 The Columbus Blue Jackets are enjoying strong support locally in their first run to the postseason. But a win over the defending Stanley Cup champion Detroit Red Wings would amplify that excitement beyond anyone's imagination; a victory looked back on as a touchstone moment for the franchise 10, 20 years from now.

Will the playoff rookies stun the champs? The tale of the tape follows.

Whether or not Pavel Datsyuk is a superstar can be debated; he isn't automatically mentioned with the three players who finished in front of him in the points race, for example. But his second consecutive season of 97 points, a career high of 32 goals and a series of interviews that revealed a whimsical personality have set up Datsyuk for a breakout postseason; especially after the last two playoffs put to bed any notion that he's a playoff underperformer.

Remember when Hossa (26 points in 20 playoff games) used to be called a playoff choker? Yeah, neither do we; but his groin problems could be an issue.

That "choker" label would never stick on Zetterberg or Franzen, who are aces in the postseason. The stat lines tell you everything about the across-the-board effort by Zetterberg in last season's Stanley Cup run; 10 power-play points and five shorthanded points is still a little mind-blowing. Before injuries slowed him, Franzen was on a Smythe pace, too.

The Columbus top line of Kristian Huselius, Manny Malhotra and Rick Nash have a herculean task ahead of them: Handle whatever line Mike Babcock matches against them; handle what will most likely be Nicklas Lidstrom on the blue line; and then carry a Jackets offense that was 21st in goals scored this season.

We'll stubbornly admit that we were wrong about the Antoine Vermette trade. His 13 points in 17 provided the team with valuable secondary scoring the Jackets are going to need to win this series; not only from Vermette, but from RJ Umberger, Jacob Voracek and a healthy (all things considered) Freddy Modin.

That the Blue Jackets were ninth in the League in goals-against is a tribute to the total team commitment to Ken Hitchcock's system; because the personnel isn't exactly all-star quality on defense: Jan Hejda, Mike Commodore, Fedor Tyutin, Rostislav Klesla, Marc Methot and Kris Russell.

That said, some of these players have had solid seasons, and Commodore and Tyutin are going to be counted on for their experience. Well, and Commodore for his magic bath robe.

One assumes that Lidstrom and Brian Rafalski will get the call against Nash's line, but the Red Wings' second duo of Nicklas Kronwall and Brad Staurt can be shut-down guys, too. Brett Lebda is one of those guys who thinks he's a TV reporter when he's loaded. There's one at every bar.

The last time Chris Osgood played in a postseason game, it ended with him raising the Stanley Cup. Since then, he traveled with the Cup to the premiere of "The Love Guru" and visited with Jay Leno; if that wasn't bad enough, his status as starting goalie was questioned, he was sent home for retooling and mental stability, and he enters this postseason as the universally agreed upon "weak link" in the Wings' lineup.

But there are believers, like Kostya Kennedy of SI:

Something tells me that Osgood, now 36 years old, is going to show some real poise and be a bedrock for the Red Wings -- not just in the opening series but throughout the playoffs. This may be the postseason in which he establishes himself as the most underrated goalie of his time.

Wait, how does one establishing being underrated again?

Not underrated: Steve Mason, the rookie goalie who saved the BeeJays' bacon when Pascal Leclaire went down. The Calder favorite (sorry, Stamkos) was second in the League with a 2.29 GAA and led the NHL with 10 shutouts. While it's assumed he's going to have to steal a game or two for the Jackets to win, Columbus would probably settle for consistent goaltending from a playoff newbie instead of a Carey Price Bomb like the one we saw for the Habs last year.

... about the awkward beauty of postseason virgins.

(By B.D. Gallof of Islanders Independent.)

Playing the percentages, give the Red Wings four power plays and they're putting a goal on the board. Detroit was first in the League at a 25.5 conversion rate, and had five players in double-digits for man-advantage goal --s along with four players that had over 20 power-play assists. It's the kind of special teams unit that just toys with you, like a cat taunting a mouse in a trap.

Columbus is at the other end of the spectrum. Well, literally: The Jackets were 30th in the NHL (12.7) on the power play, most likely because Derrick Brassard was injured and Fedor Tyutin wasn't.

Columbus was 13th overall with a 82.1 kill rate, which is perfectly respectable and expected with Mason between the pipes.

The head-scratcher continues to be the Red Wings at 25th in the League (78.3). It improved late in the season after a few tweaks, but it didn't exactly race up the charts.

Nothing would warm the hearts of puckheads more than to see Andreas Lilja recover from the bleeding brain (!!!), return to action and make Jared Boll bleed instead:

Honestly, Mike Babcock should get the nod here for his deft management of talent and superior sports psychology (the man should have his own therapist's couch named after him if he straightened Osgood out).

But we're calling it even because Ken Hitchcock has had playoff success and because he's going to have to outcoach Babcock in order for the Jackets to win this series. As a defensive-minded bench boss, that's entirely possible.

Dats, Zetter, Cheli, Ozzy ... OK. But then again, Detroit also has The Mule. And Conkblock.

The one Columbus nickname we're sure of is Stevie Franchise, which Nikita Filatov told us was the moniker for Mason. We'd like to believe here at Puck Daddy we've helped develop additional nicknames, such as Amanda Bynes and Doughboy.

Detroit (27-9-5) has the better home record than Columbus (25-13-3), but we're calling this one even because the Blue Jackets' crowds have been epic at times down the stretch; and their first taste of the postseason promises to be a raucous affair.

From trading barbs with The Pensblog to hounding the Detroit print media, Abel To Yzerman is an entertaining community of rabid Wings fans. Winging It in Motown, On The Wings, Bingo Bango and The Triple Deke help make the Detroit blogosphere in-depth and entertaining.

Bethany's Hockey Rants feels like it's been around as long as the Jackets have, and it's a passionate fan blog. Also check out The Cannon and Light The Lamp.

Nash taking the 'C' in Columbus was a symbolic move last season but a really important one for the franchise. It signaled the shift in leadership from the mercenary veterans shipped in to fill the locker room to Generation Nash, a collection of burgeoning young players that have put their stamp in this BJs team like never before.

The Wings don't have a go-to pugilist, and don't have a Jarkko-level annoyer either. What they do have is a collection of stellar defensive players that can make life a living hell for an opposing team, and then transition to score a goal for salt in the wound. If there is one player that's on the charts for his agitation, perhaps it's Holmstrom and his gigantic goalie-distracting rump roast.

Columbus, meanwhile, has quality pests in Derek Dorsett and especially Jared Boll that can get you off your game with physical play and an occasional liberty taken. And their team is named after a fictitious insect, so there you go.

Look, game-winning goals are a tricky statistic by which to evaluate impact. That said, fourth-liner Raffi Torres has six of them to lead Columbus this season, and that's something to keep an eye on. But the most unsung player on the Jackets will be the guy who puts the puck in the net on the power play.

As for the Red Wings ... pick a role player. But here's a name to watch: rookie Ville Leino, who an instant-offense player that's ready to join the lineup if anyone can't go. A very impressive player.

Yep, seven. Mason steals a few, the Columbus crowd eggs the Jackets on for a win. A scare, some sweaty-palmed moments from Osgood; but in the end, a victory for the champs and a memorable first series for the Jackets.

Steve Dangle on the Red Wings vs. the Blue Jackets in 2009 SC Playoffs @ Yahoo! Video