Vin Scully was born in the Bronx, but he will always have a home in the hearts of Dodgers fans in Los Angeles.

Vin Scully, whose voice was the soundtrack of summer for Dodgers fans for nearly 70 years, has died at age 94.

The beloved broadcaster died at his home in the Hidden Hills area of Los Angeles, according to the team, which spoke to family members. In a statement, the #Dodgers called Scully the team’s conscience and “poet laureate.”

Scully called Dodgers games for 67 seasons in Brooklyn and Los Angeles. He is the longest tenured broadcaster with a single team in pro sports history.

"We have lost an icon,'' said Dodger President and CEO Stan Kasten. "Vin Scully was one of the greatest voices in all of sports.  He was a giant of a man, not only as a broadcaster, but as a humanitarian.  He loved people. He loved life.  He loved baseball and the Dodgers.  And he loved his family.

"His voice will always be heard and etched in all of our minds forever.  I know he was looking forward to joining the love of his life, Sandi. Our thoughts and prayers go out to his family during this very difficult time. Vin will be truly missed.'' 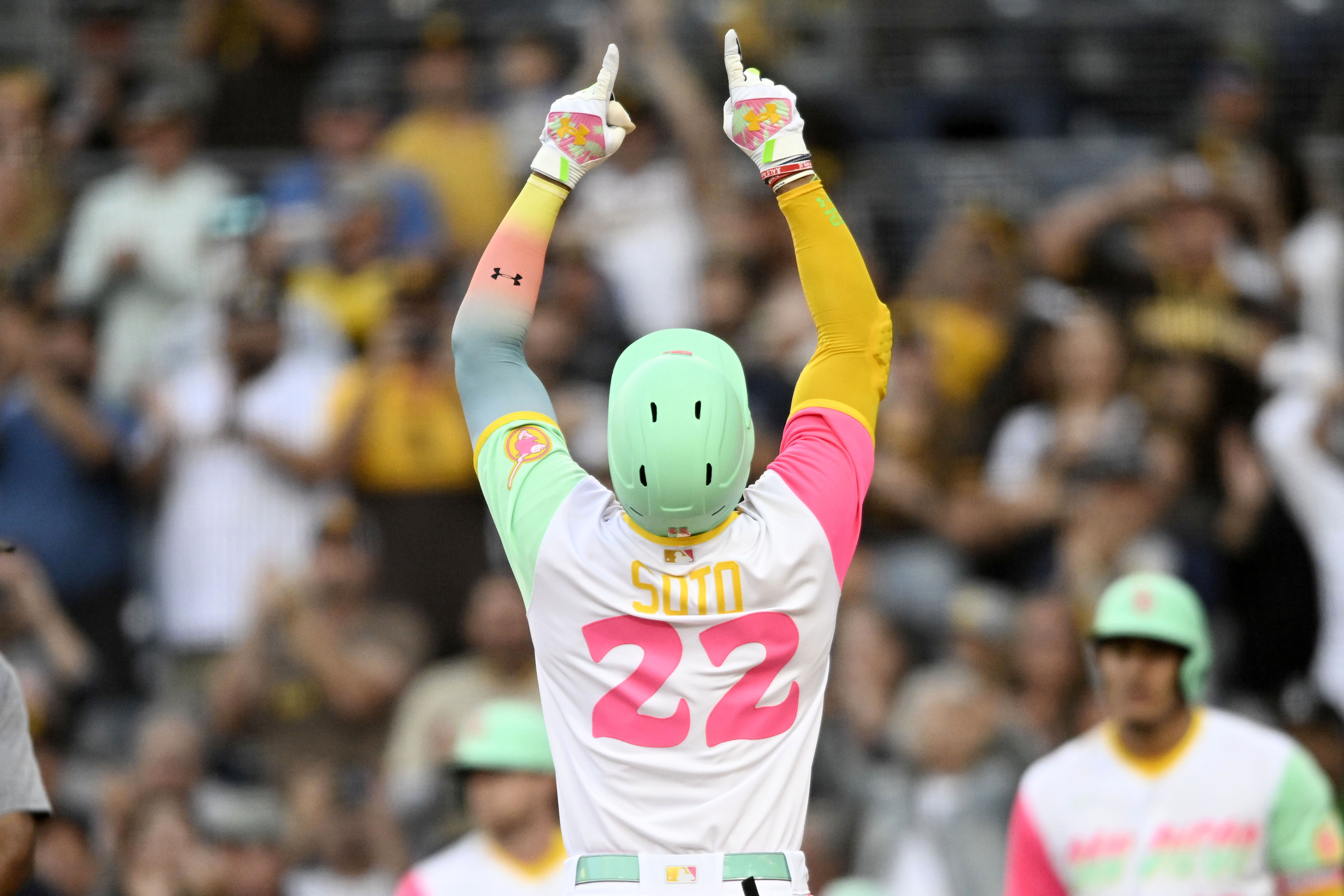 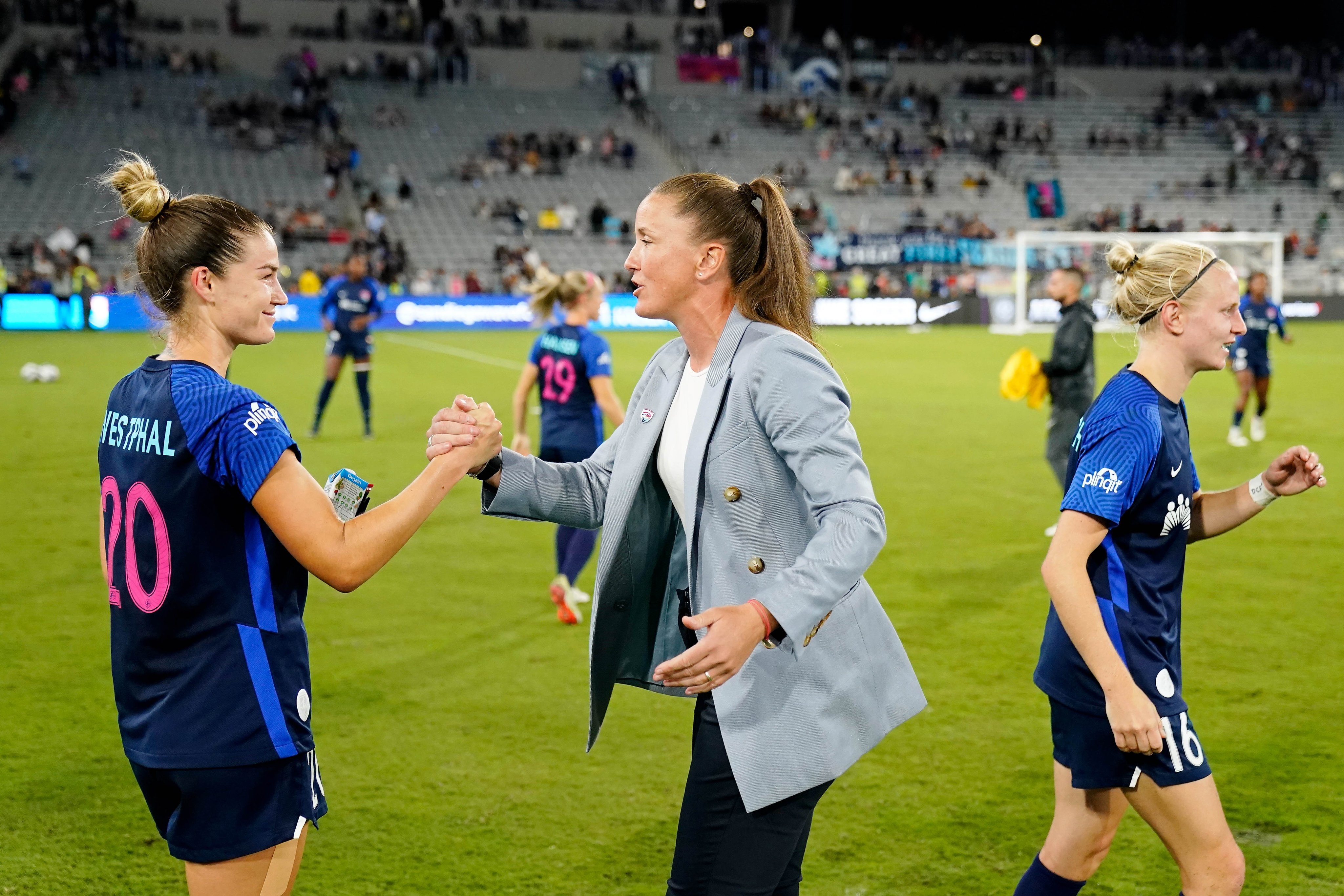 Below, a look at Scully's path from the Bronx to Dodger Stadium.

When did Vin Scull begin broadcasting with the Dodgers?

Scully broadcast Dodger games from 1950, when the team was in Brooklyn, through his retirement at age 88.

Where did Vin Scully grow up?

Vincent Edward Scully was born Nov. 29, 1927, in the Bronx. He was the son of a silk salesman who died of pneumonia when Scully was 7. His mother moved the family to Brooklyn, where Scully grew up playing stickball in the streets.

Scully also helped his family financially by delivering beer and mail, pushing garment racks, and cleaning silver in the basement of the Pennsylvania Hotel.

Scully played outfield for two years on the Fordham University baseball team, and began his career by working baseball, football and basketball games for the university’s radio station.

How old was Vin Scully when he started broadcasting?

At age 22, Scully was hired by a CBS radio affiliate in Washington, D.C.

Scully soon joined Hall of Famer Red Barber and Connie Desmond in the Brooklyn Dodgers’ radio and television booths. In 1953, at age 25, Scully became the youngest person to broadcast a World Series game, a mark that still stands.

His first regular-season game with the Dodgers was on April 18, 1950, when they faced the Phillies at Philadelphia's Shibe Park.

"Don Newcombe was going to be our pitcher,'' Scully said at a 2016 news conference the day before he broadcast his final game at Dodger Stadium. "Red Barber assigned me to do the fourth inning. They didn't trust me more than one inning. I understand that.

"My first game, Newcombe didn't make it to the fourth inning. That's all I really remember, plus the fact I was terrified.''

The move from Brooklyn to Los Angeles

Next came the move west with the Dodgers in 1958.

Scully credited the birth of the transistor radio as “the greatest single break” of his career. Fans had trouble recognizing the lesser players during the Dodgers’ first four years in the vast Los Angeles Memorial Coliseum.

“They were 70 or so odd rows away from the action,” he said in 2016. “They brought the radio to find out about all the other players and to see what they were trying to see down on the field.”

That habit carried over when the team moved to Dodger Stadium in 1962. Fans held radios to their ears, and those not present listened from home or the car, allowing Scully to connect generations of families with his words.

In 1972, his first wife, Joan, died of an accidental overdose of medicine. He was left with three young children. Two years later, he met the woman who would become his second wife, Sandra, a secretary for the NFL’s Los Angeles Rams. She had two young children from a previous marriage.

She died of complications of ALS at age 76 in 2021. The couple, who were married 47 years, had daughter Catherine together.

Scully was inducted into the Baseball Hall of Fame in 1982, received a star on the Hollywood Walk of Fame that year, and also had the stadium’s press box named for him in 2001. The street leading to Dodger Stadium’s main gate was named in his honor in 2016.

That same year he received the Presidential Medal of Freedom from President Barack Obama.

When did Vin Scully retire?

After retiring in 2016 at age 88, Scully made just a handful of appearances at Dodger Stadium and his sweet voice was heard narrating an occasional video played during games. Mostly, he was content to stay close to home.

“I just want to be remembered as a good man, an honest man, and one who lived up to his own beliefs,” he said in 2016.

Scully broadcast his final game at Dodger Stadium on Sept. 25, 2016.

"I am terribly embarrassed,'' Scully told the crowd following the Dodgers' 4-3 victory 10-inning over the Colorado Rockies on Charlie Culberson's home run that assured them of their fourth consecutive National League West Division championship. "I was hoping that we would win the game 10-0 and there would be no tension and it would be a nice, easy day because I have a very, very small modest contribution on my last day. I have always felt that you folks in the stands have been far, far important to me. You have given me enthusiasm. You have given me young at heart.

"Believe me when I tell you I've needed you far more than you needed me. I wanted to try and express my appreciation to all the players, God bless them, and to all you folks here in the ballpark. It's a very modest thing. I sang this for my wife. It was a loving gesture. You know the song, 'Wind Beneath My Wings.'  That's what you are. You are the wind beneath the team's wings. You're my wind. I know it's modest. I know it's an amateur. Do you mind listening?''

Scully broadcast his final game on Oct. 2, 2016. He said he chose it to be his final game, instead of broadcasting the team's postseason games, because it came 80 years to the day from when he saw a sign in his native New York City showing the score of Game 2 of the 1936 World Series.

"It seems like the plan was laid out for me, and all I had to do was follow the instructions,'' Scully said.