With 6 Months to Go, Japan Denies Report Tokyo Olympics Could Be Canceled

Japanese officials on Friday vehemently denied a newspaper report suggesting that the Tokyo Olympic, now set to open July 23, could be cancelled

IOC President Thomas Bach and local organizers are pushing back against reports that the postponed Tokyo Olympics will be canceled.

Now set to open July 23, the Tokyo Games were postponed 10 months ago at the outbreak of the coronavirus pandemic, and now the event appears threatened again.

The Times of London, citing unidentified government sources, reported that the games will have to be canceled. It quoted an unidentified senior member of the ruling government coalition.

“No one wants to be the first to say so but the consensus is that it’s too difficult,” the person said. “Personally, I don’t think it’s going to happen.”

In a statement Friday, the local organizing committee did not address directly The Times story, but said the Olympics were going forward and had the support of Prime Minister Yoshihide Suga. 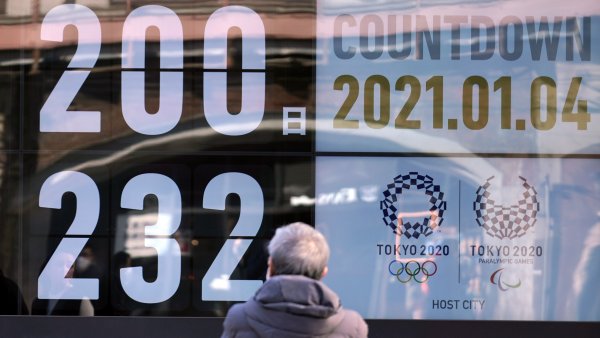 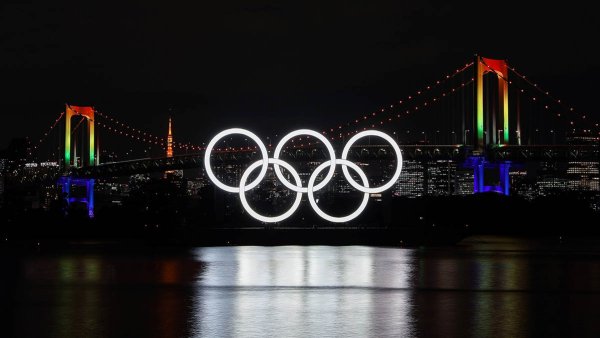 “All our delivery partners including the national government, the Tokyo Metropolitan Government, Tokyo 2020 Organizing Committee, the IOC and the IPC (International Paralympic Committee) are fully focused on hosting the games this summer,” the statement said.

“We hope that daily life can return to normal as soon as possible, and we will continue to make every effort to prepare for a safe and secure games.”

The IOC released a brief statement saying it is “fully concentrated on and committed to the successful delivery of the Olympic and Paralympic Games Tokyo 2020 this year.”

The IPC added that it's goal of having the games this year has not changed.

“There is no doubt the Tokyo 2020 Games will be very different to any previous games and that this summer’s event looks a long way off right now. However, we believe that with the robust measures and plans we have in place, the games can and will go ahead safely,” the IPC said.

Another statement from the Cabinet Secretariat on behalf of Japan's government also dismissed the report.

The one year delay of the Tokyo Olympic Games was devastating for the athletes who had been training all their lives for 2020. The most decorated Olympian of all time, Michael Phelps, discussed the mental challenges these athletes have faced, and how he would have responded himself.

"Some news reports circulating today are claiming that the Government of Japan has privately concluded that the Olympic and Paralympic Games Tokyo 2020 will have to be cancelled. This is categorically untrue," the statement said.

Tokyo Governor Yuriko Koike told her regular news conference on Friday that she has “never heard such a thing.” She even suggested action against the British newspaper.

“Perhaps we should file a protest,” she said.

The Times of London said Japan hoped to land the 2032 Olympics. The IOC has already awarded the 2024 Olympics to Paris and the 2028 version to Los Angeles.

The idea of Tokyo waiting a decade seems unlikely, given the cost of maintaining venues, negotiating new leases, and so forth. Tokyo has already spent about $25 billion to organize these Olympics, most of which is public money.

Several reports of a cancellation began to surface this month when the Japanese government put Tokyo and other prefectures under a state of emergency order to counter a surge of rising COVID-19 cases.

With the Tokyo Olympics being postponed to 2021, The New York Times caught up with Olympic hopefuls, like surfer Jordy Smith, skateboarder Jagger Eaton and Paralympic swimmer Mallory Weggemann, to see how they are keeping busy during their unexpected downtime.

“We have at this moment, no reason whatsoever to believe that the Olympic Games in Tokyo will not open on the 23rd of July in the Olympic stadium in Tokyo," Bach told the Japanese news agency Kyodo on Thursday.

He also said there is “no Plan B.”

Senior International Olympic Committee member Richard Pound said earlier in the week that the Olympics may be held largely without fans, making it a mostly television event.

The Switzerland-based IOC gets 73% of its income from selling broadcast rights and has seen its main revenue source stalled by the Olympic postponement. A largely TV-only event would suit the IOC better than a cancellation.

Unlike other sports businesses that offer hundreds of games, the IOC has only two main events to sell — the Summer and Winter Olympics.

Bach hinted that radical changes may be needed to pull off the Tokyo Olympics, which involve 11,000 athletes and tens of thousands of coaches, officials, judges, VIPS, media and broadcasters.

About 4,400 athletes will attend the Paralympics, which are set to open Aug. 24.

The Olympic games in Tokyo will run from July 23 until August 8th 2021, according to Tokyo Organizing Committee’s Chairman Yoshiro Mori

“You may not like it but sacrifices will be needed, “ Bach said. “This is why I’m saying, safety first, and no taboo in the discussion to ensure safety.”

Japan has reported fewer than 5,000 deaths from the coronavirus and has handled the virus better than most countries. But the surge is not tapering off in Tokyo, a sprawling metropolitan area of 35 million.

Public opinion in Japan has also turned against the games with 80% in several polls saying they should be postponed again or canceled.

Bach said organizers were in a better position to hold the Olympics now than they were 10 months ago when the games were postponed.

“First of all, let me be clear that you cannot compare March 2021 with March 2020 because there is such great progress in science, medicine, vaccination and (virus) tests,” Bach told Kyodo. "All this was not available in March last year. Nobody knew yet how really to deal with the pandemic, and now we know much more.”

Japan is experiencing a slow roll out of vaccines. However, the IOC has said its measures against the virus will focus on testing, quarantines, social distancing and keeping athletes largely isolated.

The IOC has encouraged athletes to be vaccinated but will not require it.