There was no way Giles Scott could be a proper Briton and keep a stiff upper lip as he closed in on winning the gold medal in the Finn class in the Rio Olympics sailing regatta.

Approaching the finish line, "I just found myself welling up in tingles as it slowly dawned on me what I had done," Scott said Sunday.

"I wouldn't put myself down as the emotional sort, but I had a little cry to myself, which I'd like to think I don't do that often. Just the emotions that kind of end up coming out of you in that situation, you can't really prepare yourself for." 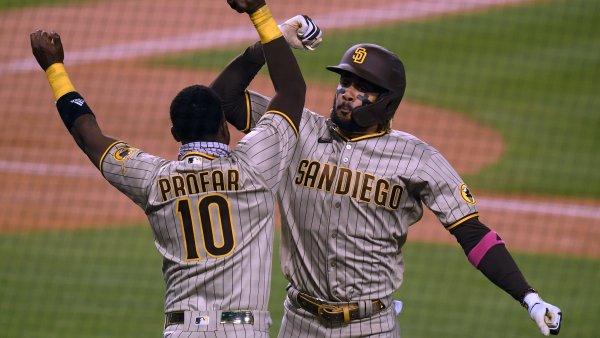 Tatis, Meyers Tests Positive for COVID-19; 3 Other Players on IL After Contact Tracing 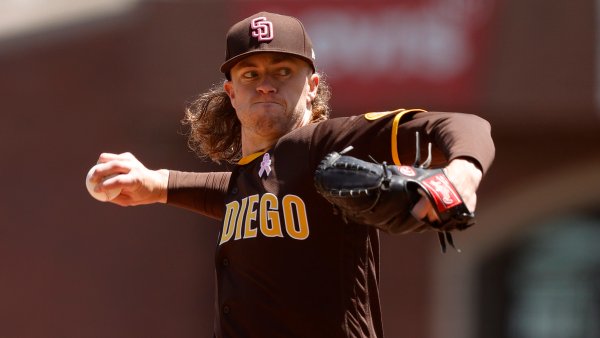 As he crossed the finish line, Scott put his head in his hands for a moment. He stood, raised both arms in triumph and shouted for joy. He sat down again, head in hands.

Scott came in under the enormous pressure of being heir apparent to Sir Ben Ainslie, who was knighted a few months after winning the Finn gold at the London Games. It was Ainslie's fourth straight gold and fifth games medal overall, making him the most successful Olympic sailor ever.

Scott responded big-time, clinching the gold with the medals race still to be sailed on Tuesday. He still needs to sail that race before they put the medal around his neck, hoist the Union Jack and play "God Save the Queen" on Flamengo Beach, with Sugarloaf Mountain in the background.

"I've managed to sail more consistently than anyone else at the top of the fleet and it's just landed me in this kind of brilliant situation where I've got the points cap for the medal race and it's such a privileged situation to be in," Scott said.

He finished eighth and second in the final two races of the 10-race preliminary series, for 32 points. It's the fifth straight Olympics a Brit has won the Finn.

Vasilij Zbogar of Slovenia is second with 56, Ivan Gaspic of Croatia third with 69 and American Caleb Paine of San Diego and Max Salminen of Sweden tied for fourth at 74.

Scott, 29, is making his Olympics debut. Many people believed he would have won gold at London 2012, but he had to bide his time as Ainslie earned selection to the British team and rallied to win the gold.

Scott remembers sitting on a hill in Weymouth, England, watching the medals race "with my hat firmly over my eyes, effectively trying to hide a little bit. I wanted to see what was going on but didn't really want to be there. To come here and to win ...it kind of brings home just how hard Matt and I have worked trying to make this happen."

Ainslie said he was "delighted" for Scott and his coach, Matt Howard.

"It was a totally dominant performance and extremely well deserved," Ainslie said in a text to The Associated Press.

Scott said he and Howard had a plan to race flat-out and "not go soft in any regattas we went to" in the buildup toward Rio.

"That approach is great but it does put a target on your back," he said.

Scott also sails with Ainslie's Americas Cup syndicate, Land Rover BAR. Ainslie hopes to become the first Englishman to win the America's Cup, which was taken from Old Blighty by the schooner America in 1851.

"That would round it off nicely, wouldn't it?' Scott said.

Scott said the only low point was that his dad, John, broke his knee in a bicycle accident and wasn't able to come to Rio.

Paine is in medals contention after a jury reopened a protest against him and reversed its original decision to disqualify him from his second-place finish in Race 6.

"It's huge," said Paine, who was 10th and fourth Sunday. "It's one of those things that it's great that it could be righted and I got the position that I earned."

He's in his first Olympics after beating 2008 silver medalist Zach Railey in the qualification process.

"I look forward to finishing it off and getting a medal in the end," he said. "I feel great. I've always come from behind and I never stop fighting."

"Overall, we are happy with our day." Haeger said.

At the London Games, the United States failed to win an Olympic sailing medal for the first time since 1936.