A Long Fall from Medal Stand to Homeless Shelter

Calvin Harrison lived the Olympic dream, until it fell apart.

"The athletes, the stadium, the cameras, the lights, the flashes -- it was bigger than life and it was just really overwhelming," Harrison said.

Competing on the same relay team as his twin brother, Alvin, at the 2000 games in Sydney, Australia, Harrison ran the third leg of the 4x400 meter relay, eventually handing the baton off to Michael Johnson for the gold.

"Giving him the stick and him going on to win a gold medal -- for us it was awesome," Harrison said.

In the decade since, Harrison has tumbled far from the medal podium, as a series of poor decisions and poor luck put him on the streets of San Diego. 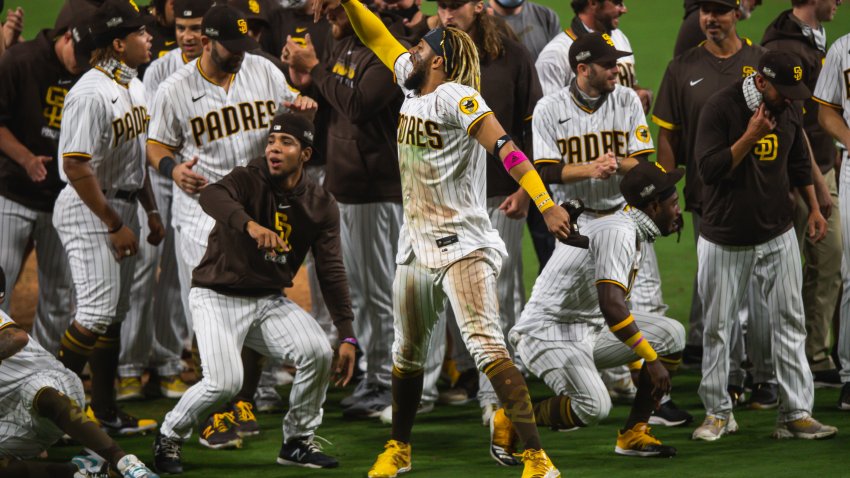 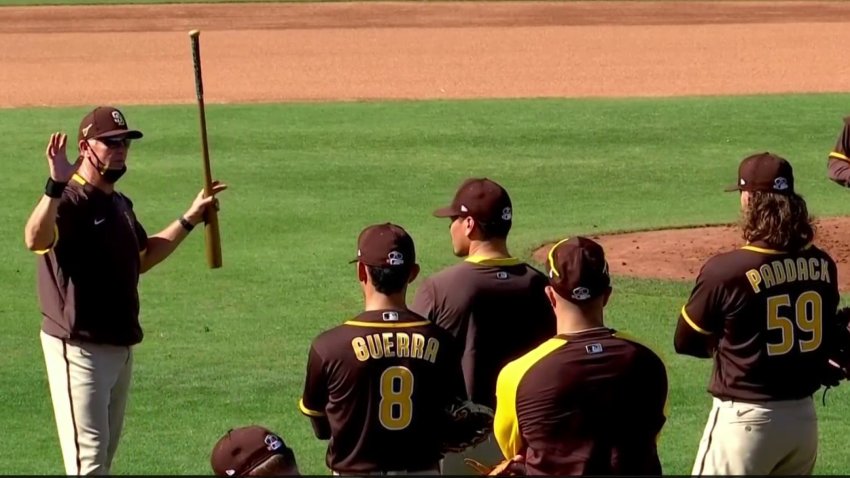 Padres Building Up for 2021 Season With Solid Foundation

He tested positive for using an illegal stimulant. He lost his life savings trying to fight the subsequent suspension. The entire relay team was stripped of their gold medals when one member admitted to using a performance-enhancement drug. Then he became a victim of the recession, losing his job as a personal trainer.

At the lowest point, Harrison wandered the streets at night alone, because only his wife, Charlotte, and four kids, including Highley, who is now 5 months old, were allowed to stay at the San Diego Rescue Mission. Now they're staying at the YWCA Cortez Hill shelter as a family and, despite it all, trying to stay positive.

"I'm just hoping for an awesome job and to be able to get a house," Charlotte said. "I know it's big hopes, but we're just dreaming of a house and a place for our kids to grow up in."

For Calvin Harrison, life has been a long roller-coaster ride. Both of the Harrison brothers had it tough growing up, and at one point while competing they were living out of their car. But everything seemed to click for the brothers in 2000, when they earned spots on the U.S. 4x400 meter relay team.

Then, in 2004, Harrison tested positive for Modafinil, a stimulant, and was suspended from competition for two years -- which meant he could not compete in the Athens Olympics.

Harrison fought the charge, and still insists the substance was not on the banned list.

"Everything just unraveled," Harrison said. "I had debts to pay, credit cards to pay off and all these bills."

So Harrison moved around the country, working in construction for awhile.

"It's like I was just wandering, like my soul was lost without my track and field," Harrison said.

Later in the year, he lost his job as a personal trainer in Arizona.

Harrison said he had just enough money to come to San Diego, looking for a fresh start.

"The plan was for me to find a job, but it didn't happen so easily," Harrison said. "At that time, we didn't have any more funds, so we were homeless."

The Harrison family spent time at two San Diego shelters, and is now living at the YWCA Coretz Hill shelter. Now, the man who once wore a gold medal around his neck is willing to set aside his pride and let others help him get back to better days again.