If deals for new stadiums aren't reached in their respective cities, the Raiders and Chargers - longtime rivals - may become roommates.

San Diego football fans watched with trepidation Friday as another California city cheered the possibility that it may soon be home to the Chargers.

With much fanfare and few details, the City of Carson and members of organized labor gathered to celebrate a proposed NFL stadium that may soon be shared by the San Diego Chargers and Oakland Raiders.

San Diegans were still reeling Friday from the news that its team may abandon hopes of replacing Qualcomm Stadium with another local site as they watched Carson leaders and residents cheer "Viva NFL." 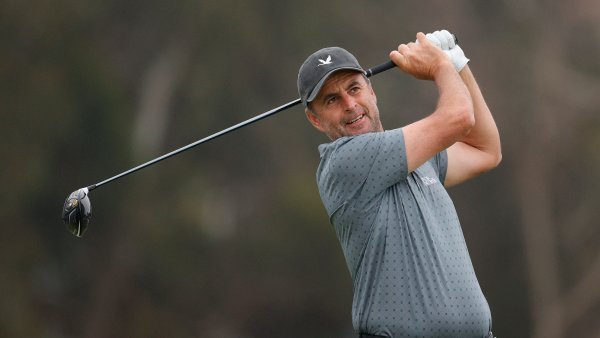 The small community south of Los Angeles is home to the 168-acres purchased as a "Plan B" for a new stadium, Chargers special counsel Mark Fabiani said Thursday.

The National Football League has long wanted a Los Angeles-based team. It's considered a huge market for television viewers and offers significant revenue for advertisers.

Both the Chargers and the Raiders are considered by some as perfect teams to move, because both play in outdated stadiums in their hometowns.

If deals for new stadiums aren't reached in their respective cities, the Raiders and Chargers - longtime rivals - may become roommates.

They have an extensive team of attorneys, finance experts and architects who are on staff as both teams throw their support behind an initiative to get the land entitled as a stadium.

In San Diego, Mayor Kevin Faulconer - who recently named a special stadium advisory board - said he was unaware the Chargers and Raiders had been planning such a move.

In fact, the city's advisors had just met with the San Diego Chargers for the first time Monday. Three days later the team confirmed to a Los Angeles Times reporter that it has been considering abandoning any hope of staying in San Diego and moving north to LA to room with their longtime rivals.

Faulconer complained "It's not how you do business" when he spoke with NBC 7 Friday morning. His communications teams confirmed it was the LA Times and not the Chargers organization who told the mayor about the deal.

"The world changed when the Rams moved into Inglewood, and rapidly are getting a stadium ready to be built there," Fabiani told NBC 7 Friday. "That changed for us and increased the sense of urgency.”

St. Louis Rams owner Stan Kroenke, announced in December his plan to build an 80,000-seat stadium on the land that used to be Hollywood Park.

Should they become the Los Angeles Rams, the Chargers say they will lose 25 percent of its revenue that comes from that market.

"Would you allow your business to be wiped out? 25% of it by another team or 2 teams moving into LA, and then being stuck in an ancient stadium with no other options?" Fabiani added. "That's something you need to ask yourself. If you’re looking at this from a business point of view."

Faulconer said he needs to focus on the 100 percent of San Diego residents who want to keep the team in town.

The city’s stadium task force is moving forward to come up with a solution and Faulconer said he is determined to find it, but the Chargers seem to be losing hope.

“It's the same thing we've needed for the last 14 years and we haven't gotten it so I can't stand here and tell you there is going to be a magical solution,” Fabiani said.

At Friday's news conference, Carson officials outlined a four step proposal that promised thousands of union jobs and a green build that would use no city general funds or taxes but would rather rely on revenue generated by stadium events.

“It’s an exciting proposal if the City of Carson could have not one but two NFL teams that would be willing to come here and play in a brand new state-of-the art stadium,” said U.S. Rep. Janice Hahn (D) 44th District, the daughter of Kenny Hahn who helped broker the move of the Brooklyn Dodgers to Los Angeles in the late 1950s.

Fred MacFarlane with the local coalition Carson2gether would not confirm that if the stadium is built, the Chargers will come.

"Frankly, my focus and our focus is on first getting the community behind this effort. There won’t be anything for anyone to go to if we’re not successful," MacFarlane said.

Fabiani is promising San Diego Charger football in 2015 but making no promises beyond this season.