For the first time since 1983, when Anheuser-Busch used all of its ad time to introduce a beer called Bud Light, the beer giant isn't advertising its iconic Budweiser brand during the Super Bowl. Instead, it’s donating the money it would have spent on the ad to coronavirus vaccination awareness efforts.

Anheuser-Busch still has four minutes of advertising during the game for its other brands including Bud Light, Bud Light Seltzer Lemonade, Michelob Ultra and Michelob Ultra Organic Seltzer. Those are some of its hottest sellers, particularly among younger viewers.

But the decision to not do an anthemic Budweiser ad — which over nearly four decades has made American icons of frogs chirping “Budweiser,” guys screaming “Whassup!”, and of course the Budweiser Clydesdales — showcases the caution with which some advertisers are approaching the first COVID-era Super Bowl.

“We have a pandemic that is casting a pall over just about everything,” said Paul Argenti, Dartmouth College professor of corporate communication. “It’s hard to feel the exuberance and excitement people normally would.” 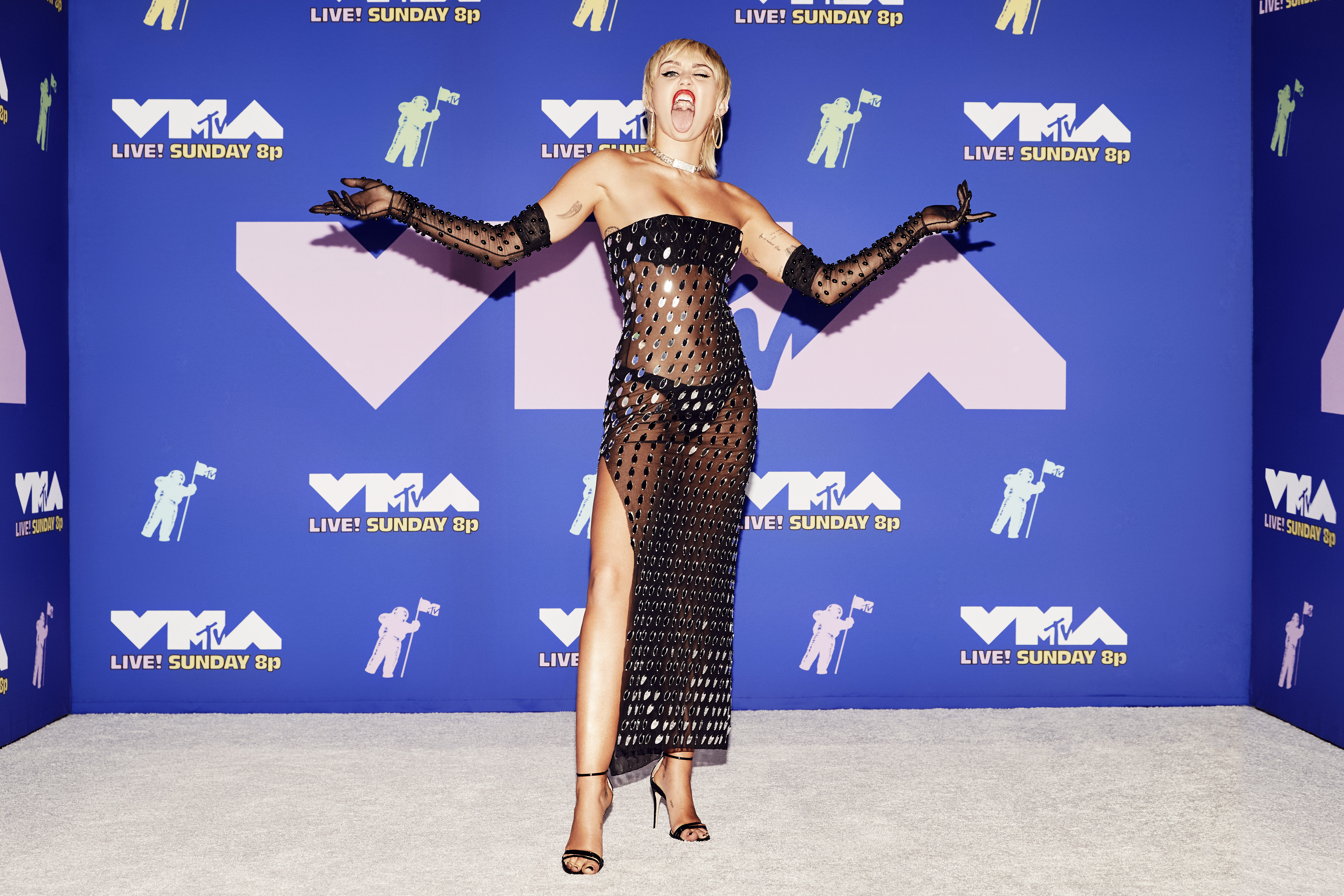 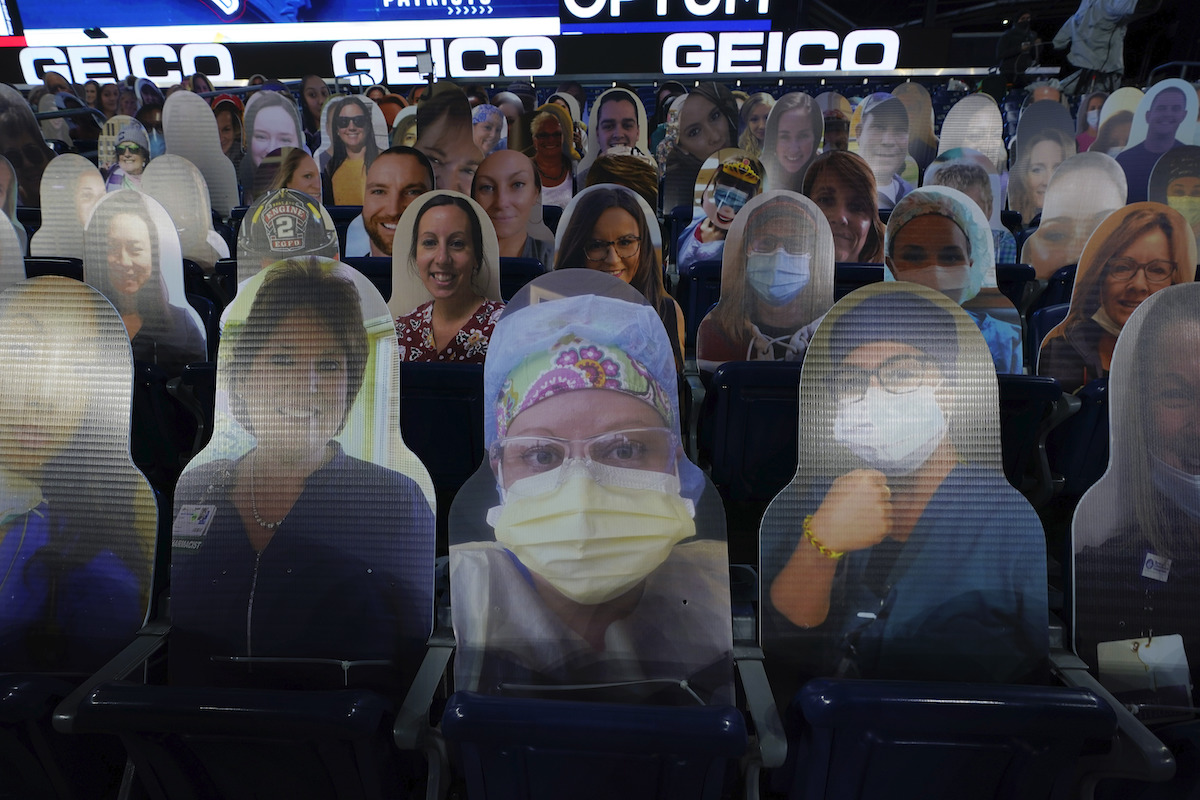 The Anheuser-Busch move follows a similar announcement from PepsiCo., which won't be advertising its biggest brand, Pepsi, in order to focus on its sponsorship of the the halftime show. (It will be advertising Mountain Dew and Frito-Lay products). Other veteran Super Bowl advertisers like Coke, Audi and Avocados from Mexico are sitting out the game altogether.

These big-brand absences are just one more way Super Bowl LV will look very different from previous years. Attendance at the game will be limited to 22,000 people, about a third of the more than 65,890 capacity of Raymond James Stadium in Tampa, Florida. And Super Bowl parties will be more likely to be smaller affairs with pods or families.

“I think the advertisers are correctly picking up on this being a riskier year for the Super Bowl," said Charles Taylor, marketing professor at Villanova University. “With COVID and economic uncertainty, people aren’t necessarily in the best mood to begin with. There’s a risk associated with messages that are potentially too light. ... At the same time, there's risk associated with doing anything too somber."

The pandemic has cut sharply into sales for many Super Bowl advertisers. With pricey ads costing an estimated $5.5 million for 30 seconds during the Feb. 7 broadcast on CBS, some may have decided it's not worth it this year. Coca-Cola, for example, has been hard hit since half of its sales come from stadiums, movie theaters and other usually crowded places that have been closed during the pandemic. It announced layoffs in December, and said it said it wouldn't advertise this year to ensure it's "investing in the right resources during these unprecedented times.”

To fill the void, newcomers like the TikTok rival Triller, online freelance marketplace Fiverr and online car seller Vroom are rushing in to take their place. Returning brands include M&M’s, Pringles, Toyota and others.

Companies that are running ads this year face a number of challenges. Super Bowl ads are usually developed months in advance and shot in the fall, meaning that ads airing in two weeks were shot under costly pandemic conditions and without any idea how the presidential election would turn out. That further complicates the already delicate process of striking a tone that acknowledges what's happening with the world, managing to either entertain or tug at viewer heartstrings, and finding a way to tie it all back to their brand.

“It's a tough year to do an ad," Argenti said. “It will be a good year for creative companies who figure out how to thread that needle."

R&B Artist The Weeknd has been selected to play the Super Bowl LV Halftime Show at Raymond James Stadium in Tampa Bay, Fla.

Monica Rustgi, Budweiser’s vice president of marketing, said the brand is still calculating how much it will spend on vaccine awareness. But she said it will be a “multi-million dollar” commitment that includes donating airtime throughout this year for the nonprofit the Ad Council and COVID Collaborative’s COVID-19 Vaccine Education Initiative.

Budweiser will still have a marketing presence around the big game. Starting Monday, the brand will air an ad that celebrates resilience during the pandemic, including a socially distanced birthday parade and athletes in Black Lives Matter jerseys. The ad, narrated by actress and director Rashida Jones, ends with health care workers getting vaccinated and talks about Budweiser’s donation.

In the era of social media and digital advertising, brands aren’t limited to running ads during one event, since consumers can see them online, everywhere from Facebook and Twitter to YouTube, Budweiser's Rustgi said. Budweiser’s Super Bowl step-back also won’t be long-term, she said.

“The Super Bowl is the most popular sports event, aside from the World Cup, that anybody is going to see," added Dartmouth's Argenti. “An event that draws that many people to the advertising is never going to go away."