After a four hour rain delay in South Williamsport, it began to rain home runs.

Saturday's game against San Antonio was called after 3 1/2 innings due to the Little Leauge 10-run mercy rule. The Texans were crying for mercy after the first inning. 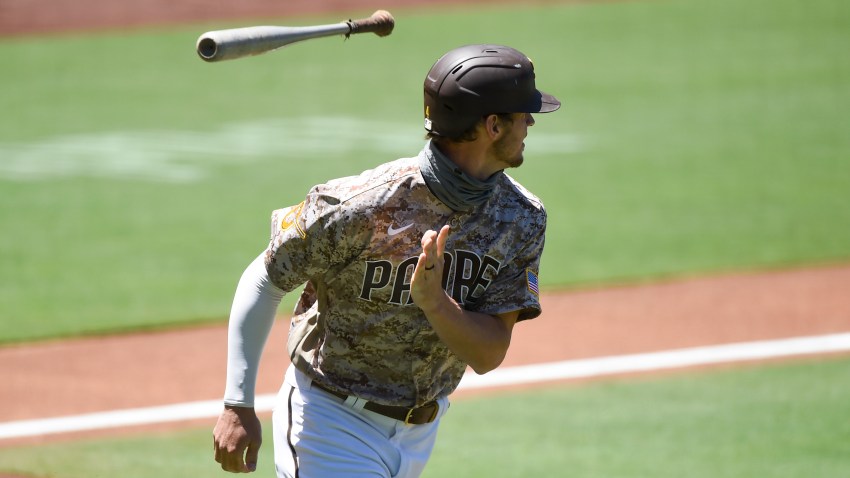 Park View exploded four nine runs in the first, while blasting three home runs. They hit four in the game to establish a new Little League home run record with 19.

Starting the game, Andy Rios led off with a single. Kiko Garcia then walked. Luke Ramirez followed with his fourth home run of the tournament in South Williamsport to give Park View a 3-0 lead. And they were just getting started.

Bulla Graff followed with the first of his two home runs to make it 4-0. Bradley Roberto later scored on a ground out by Daniel Porros Jr., to make it 5-0. Then with the bases loaded, Rios blasted a grand slam over the center field fence, scoring Oscar Castro, Isaiah Armenta and Seth Godfrey, making the score 9-0.

In the third inning, Rios led off with a double, then scored on a sacrifice fly by Ramirez. Graff followed with his second home run, a 2-run blast that scored Garcia making it 12-0.

Ramirez pitched a brilliant game, allowing just one hit and two runs over the shortened game.

Park View will now try to win the 2009 Little League World Series against Chinese, Taipei. The game is scheduled to start at noon pacific time.

Reporter Greg Bledsoe has been blogging from  Williamsport, Pa. throughout the day.

2:40 p.m.  The announcement just came in.  The game will begin a little after 4:00 p.m. Pacific Time.  The skies have cleared.  Grounds crews are working to get the field ready for play.  Park View has played it's last two games under the lights.  So, this will be nothing new for them.  The winner of tonight's game will play the Chinese team tomorrow. China advanced to tomorrow's World Series Final by beating Mexico 9-4 in a game with more than one rain delay.

12.10 a.m. They are battling the rain in Williamsport.  The sky has gone from blue to gray, and back to blue.  The weather has already delayed the international final game more than once today, which means the Chula Vista game will get started a little late, at best.

Before the most recent showers, the Chula Vista team walked into the batting cage looking all business.  Starting pitcher Luke Ramirez had complained of a sore shoulder this week.  He looked fine during warm-ups today, and coaches said they expect him to play.

Parkview needs Ramirez to get at least a few innings of good pitching.  They used two of their best pitchers in Thursday's win over Georgia.  That means those pitchers cannot pitch today.

Some of the parents arrived here at the ballpark about three hours before the game.

"Knots in the stomach, but other than that, the normal excitement." said Christine Santos.  "We know our boys can do it, and they’re ready.”

Her son, Bradley Roberto, has batted .460 through the first four games with one homerun.

Some of the other parents talked about how much support they're getting from back home through phone calls and text messages.

"They just say the city is blowing up." said Russel Godfrey. "I think I understand it, but they say I don’t.  (They say) You just don’t know how much is going on in San Diego.”

If Park View wins today, they would play for the World Series Championship on Sunday.

8.27 a.m. Good morning from Williamsport. After a rainy Friday, and dark skies Saturday morning, the sun has come out and the boys from Chula Vista are getting ready for the biggest game of their life.

The ballpark is already packed and you can feel the excitement here.  Mexico and China will play first in the international final followed by the Park View team from Chula Vista in their rematch against Texas for the U.S. Championship.

Chula Vista has been explosive at the plate so far. Through their first four games the team has hit 15 home runs.  Star player Kiko Garcia has only been put out four times the entire tournament.  Their first seven batters have batting averages of .450 or above.

The last time they played Texas however, the bats went flat.  The Chula Vista team lost 6 to 3 and only came up with 7 hits.  There's room for improvement today, and the players know it.

"We didn't play our best last time we played Texas," said Bradley Roberto, "So, we're looking forward to getting back at them."

Six foot two inch Luke Ramirez will be the starting pitcher today.  He complained of a sore shoulder earlier in the week, but yesterday said he felt about 85% and said he'd be ready to go.  Ramirez knows what a tough game this will be.

"I do think we have a shot, but they're just outstanding," said Ramirez.

The team from Texas has not lost in the tournament yet.  They're not as big as Chula Vista, but Park View coach Oscar Castro says Texas has pitchers that hit their spots.

Chula Vista won the coin toss and chose to be the home team today.
The winner of today's U.S. championship will play the winner of the international final.

Vice President Joe Biden will be attending the game.