Italy Introduces ‘Duality, Together' in Milano Cortina 2026 at Handover Ceremony

Milano Cortina 2026 will be the first Olympics hosted by two cities, linking the importance of ‘harmonious dialogue’

With the completion of the Winter Olympics in Beijing and the approaching flag handover ceremony at the Closing Ceremony, we can start to set our sights on Milano Cortina 2026.

Milano Cortina 2026 will be the first Olympic Games to be hosted by two cities, two regions and two provinces. The idea of the Games will be based on two territories, seemingly distinct, becoming harmonious.

While the European terrain of Milan visibly displays landscape and skylines, Cortina is known for its nature and architecture. Through the Flag Handover Ceremony, a strong foundation created by duality and fragility will be set for Milano Cortina 2026.

“The goal of the Milano Cortina 2026 Flag Handover Ceremony is to celebrate the harmony that links two territories that are apparently different, but in dialogue with each other,” Head of Events Christian Milici said.

To round out the winter games in Beijing the flag has been tossed to the next host.

Here we take a look at the Milano Cortina 2026 Flag Handover Ceremony and the meaning behind each part:

The Italian national anthem at the 2022 closing ceremony was performed by pop singer Malika Ayane and violinist Giovanni Andrea Zanon.

China had opted to highlight "ordinary people" throughout the 2022 Winter Olympics and did not have national celebrities at either the opening or closing ceremonies.

Italy decided to highlight national talents to “represent the excellence of their seemingly distant worlds, as a metaphor or a harmonious dialogue between two opposites,” Milici said. 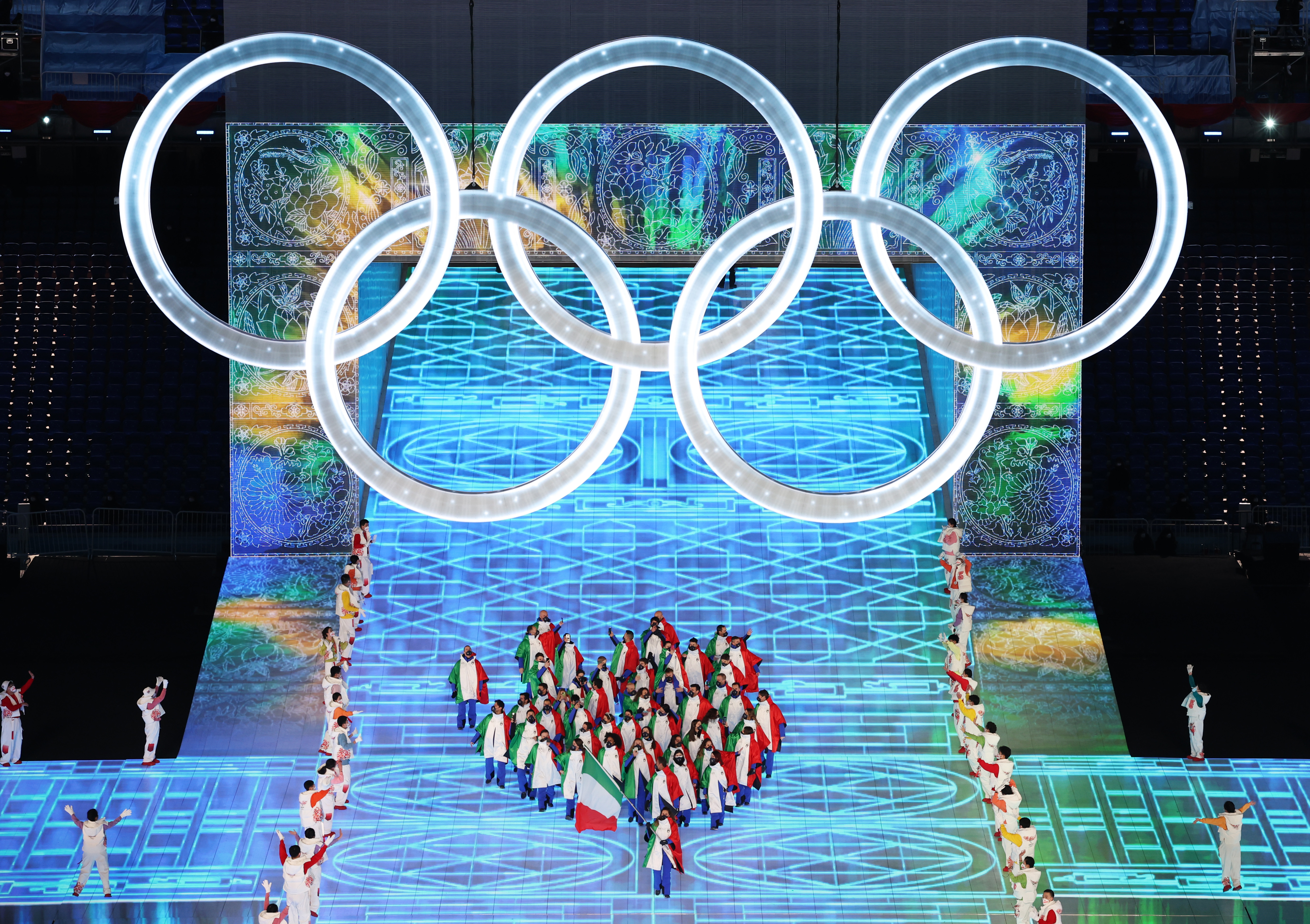 Where Is the 2026 Winter Olympics? Looking Ahead to Italy 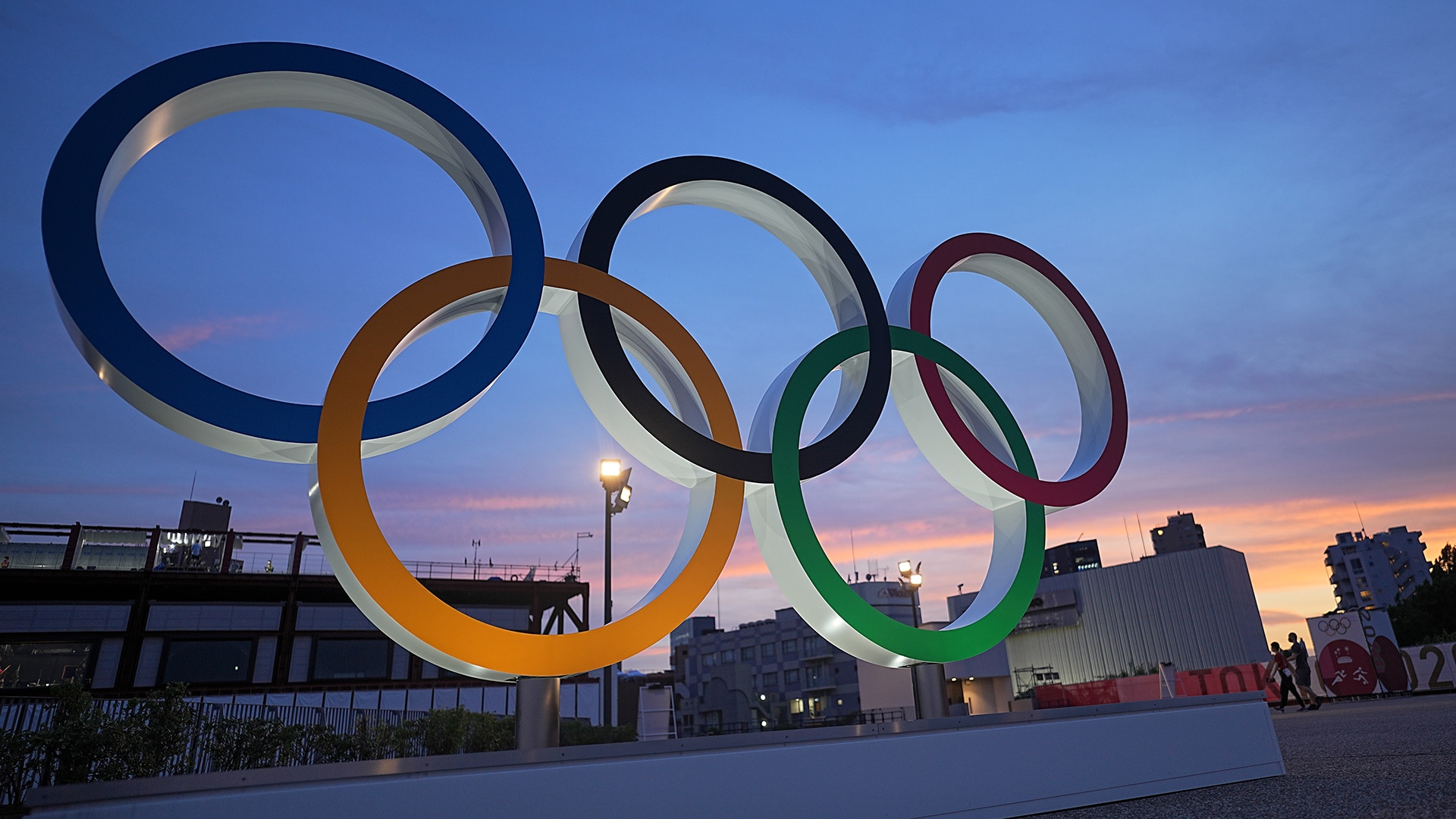 After Beijing, Here Are the Future Olympic Sites Chosen by the IOC

The opening statement will establish the undeniable importance of "harmonious dialogue" in a world that is filled with fragility.

Creating a bridge between mankind (Milano) and nature (Cortina) is the main vision of the upcoming Milano Cortina 2026 Games, especially in creating a sustainable future.

At the flag handover, two kids, representing Milan and Cortina, walk on a thin ice surface while playing with a globe, representing the fragile state of our planet.

"Duality, Together" lights up on the floor in LED lights, to introduce a video.

A video presents Milan and Cortina, clearly displaying the differences between the two Italian cities.

Two unknown characters follow a trail, which ultimately leads them to find a beautiful, harmonious world. They are led to Beijing’s National Stadium as the souls of the mountains and city.

The two partake in a harmonious dance “pas de deux” meaning a dance for two people, highlighting the importance of a “respectful dialogue between mankind and nature.”

Eventually, the movements of these dancers create lines and shapes of the athletes’ silhouettes, representing the various Winter Olympic sports. The dancers begin to form the outline of the Milano Cortina 2026 Emblem as it fills the Bird’s Nest.

At this point, Milano and Cortina are officially introduced as the 2026 Winter Olympic cities.

A video appears previewing the expectations Italy has for the upcoming Games with a view of the hosting regions of Lombardy and Veneto.

Then, a message from Luca Zaia, President of Veneto and Attilio Fontana, President of Lombardia, expressing the excitement for the arrival of the Games.