A Rancho Peñasquitos couple unloading their truck after a day at the beach had their truck stolen right out from under them, then they spent the next day on social media tracking their four-legged and four-wheeled prized possessions down.

Gonzalez and her partner parked in front of their Cuca Street apartment to unpack their beach gear. The trip to the beach was a celebration of Gonzalez's birthday. Nova was lying in the front seat of the running truck.

“I was kind of oblivious at the moment. Not thinking such a great night would turn into such a nightmare,” Gonzalez said.

In Your Neighborhood: The Resilient History, Promising Future of Chula Vista

No city in San Diego County has adapted to the times quite like Chula Vista has over the last century. NBC 7 took a deep dive into the city's rich history and culture for a special edition of In Your Neighborhood. 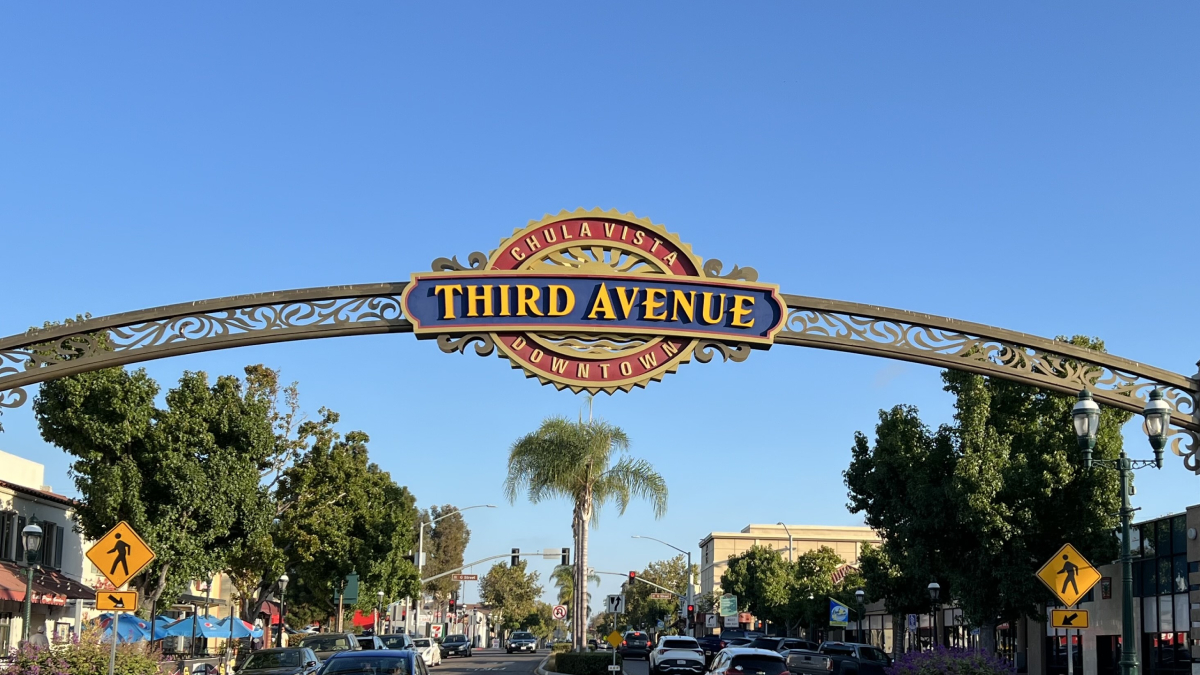 The nightmare began when a stranger jumped in the driver's seat.

Ring doorbell footage captured the suspect taking a peek at the running vehicle and taking a casual 40-second stroll around the truck before jumping in and speeding away.

“I ran down the stairs screaming to my neighbors to hand me a key to their car,” Gonzalez said.

“I saw how frantic she was, and if somebody is going to steal a car I don’t know if he has a gun or if he is going to hurt her,” neighbor Dawn Gruschow said.

Gruschow eventually surrendered his keys and Gonzalez gave chase, but she couldn't catch up.

Her truck was gone, as were the kayaks and equipment in the back, but more importantly, so was Nova.

For the first four hours, Nova remained with the thieves inside the stolen truck. They went to a Walmart, a TJ Max, a Speedway gas station, a Jack in the Box and the to an ATM.

Gonzalez said she traced the purchases through her stolen credit card. Eventually, they ended up at a Shell Station in Chula Vista where they dropped off Nova. She wandered the streets there for another 24 hours.

Gonzalez was distraught and feeling hopeless, so she, her sister and Gruschow posted on social media.

“I started posting on my TikTok and on my Facebook page," Gruschow said. "You hear some of these crazy stories and they go viral and it’s like a million people see it, so why not have something like this that is going to be helpful."

In less than 24 hours, Gonzalez’s grey Toyota was found abandoned on Palm Avenue in Otay Mesa.

Someone posted a picture of it on an off-road group chat. One of her friends saw it and shared it with her.

“I’m shocked. I feel that it’s 'we' the people that made this happen,” she said.

Not long after that, Nova was found in a Chula Vista family’s back yard. They saw one of the dog alert posts on Facebook.

“They are complete lifesavers," Gonzalez said. "They found our dog, rescued it and we have her safe and sound. It was like a chain reaction effect. Good people with good hearts started reporting and reposting, and with the good faith of humanity, that’s how my dog came home."

Meantime, the truck thief was leaving breadcrumbs of his own. Gonzalez said the suspect picked up a female passenger. Credit card receipts indicate they went to Rancho Peñasquitos, San Marcos, Poway, Chula Vista, Otay Mesa, San Ysidro and, finally, holed up in a Motel 6 in the Midway District where Gonzalez says they were eventually caught.

“I’m pretty strong and I have been through a lot. This is only going to make me stronger, more vigilant and wiser,” Gonzalez said.

It was an expensive lesson, though. Gonzalez estimates it will take at least $3,000 to cover her losses. Nova, however, would have been impossible to put a price on.

Gonzalez says the suspects live nearby, and at one point, in the search for Nova, unbeknownst to them, they handed a flyer with her face and description on it to the truck thief.

Though they solved the caper on their own, they say they filed the proper police reports.