"We need to take bold and swift action as soon as possible," McConnell said Thursday, announcing his $1 trillion-plus plan on the Senate floor

As leaders from Congress and the White House toiled in high-stakes negotiations on a mammoth $1 trillion-plus economic rescue package Friday, President Donald Trump unleashed fury on those questioning his handling of the coronavirus outbreak.

It was an extraordinary moment in Washington: Congress undertaking the most ambitious federal effort yet to shore up households and the U.S. economy and an angry president lashing out at all comers. All while the global pandemic and its nationwide shutdown grip an anxious, isolated population bracing for a healthcare crisis and looming recession.

When one reporter asked Trump what he would tell a worried nation, the president snapped, “I say that you’re a terrible reporter.”

Despite the enormous pressure on Washington to swiftly act, the challenges are apparent. On Capitol Hill, lawmakers and administration officials labored late into the evening over eye-popping sums and striking federal interventions, surpassing even the 2008-09 bank bailout and stimulus. 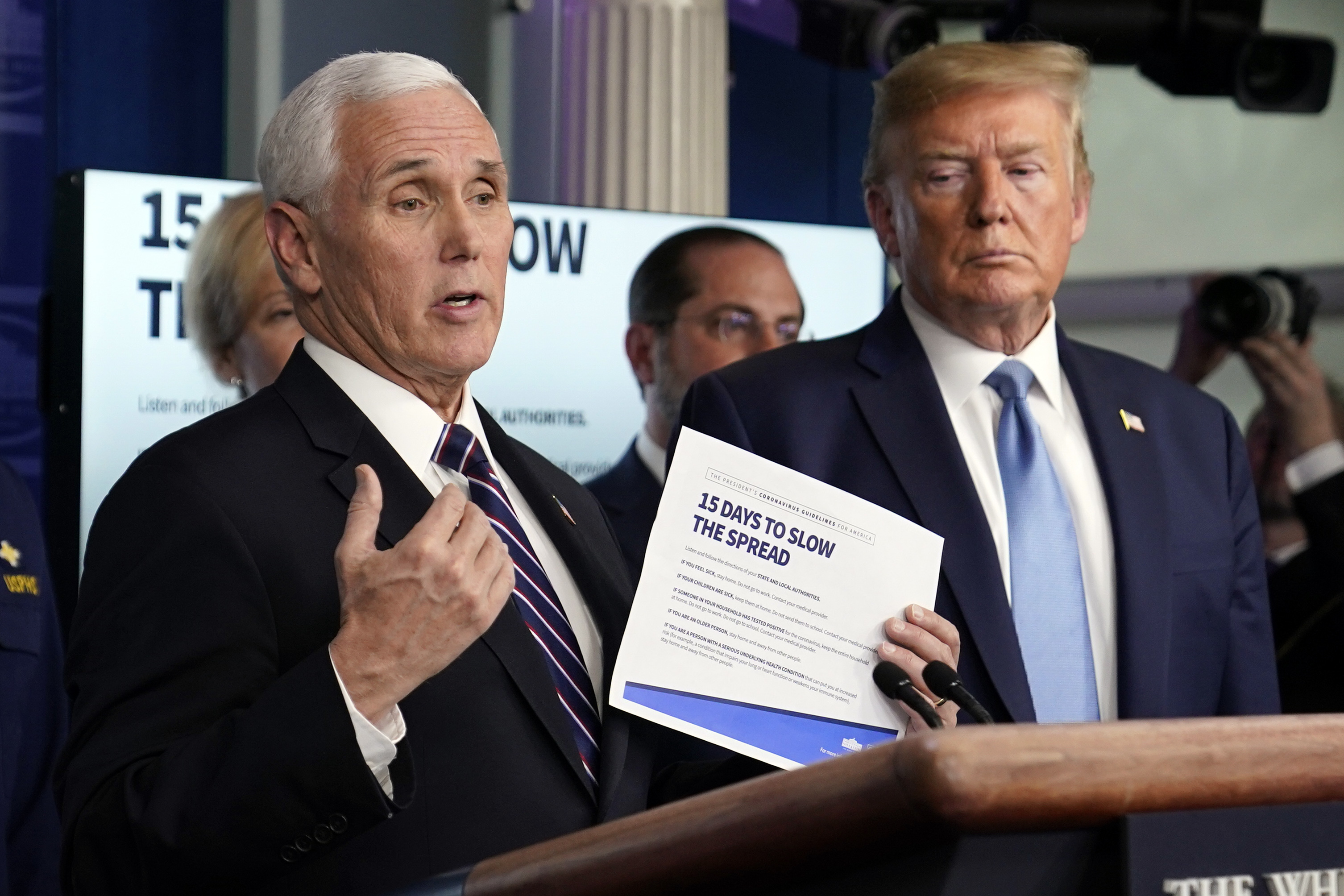 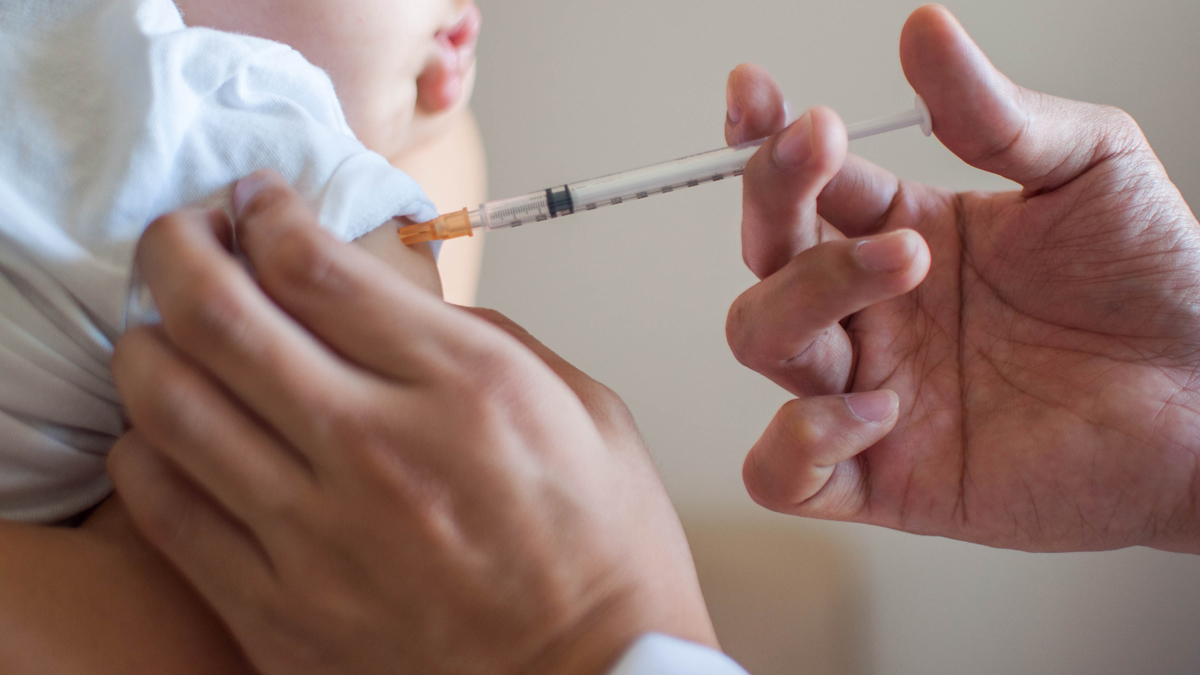 "Everybody is working very hard,” Treasury Secretary Steven Mnuchin said, exiting one closed-door session and heading into another, as it approached 9:45 p.m. EDT Friday.

But hopes for a tentative deal by the close of Friday faded as the night dragged on.

“Our nation needs a major next step, and we need it fast,” Senate Majority Leader Mitch McConnell said earlier in the day to an empty chamber, the iconic U.S. Capitol closed to visitors.

Preliminary Senate votes are set for Sunday. McConnell said the goal is passage by Monday.

Mnuchin launched negotiations with McConnell, Schumer and senators from both parties using McConnell's GOP offer as a starting point.

The GOP plan aims to pump billions into $1,200 direct checks to Americans and billions to small businesses to pay idled workers during the global pandemic.

At a press conference on Friday, President Donald Trump lashed out at NBC’s White House Correspondent Peter Alexander after asking what message the president had for Americans who were fearful of the coronavirus.

But Democrats say McConnell's plan is insufficient, arguing for greater income support for workers and a “Marshall Plan” for the U.S. healthcare industry, which is preparing for an onslaught of newly sick patients.

At the White House, Trump welcomed the stimulus plan, believing it is needed to stabilize the economy.

But Trump spent much of Friday's daily briefing in a fury, an angry president lashing out at reporters' questions.

At times, he seemed to refuse to want to hear the reality of an increasingly dire situation. It was when one reporter noted the hard facts in the U.S. — that more than 200 are dead, more than 14,000 infected and millions scared — that he snapped back.

President Donald Trump announced that both southern and northern U.S. borders would close temporarily to slow the spread of the coronavirus.

Trump also sowed further confusion about whether he is using the powers of the Defense Production Act to force American businesses to manufacture needed medical supplies.

In Friday phone calls with Trump, Schumer said he specifically implored the president to invoke the Korean War-era act to ramp up production of desperately needed ventilators and other gear.

Trump told the Democratic leader he would do it — and then Schumer said the president could be heard yelling to someone in his office “get it done."

But Trump told reporters he had put the order he invoked Wednesday “into gear” Thursday night. He said he had directed companies to launch production. But then he walked it back, saying, “You know, so far, we haven't had to” because companies are volunteering.

The administration also announced a further closing of the nation’s border, as the U.S. and Mexico agreed to limit crossings to all but essential travel and trade, while the U.S. moved to restrict entry to anyone without documentation.

Later Friday, the White House said a member of Vice President Mike Pence’s staff had tested positive for the new coronavirus. Pence spokeswoman Katie Miller said the staff member, who is not being identified, did not have “close contact” either the vice president or Trump.

The GOP plan proposes $300 billion for small businesses to keep idled workers on payroll and $208 billion in loans to airlines and other industries. It also seeks to relax a just-enacted family and medical leave mandate on small to medium-sized businesses from an earlier rescue package.

It puts McConnell's imprint on the GOP approach after the Senate leader left earlier negotiations to Pelosi and Mnuchin, which angered some of his GOP senators feeling cut out of the final product.

Keeping paychecks flowing for workers not at work is a top priority for both Democrats and Republicans as jobless claims skyrocket.

But how best to send direct payments to Americans — as one-time stipends, ongoing payroll support or unemployment checks — is a crucial debate.

Under McConnell's approach, small businesses with 500 or fewer employees would be able to tap up to $10 million in forgivable loans from the federal government to continue cutting paychecks.

The coronavirus has been brushed off by some who are not part of the most vulnerable demographics: the elderly, ill and immunosuppressed. Patty Sandoval Sralla, a double lung transplant recipient from San Antonio, Texas, shares what it’s like to live with immunosuppression during the coronavirus pandemic.

Both income support approaches have benefits and drawbacks, lawmakers said. Republicans say their plan would keep workers linked to employers, for easy recall once the crisis abates. Democrats argue the unemployment system provides a ready-made distribution channel, though states could also become overwhelmed by the surge of jobless claims.

Meanwhile, industries of all kinds are lining up for help.

As the Senate chairmen hammered out the details — and House chairmen funneled their input — the total price tag is sure to grow beyond $1 trillion, lawmakers said.

With gigs canceled and about $2,000 in work lost so far, musician Seth Duin needed to get creative with his income. So he put out a call on social media: Venmo $5 to @SethDuin, share a picture of your pet and he'll create a goofy theme song.

The House, which adjourned last weekend, is not expected to resume until the new package is ready.

Lawmakers on conference calls with leaders this week said they preferred not to board airplanes amid the virus outbreak. Despite calls to change the rules, Congress does not have a mechanism in place for remote voting.

Trump has already signed into law a $100 billion-plus bill to boost testing for the coronavirus and guarantee paid sick leave for millions of workers hit by it. Earlier, Trump signed an initial $8.3 billion package from Congress.

President Donald Trump was asked whether he supports the government taking an equity stake in companies as the economy grapples with the impact of the coronavirus.