Jackson appeared Wednesday for the third day of tense hearings at the Senate Judiciary Committee hearings, providing a vivid portrait of the nation's promise, but also its enduring racial challenges

It's not just Supreme Court nominee Judge Ketanji Brown Jackson who is being scrutinized. Senators are also being watched at this milestone moment in history considering the first Black woman for the high court.

Some senators have been overcome with “joy,” as Cory Booker of New Jersey described the swell of emotion he felt over the potential to confirm a judge who would help the court look more like America.

Others, led by Sens. Josh Hawley and Ted Cruz, quizzed the federal judge about her views on issues of race and crime, amplifying election year grievances and a backlash over changing culture.

Jackson appeared Wednesday for the third day of tense hearings at the Senate Judiciary Committee hearings, providing a vivid portrait of the nation's promise, but also its enduring racial challenges.

At one point, she held back bittersweet tears as Booker spoke of all that has brought her to this point: “You're here.”

Here are some takeaways from Day Three of the weeklong confirmation hearings. 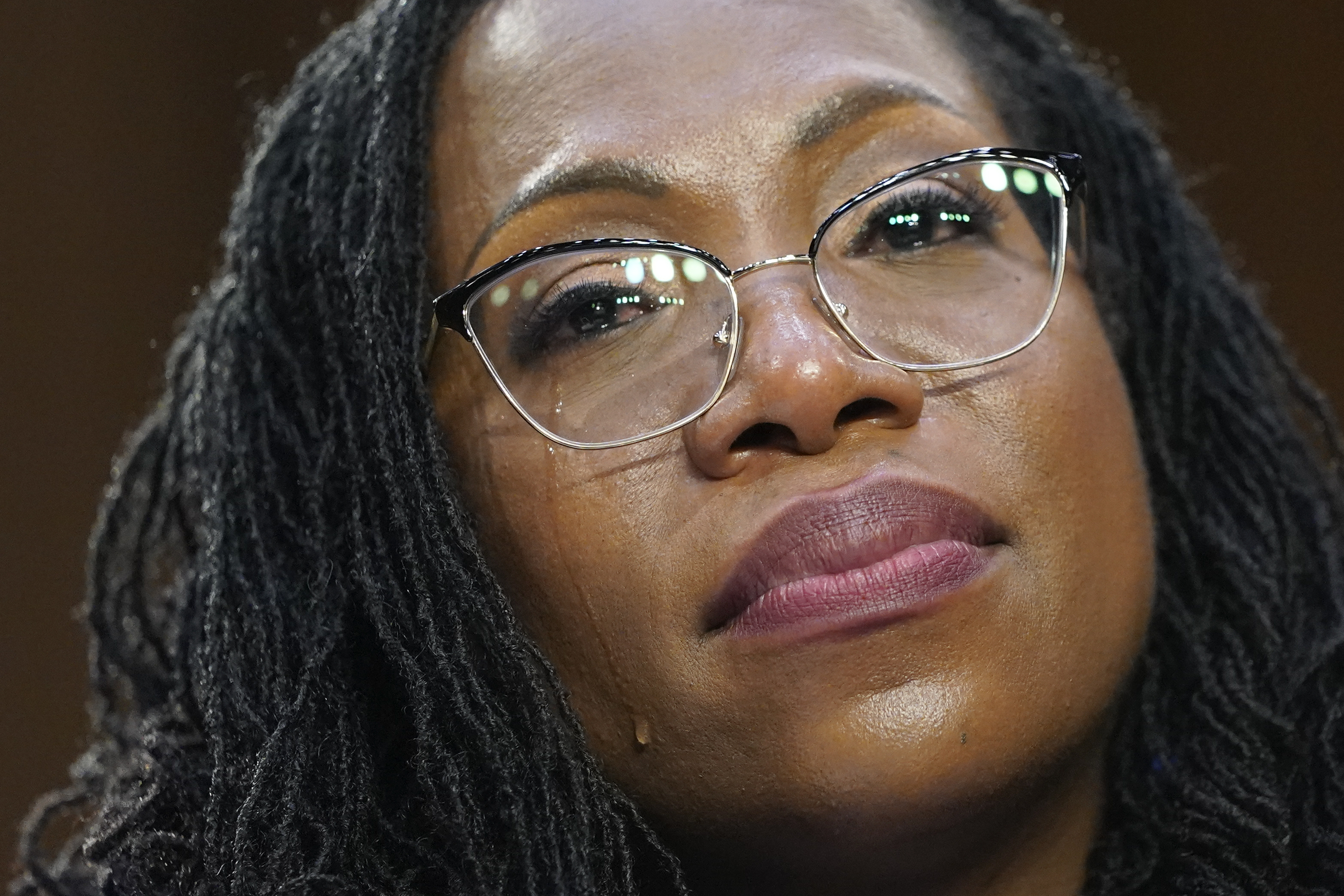 ‘You Are Worthy': Sen. Booker Draws Tears at Jackson Hearing 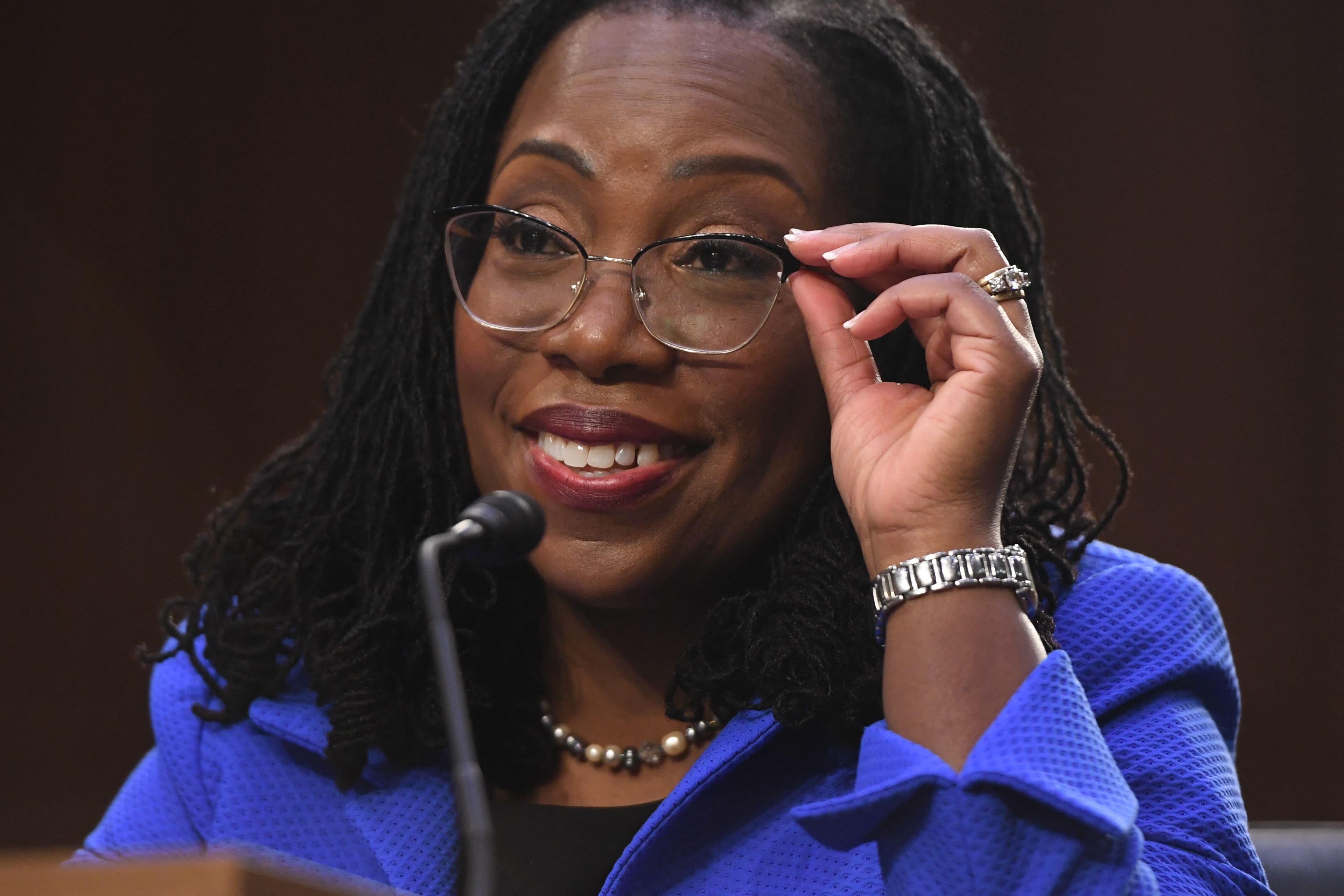 IN DEFENSE OF PUBLIC DEFENDERS

Jackson is the first federal public defender to be nominated to the Supreme Court and her efforts representing those accused of crimes, alongside her work as a federal judge, have provided a lengthy record of difficult cases for senators to review.

Republicans have particularly focused on the emotional and disputed debate over the judge’s record sentencing child pornography offenders to portray her as soft on crime. Critics say she brings too much “empathy” to the law.

Under questions from Democratic Sen. Jon Ossoff of Georgia, Jackson explained that prior to the court's 1963 ruling in Gideon v. Wainwright, people who were accused of crimes but couldn't afford lawyers were not guaranteed the right to legal representation.

Now, everybody who is accused of criminal behavior has the right to an attorney, she said. “And that’s very important.”

Democrats argue that Jackson, who comes from a family with police officers, is backed by the Fraternal Order of Police, the large law enforcement organization.

Jackson's record is being scrutinized much the way the work of the first Black nominee to the court, Thurgood Marshall, the storied civil rights attorney, was probed for representing criminal defendants a half a century ago.

Jackson has presented herself a judge who relies on method, not judicial philosophy, to remain neutral as she works to “stay in my lane” as a judge rather than a public policy-maker.

She expanded on that view Wednesday reminding senators that the Constitution gives Congress the power to make laws and the courts the power to interpret them.

Jackson made news by saying, if confirmed, she would recuse herself from hearing an affirmative action case at Harvard University, her alma mater, where she now serves on Harvard’s Board of Overseers. “That's my plan,” she told senators.

Republicans have tried to portray Jackson as a potentially activist justice, a judge who has shown “empathy” for defendants and cases that they argue goes too far for a position on the high court, which is now tilted 6-3 toward conservatives.

Sen. Thom Tillis, R-N.C., said, “It seems as though you’re a very kind person, and that there’s at least a level of empathy that enters into your treatment of a defendant that some could view as maybe beyond what some of us would be comfortable with.”

Ketanji Brown Jackson could have lost her cool at several of the questions thrown her way during her Supreme Court confirmation hearings, but she has kept calm, says defense attorney and former prosecutor Bernarda Villalona. She explained more about Jackson's even keeled demeanor during the hearings, and explains some parts of Jackson's career that senators keep talking about.

Senators on the Republican side are repeatedly returning to issues of race and crime, focusing on the child pornography offenders that the judge herself has said are among the most difficult of her career - some that still give her nightmares.

Cruz in one tense moment demanded to know why Jackson handed down lighter sentences in a series of cases he had displayed on a chart than the government prosecutors or guidelines recommended.

“You can bang it as long as you want,” Cruz said to the chairman.

Jackson had said that no single one sentence could stand in for all the sentences she has handed down in nearly a decade on the bench, and that she weighs all aspects of the case before her.

“I’ve said what I’m going to say about these cases,” she said.

Senators on the Republican side have signed onto a letter demanding files of her cases, some confidential, insisting the panel probes deeper into Jackson's decision making. Durbin dismissed the request as unprecedented, a "fishing expedition" he will not allow.

Jackson is making history as the first Black woman nominated for the court, which once upheld racial segregation in America and for 233 years has been filled mainly with white men.

Democrats have the potential with their slim majority in the 50-50 Senate to confirm Jackson as President Joe Biden's choice to replace retiring Justice Stephen Breyer even if all Republicans line up opposed. Her nomination is on track for a vote by Easter.

Late in the day, Booker marked the moment saying he refused to let detractors take away his “joy.”

“You have sat with grit and grace,” he told her, as opponents hit a “new low” twisting her record.

Jackson's face scrunched up as the senator talked about her family, her work, her accomplishments as a Black woman in America. As he spoke, she pulled out a tissue, and wiped her eye.

If confirmed, Jackson would also become the sixth female justice in the court's history and the fourth among the nine members of the current court.

“I’m not letting anybody in the Senate steal my joy,” Sen. Cory Booker, D-N.J., told Judge Ketanji Brown Jackson. “I just look at you, and I start getting full of emotion.”
Copyright AP - Associated Press