Even before a strict abortion ban took effect in Texas this week, clinics in neighboring states were fielding growing numbers of calls from women desperate for options.

An Oklahoma clinic had received more than double its number of typical inquiries, two-thirds of them from Texas. A Kansas clinic is anticipating a patient increase of up to 40% based on calls from women in Texas. A Colorado clinic that already had started seeing more patients from other states was preparing to ramp up supplies and staffing in anticipation of the law taking effect.

The Texas law, allowed to stand in a decision Thursday by the U.S. Supreme Court, bans abortions once medical professionals can detect cardiac activity, typically around six weeks. In a highly unusual twist, enforcement will be done by private citizens who can sue anyone they believe is violating the law.

“There’s real panic about how are they going to get an abortion within six weeks,” said Anna Rupani, co-director of Fund Texas Choice, one of several nonprofits that help pay for travel and other expenses for patients seeking out-of-state abortions. “There’s this fear that if I can’t get it done in six weeks, I may not be able to get it done because I may not be able to leave my job or my family for more than a day.”

Traveling for an abortion may be impossible for women who would struggle to find child care or take time off work. And for those without legal U.S. status along Texas’ southern border, traveling to an abortion clinic also entails the risk of getting stopped at a checkpoint. 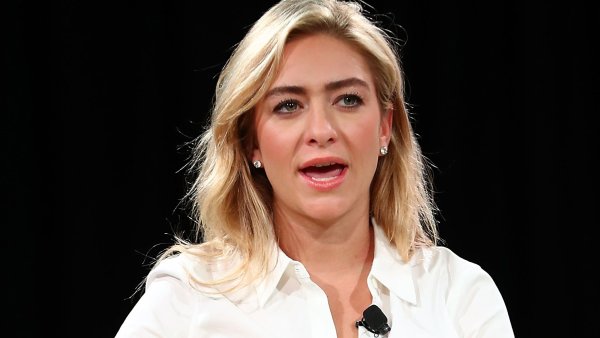 Fund Texas Choice is among the groups seeking to expand a network that helps women in Texas and other places with restrictive abortion laws end their pregnancies in other states. It already has seen more women reaching out. The organization typically handles 10 new cases per week but received 10 calls from new clients just Wednesday, when the law took effect.

The phenomenon is not new. Women have been increasingly seeking out-of-state abortions as Republican legislatures and governors have passed ever-tighter abortion laws, particularly in the South. At least 276,000 women terminated their pregnancies outside their home state between 2012 and 2017, according to a 2019 Associated Press analysis of state and federal data.

The trend appears to have accelerated over the past year. Abortion clinics in neighboring states began seeing an uptick in calls from Texas after Gov. Greg Abbott banned abortions in March 2020 for nearly a month under a COVID-19 executive order.

The number of Texans getting abortions in Kansas jumped from 25 in 2019 to 289 last year. The Trust Women clinic in Wichita accounted for 203 of those procedures in a three-month period. Those patients traveled an average of 650 miles (1,000 kilometers), Trust Women spokesman Zack Gingrich-Gaylord said.

“Last year was a dress rehearsal,” he said, predicting similar numbers under the new Texas law.

One woman discovered she was pregnant just as Abbott's emergency order banning abortions was lifted. She and her partner had lost their jobs in San Antonio during the pandemic.

“We didn’t know which way the world was going to go with everything shut down and no change in sight,” said Miranda, who spoke on the condition that only her first name be used for fear of harassment and intimidation. “The last thing I wanted to do was be pregnant.”

She struggled to find an abortion clinic that could help her. An online search led her to Fund Texas Choice and the Lilith Fund, another organization that offers financial assistance to Texans seeking abortions. They offered to pay for a flight to New Mexico.

“It’s so comforting because it’s like someone saying, ‘We got you. Let’s take care of this together,’" Miranda said.

Eventually, she found an appointment at a clinic in Dallas, a five-hour drive away. The groups helped with gas and lodging, aid that will be even more important with the new law, Miranda said.

“To be able to help me in a time of need when I had nothing, not even a job — that’s something I think a lot of women would benefit from if they knew those options were there,” she said.

Trust Women Wichita clinic director Ashley Brink said the phones have been busier than normal this week with potential patients from Texas and beyond. Women also have been calling from Louisiana and Alabama who would typically get abortion care in Texas but are having to travel even farther.

The clinic typically sees 40 to 50 abortion patients in a week and now is expecting an additional 15 to 20.

At Trust Women's clinic in Oklahoma City, 80 appointments were scheduled over the past two days, more than double the typical amount, co-executive director Rebecca Tong said. Two-thirds were from Texas, and the earliest opening was three weeks out.

“Oklahoma has just barely enough clinics for the amount of people here,” Tong said. “If anyone is thinking, ‘Oh, they can just go out of state, it’ll be so easy,’ a lot of clinics in the Midwest and South, we don’t do abortion care five days a week.”

Oklahoma providers also face the potential for abortion restrictions similar to those in Texas in a matter of months.

In recent months, 15% of patients supported by Cobalt, an abortion access advocacy group in Colorado, were from out of state, president Karen Middleton said. She expects that number to keep rising.

The group administers a fund to cover the cost of the procedure, travel, lodging and meals. It began preparing for a potential influx of patients from Texas several weeks ago.

“We reached out to everyone who provides abortion care in the state of Colorado,” Middleton said. “We asked them to be ready and to let us know if they could handle increased capacity.”

Traveling for the procedure may still be out of reach for some. Women without legal U.S. status might turn to abortion medication, said Diana Gomez, advocacy manager with Progress Texas, though even that option is in question.

Several Republican-led states have passed laws making it harder to access the pills and banning prescriptions through virtual health visits. Texas is considering similar restrictions, which could force women to get pills by mail for do-it-yourself abortions or other methods.

“They are going to have to go underground and find alternative means in our state,” Gomez said.

Paxton Smith, the valedictorian at Lake Highlands High School in Dallas, Texas, wasn't sure if her mic would be cut when she made a graduation speech against a recently passed abortion law in the state. The law prohibits abortion if a doctor can detect a fetal heartbeat, which often occurs before a woman even knows she's pregnant.