Medical experts say the heart doesn't begin to form until the fetus it is at least nine weeks old, and they decry efforts to promote abortion bans by relying on medical inaccuracies

The nation's highest court has allowed a Texas law banning most abortions to remain in effect, marking a turning point for abortion opponents who have been fighting to implement stronger restrictions for nearly a decade.

The Texas law, pegged a “fetal heartbeat bill,” bans abortions at the point of the “first detectable heartbeat,” which could happen around six weeks into pregnancy, although that timeframe isn’t specified in the measure. Medical experts say the heart doesn't begin to form until the fetus it is at least nine weeks old, and they decry efforts to promote abortion bans by relying on medical inaccuracies.

Nonetheless, at least 13 other states with Republican-dominated legislatures have adopted similar bans, although courts have blocked them all from being implemented. Democrats call the new Texas law an unconstitutional assault on women's health.

The growing anti-abortion campaign is intended to reach the U.S. Supreme Court. Abortion opponents hope the conservative coalition assembled under President Donald Trump will end the constitutional right to abortion as established by the high court in the landmark 1973 Roe v. Wade ruling. 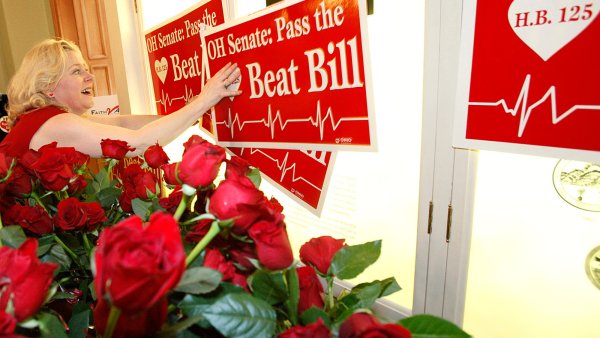 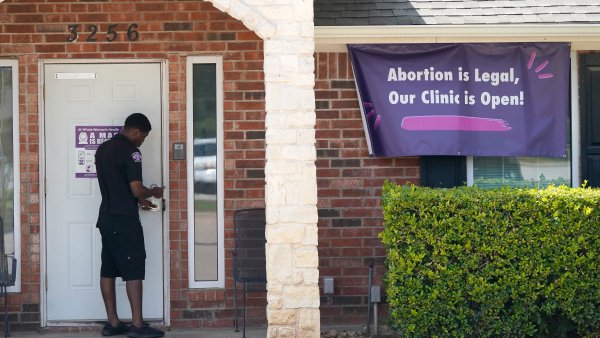 EXPLAINER: What to Know About the New Texas Abortion Law

Advanced technology can detect a first flutter of electric activity within cells in an embryo as early as six weeks. This flutter isn’t a beating heart, it’s cardiac activity that will eventually become a heart. An embryo is termed a fetus after the eighth week of pregnancy, and the actual heart begins to form between the ninth and 12th weeks of pregnancy.

“It's not a heartbeat, it’s the motion of the neural cells going up and down tubes in an embryo,” said Dr. Michael Cackovic, a maternal fetal medicine specialist at Ohio State University’s Wexner Medical Center, where some 5,300 babies are born each year.

Cackovic said ultrasound technology significantly advances each year, allowing physicians to provide better information to their patients, but he's alarmed that such advances in medicine have been used to promote misinformation.

“We’re using technology to detect early cardiac motion, basically it's a reflexive moment,” Cackovic added. “But now people are using this technology to forward their agenda.”

In 2013, a pioneering University of Leeds study found that while four clearly defined chambers appear in the human heart from the eighth week of pregnancy, they remain “a disorganized jumble of tissue” until around the 20th week, much later than previously believed.

The notion that abortion as early as six weeks into pregnancy “stops a beating heart” is a concept originated by Ohio activist Janet Folger Porter, one of the nation’s fiercest advocates for banning the procedure.

Porter found that hearts were easy to market and punctuated her decade-long lobbying efforts by distributing heart-shaped balloons and teddy bears, all while side-stepping whether the packaging of the proposal was medically true.

She's a polarizing figure, even among Republicans, due to her lobbying stunts and other controversial actions she's exercised over the years. Notably, she arranged “testimony” via ultrasound by an in utero fetus. She also questions President Barack Obama’s citizenship and more recently served as spokeswoman for Senate candidate Roy Moore, of Alabama, who has denied allegationsthat he molested a 14-year-old girl.

OTHER STATES JUMP ON BOARD

It took Ohio nearly a decade to sign off on the abortion ban backed by Porter, but other states eventually got on board, after advocates for similar bans mirrored her tactics lobbying lawmakers and using emotive phrases such as “take heart” or “have a heart.”

Arkansas and North Dakota were among the first states to pass these types of bills in 2013. Iowa became the third in 2018. About two dozen states have since introduced similar measures inside their legislatures, but only Texas' version has been enacted.

NOT THE FIRST TIME ABORTION HAS SPARKED WAR OVER WORDS

Plenty of battles have taken place over politically charged, inaccurate or vague terminology over abortion laws.

In the fight over fetal cardiac activity in embryos, anti-abortion advocates counter that using such terms dehumanize the unborn.