The latest news on the 2020 California primaries and the 2020 presidential election.
Bernie Sanders

Sanders Struggles to Expand Supporter Base After Warren Exit

Elizabeth Warren, one of Sanders' closest ideological allies, declined to endorse anyone after suspending her campaign on Thursday

It took Joe Biden's moderate rivals just hours to unite behind his presidential campaign after they left the race. Bernie Sanders hasn't been so fortunate.

Elizabeth Warren, one of Sanders' closest ideological allies, declined to endorse anyone after suspending her campaign on Thursday. She didn't rule out an endorsement of her New England neighbor but said she wanted to "take a deep breath and spend a little time on that."

High-profile Warren supporters across the country, particularly women, were also hesitant to race into Sanders' camp. And on Capitol Hill, where Biden was racking up new endorsements daily, the Vermont senator hasn't earned a single new endorsement, even among the most progressive elected officials, in two weeks.

The dangerous silence from Warren and progressive officials across the country comes at the worst time for Sanders, who's suddenly losing momentum in a two-man race with the former vice president as another set of high-stakes primary elections looms. Sanders is moving forward with the same coalition that was beaten soundly earlier this week. And if he cannot find a way to grow, and grow quickly, the Vermont senator's 2020 challenge will only become more dire.

There is an increasing sense of frustration within Sanders' campaign, where a divide over strategy has emerged between opposing camps, according to a person close to the campaign who spoke on condition of anonymity to disclose private discussions.

On one side, campaign manager Faiz Shakir wants to empower the pool of existing supporters, such as progressive congresswomen Alexandria Ocasio-Cortez and Rashida Tlaib, because of their organic appeal to voters. On the other, senior adviser Jeff Weaver is pushing for a wider range of endorsements to broaden Sanders' coalition.

Biden's team has already announced plans to dispatch Klobuchar, a Midwestern moderate, to Michigan ahead of the state's critical primary election on Tuesday.

Many would-be Sanders supporters, meanwhile, are taking a wait-and-see approach. 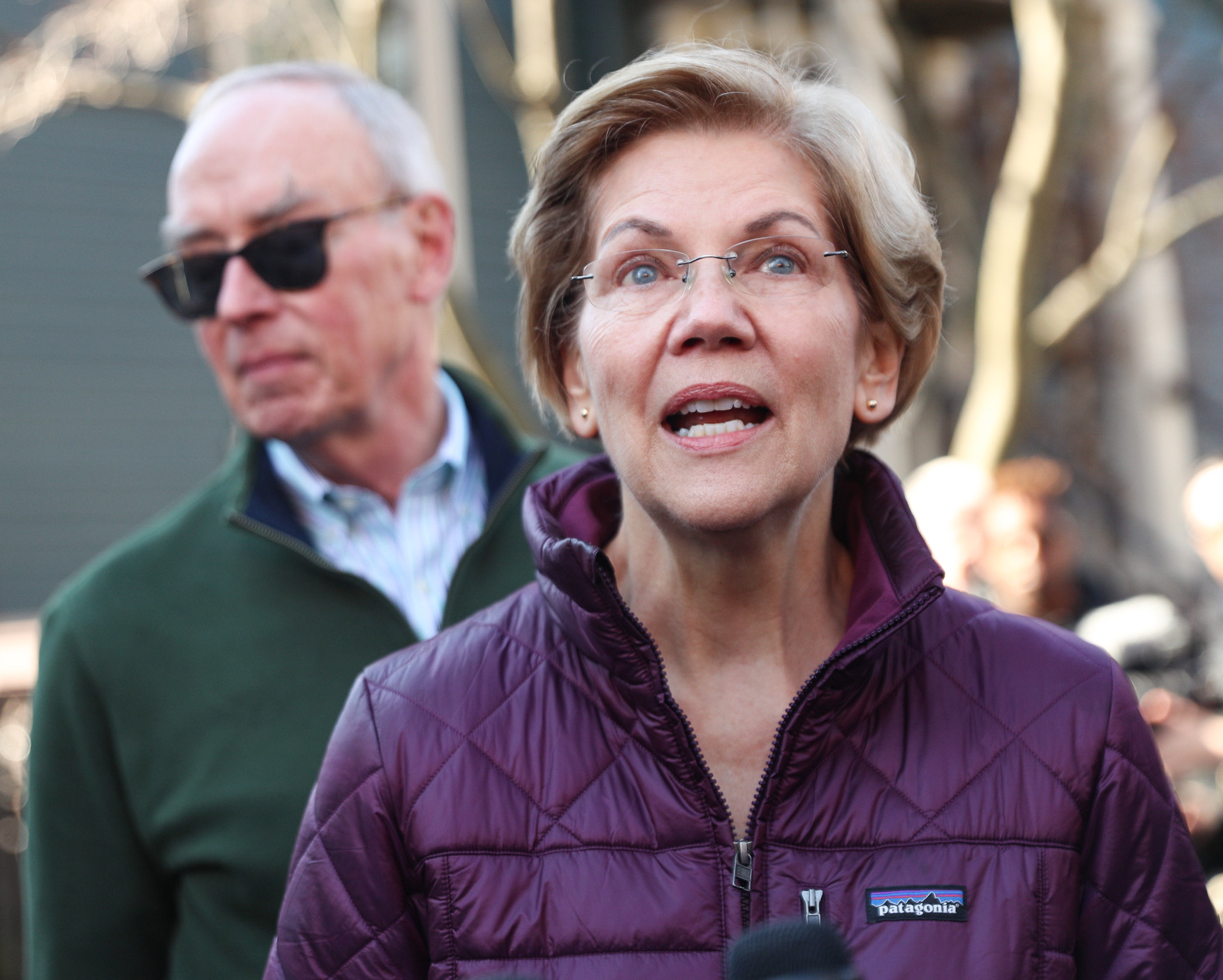 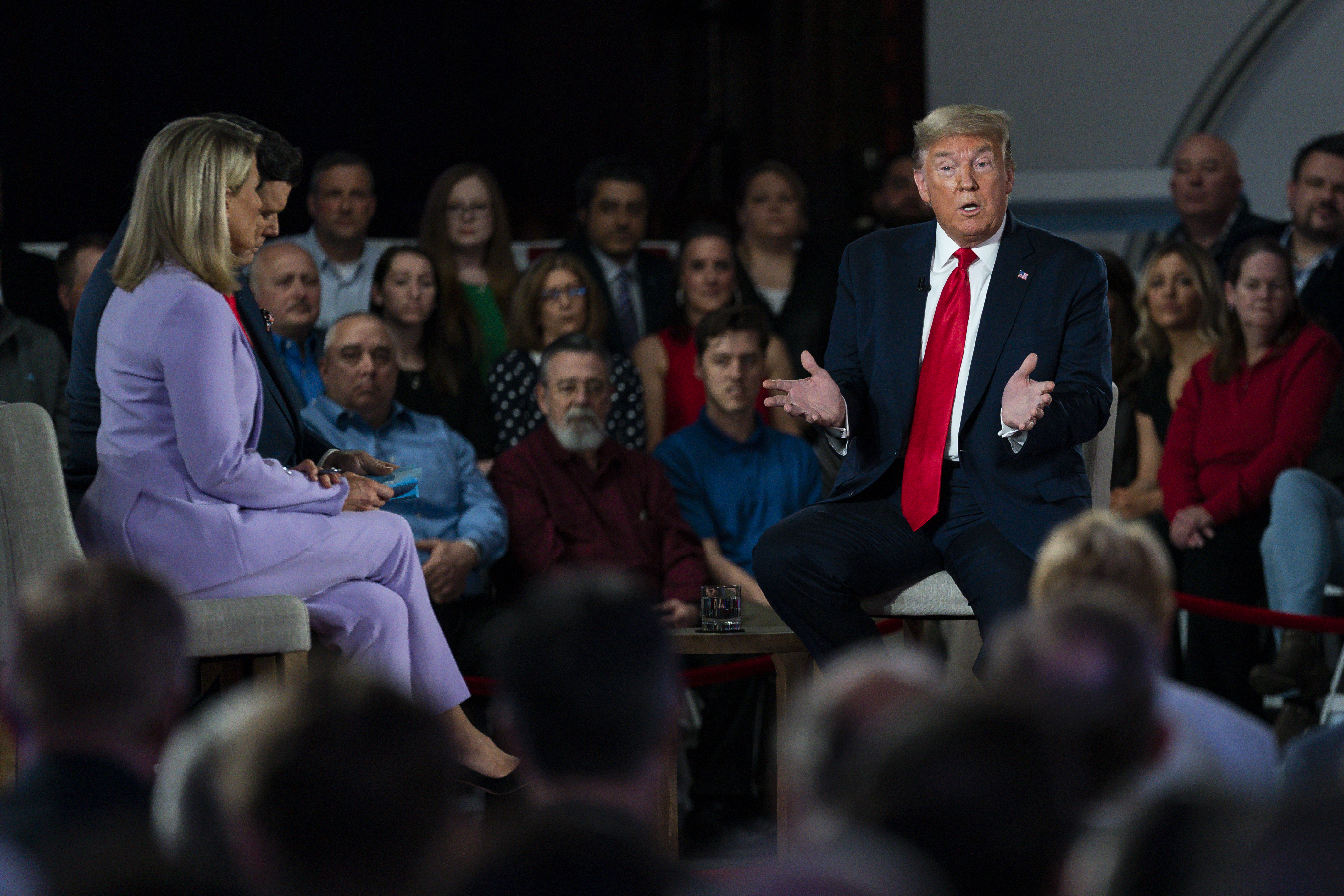 Adam Green, the co-founder of the Progressive Campaign Change Committee, said the organization would ultimately endorse whomever Warren does.

"We are among her many supporters who are rooting for her to exert every ounce of leverage she has in this moment of goodwill in order to advance the big ideas and the people she cares so much about," Green said Thursday.

He said Warren, a former Harvard law professor and expert on the legalities of contracts, would approach the decision carefully and that process "might be time-intensive or it might not be."

The National Organization for Women, whose political action committee endorsed Warren earlier in the week, encouraged Warren to take her time. In an interview, NOW President Toni Van Pelt urged Warren not to endorse Sanders.

"She has a lot of leverage right now. We do trust her to make the right decisions on how to proceed. But we’d like her not to rush into this," Van Pelt told The Associated Press.

"We think that our constituents, our members, will not necessarily think of Sanders as the best choice. We wouldn’t have the Violence Against Women Act if it wasn’t for Biden’s leadership," she continued. "Sanders doesn’t have a record. He’s really, as far as we know, done next to nothing for women and for our issues."

Sanders has the public support of nine members of Congress, yet he has earned no new endorsements since Feb. 20. Biden has won at least 26 this week alone.

One of Sanders' few allies in Congress, Rep. Ro Khanna, D-Calif., said Thursday that Warren's support would be "a game-changer." "But that's her decision to make," he said.

Khanna said it has been difficult to line up congressional endorsements for Sanders because "he was seen as such a long shot" originally. He and other Sanders supporters have hosted a half dozen "salons" — evening gatherings in Washington with groups of 10 to 15 lawmakers — to try to generate new support.

"He very much values these endorsements," Khanna said of Sanders.

But relative to his rivals, Sanders and his senior team have not invested as much time or energy into courting influential Democrats or their networks. Sanders' team suggested their outreach would grow substantially after Super Tuesday, yet there has been little sign of a strategic shift in recent days.

Sanders' allies concede that his unique candidacy presents challenges as they try to grow. Specifically, his core message rails against the political establishment. And by definition, elected officials are part of the establishment.

"It is hard to wage a war against the political establishment and win their support. Bernie was always going to do this on the backs of the grassroots movement," said Neil Sroka, of the group Democracy For America, which endorsed Sanders this week.

One potential bright spot: Sanders in the coming days is expected to win the backing of the Working Families Party, which endorsed Warren last fall. The group declined to weigh in on a possible endorsement immediately after Warren's exit on Thursday but has publicly signaled support for both Warren and Sanders.

Former Democratic presidential contender Marianne Williamson, who endorsed Sanders last month, decried the wave of establishment support for Biden. She called it "a coup" on social media, but in an interview, she suggested that Sanders could do a better job of expanding his coalition.

She said Sanders did a better job four years ago speaking to "the needs and aspirations of white, working-class people."

"I do hope that more effort will be made to make it clearer that his positions, his platform and his policies uplift every working and would-be working person. That was clear last time, and I wish it were clearer this time," Williamson said.

Meanwhile, elected officials on the ground in key states offered an inside look at Sanders' political operation.

Sanders was the only major omission, even though she made a weeklong effort to seek him out.

"There is strength in building a coalition that is going to continue to grow. And they’re not focusing on their growth," said DeJear, who ultimately decided to support Warren.

She added: "I don’t think anybody can doubt his commitment to certain things. But in this point in which we stand as a country, I’m wondering if he is the best leader for the office of the president."

Peoples reported in New York. Associated Press writer Will Weissert in Washington contributed to this report.