The latest news on the 2020 California primaries and the 2020 presidential election.
Kamala Harris

An overzealous prosecutor trying to hide her crime-fighting past — who is also weak on crime. The most radical pick for vice president ever — but too moderate to energize progressive Democrats.

And without a clear message, Trump has reverted to his usual playbook, resorting to sexist and racist attacks. He has repeatedly called Harris “nasty” and has leaned into appeals that appear stuck in a fictionalized version of the 1950s.

"The ‘suburban housewife’ will be voting for me. They want safety & are thrilled that I ended the long running program where low income housing would invade their neighborhood. Biden would reinstall it, in a bigger form, with Corey Booker in charge!" he tweeted Wednesday, incorrectly spelling the name of the Democratic senator and former mayor of Newark, New Jersey, who is also Black.

Like Biden, Harris has staked out relatively moderate stances over the course of her career on issues such as health care and law enforcement. That's complicating the Trump campaign's crude efforts to depict the Democratic ticket as out of step with the country.

Joe Biden and Sen. Kamala Harris, D-Calif., made their first public appearance as presumptive Democratic presidential and vice-presidential running mates. "I am ready to get to work," said Harris. "Our economy, our health, our children, the kind of country we live in—it's all on the line."

With Trump lagging in the polls less than 90 days before the election, his team faces a pivotal choice. Do they attempt to fire up their own base and scare off moderates by painting Biden and Harris as radical socialists? Or do they aim to depress enthusiasm among the Democratic base by arguing Biden and Harris are opportunistic and insufficiently liberal?

Biden and Harris can't be both. But that hasn't stopped Trump and his allies from trying to make the incongruous portrayals stick.

“Clearly, Phony Kamala will abandon her own morals, as well as try to bury her record as a prosecutor, in order to appease the anti-police extremists controlling the Democrat Party,” senior campaign adviser Katrina Pierson said in the Trump's campaign's first statement responding to the news.

During his Fox News program on Tuesday, host Sean Hannity called Harris the “most radical running mate ever.” At the same time as it echoed that messaging, the Republican National Committee also sought to frame her as insufficiently liberal, gleefully declaring: “liberals revolt against Biden, Harris ticket.”

Former Vice President Joe Biden and Senator Kamala Harris make their debut as running mates, with Biden saying his vice presidential pick is "ready to do this job on day one."

"So to sum up: Kamala Harris is a cop — who is an anti-police extremist. A radical leftist — who is causing a ‘revolt’ among Bernie voters. A phony — who was too nasty to Joe Biden. Got that?" wrote Tim Miller, who previously served as senior adviser to an anti-Trump political action committee and as an RNC spokesperson.

One Trump campaign official who spoke on condition of anonymity to discuss strategy said the mixed messages were aimed at different audiences. The campaign is seeking to animate its own supporters against “radicals” and sow apathy among Democrats, the official said.

Biden campaign spokesperson Andrew Bates accused Trump of struggling “in vain attempts to tear the American people apart and distract the country from his devastating mismanagement with clumsy, bigoted lies,” and called him “dumbfounded after Joe Biden’s selection of a strong running mate who he himself said not two weeks ago would be a ‘fine choice.’”

Trump told reporters on Tuesday that Harris was his “No. 1 draft pick” and that he thought she would help his political prospects. But in private, he's expressed doubts.

As Air Force One returned to Washington from a weekend in New Jersey on Sunday night, Trump turned to the senior staffers and friends assembled on the plane to discuss Biden’s impending choice. Assessing the Democratic field, Trump said he thought California Rep. Karen Bass or former national security adviser Susan Rice would give him the biggest boost, according to two White House officials and Republicans close to the president who spoke to The Associated Press on condition of anonymity because they were not authorized to publicly discuss the private conversations.

Former Vice President Joe Biden has selected Sen. Kamala Harris as his running mate, making her the first Black woman, and the first Asian American woman, on a major party ticket. Here is a look back at her career.

Looking to blunt momentum from the pick, the Trump campaign was putting the final touches on its efforts to have a robust counter-programming schedule during next week's Democratic National Convention, which will be a virtual, online event.

The president was poised to hold events in Wisconsin, Minnesota and Arizona early in the week. On Thursday, the day of Biden's acceptance speech, Trump was set to make an appearance in the former vice president's former hometown of Scranton, Pennsylvania, according to a campaign official not authorized to publicly discuss plans that had not been finalized.

Trump's repeated attacks against “Crooked” Hillary Clinton had a devastating effect on her campaign in 2016. Four years later, the lack of a clear, consistent message could portend trouble.

Trump’s campaign has been plotting for almost two years to characterize the Democratic nominee and running mate as beholden to the “radical left.” That might have gained traction had progressive leaders Bernie Sanders or Elizabeth Warren won the nomination.

But it's a harder case to make against Biden, who didn't embrace “Medicare for All” during the Democratic primary and has resisted more recent calls from some activists to defund the police. 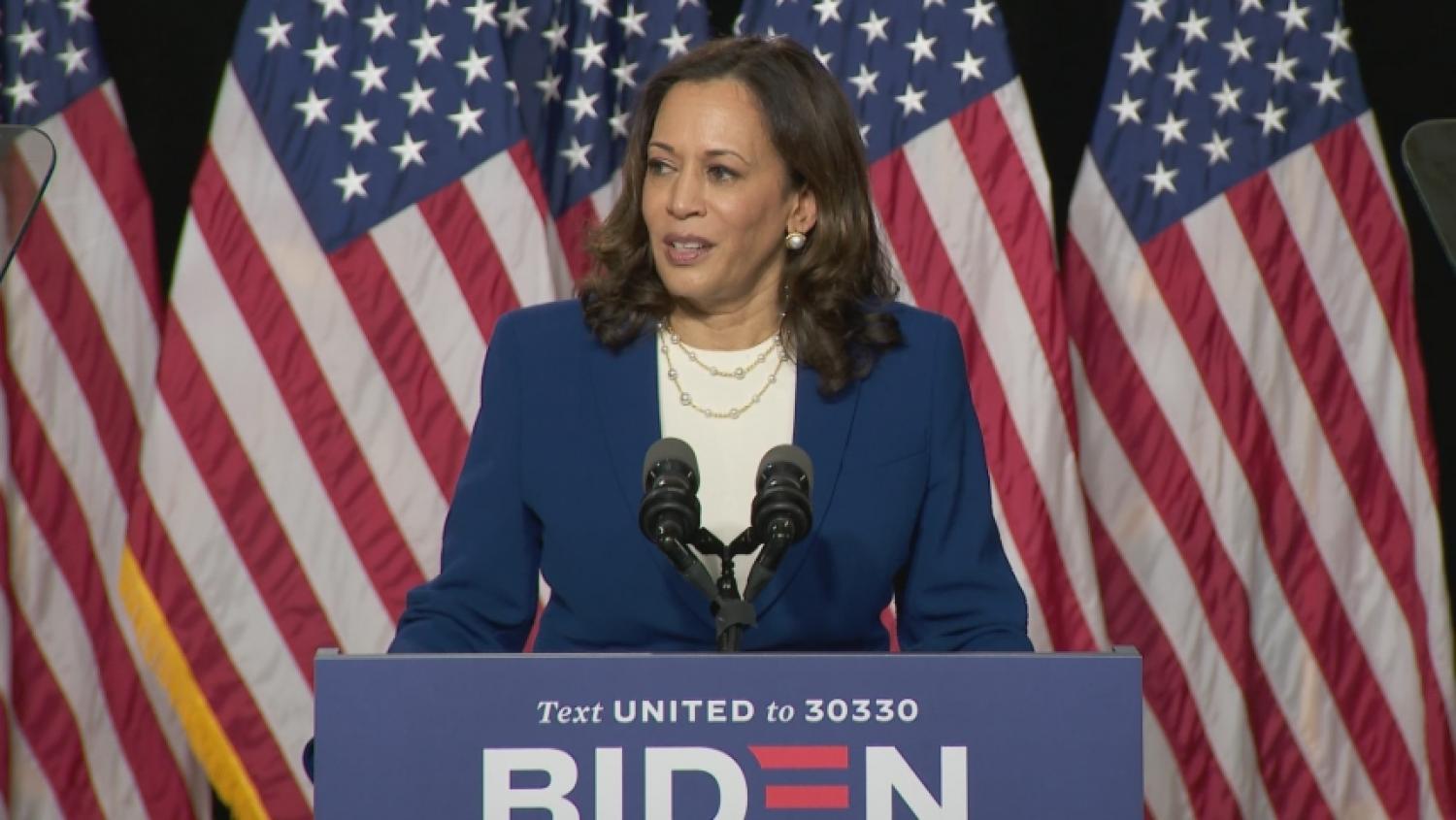 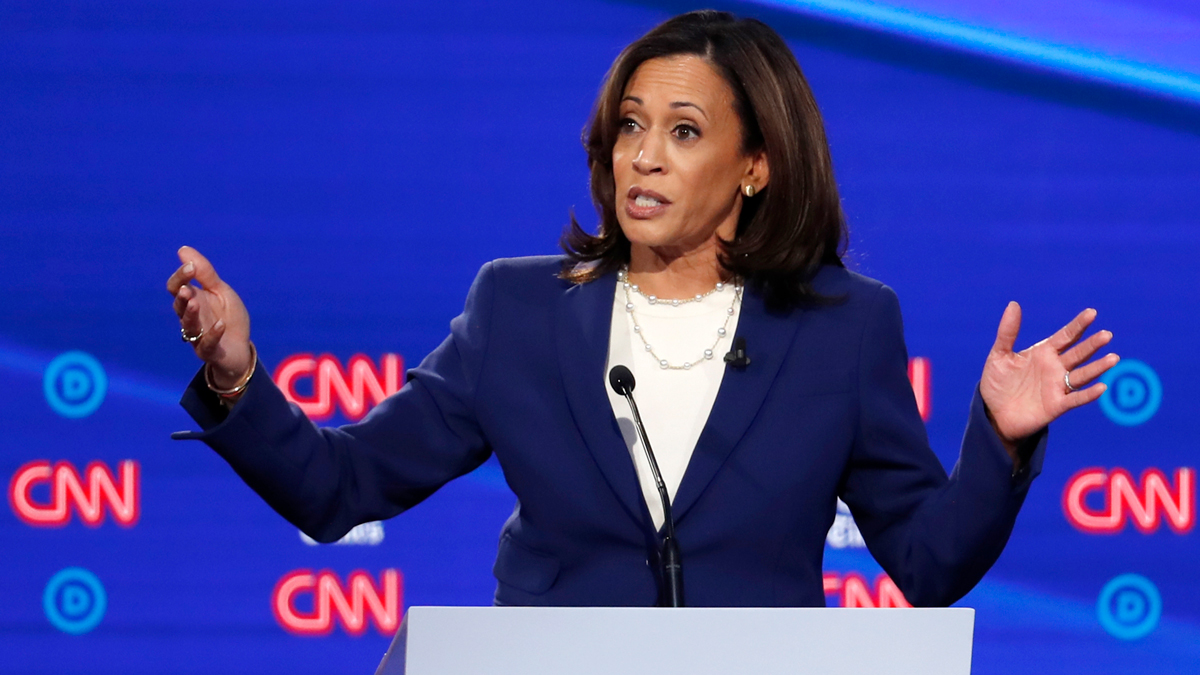 ‘One of Us': South Asians Celebrate Harris as VP Choice 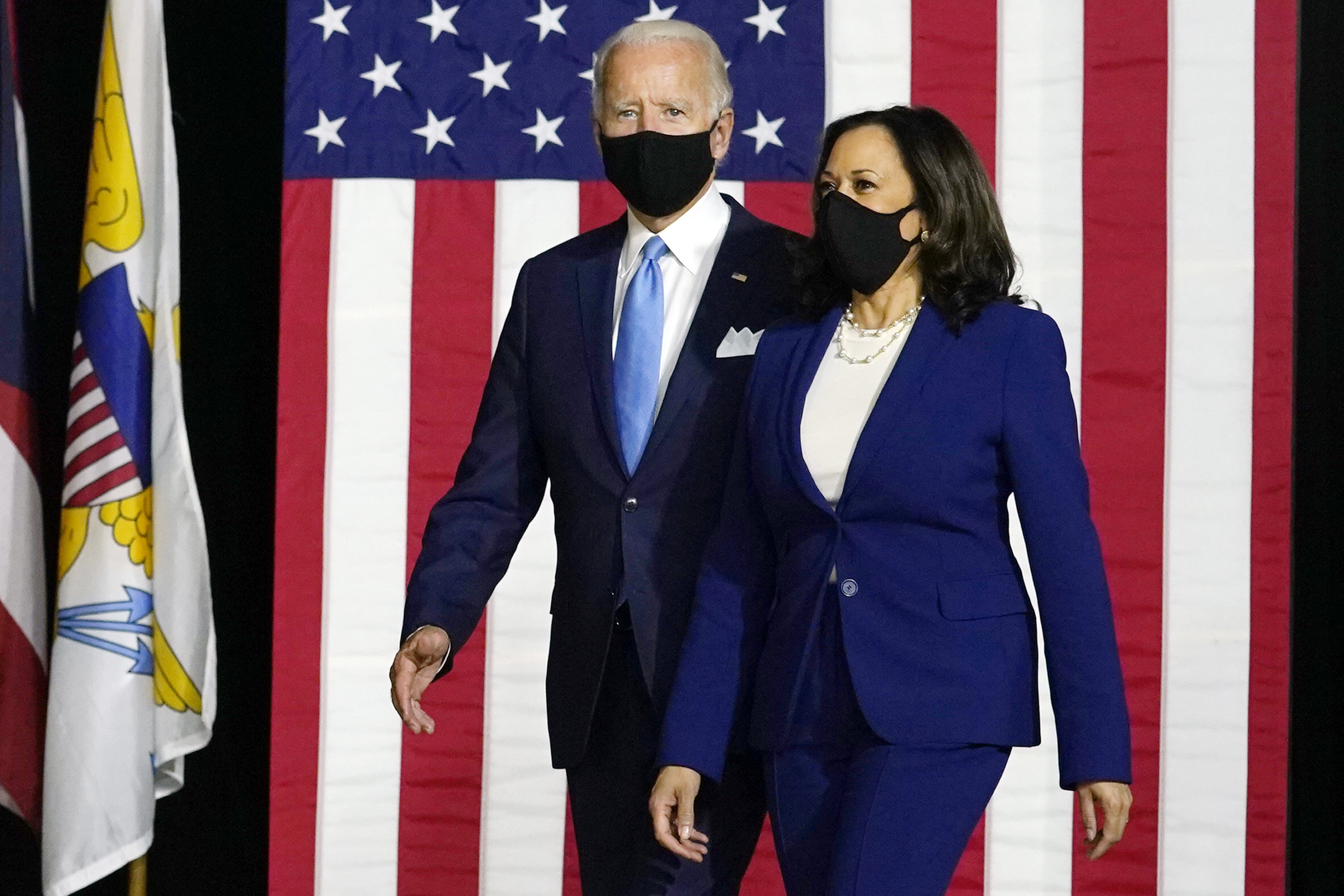 'Moment of Real Consequence': No Crowd, Plenty of History as Harris Debuts as VP Candidate

Harris ran her own campaign for the Democratic nomination as a relative moderate in the field. The former California attorney general also served as district attorney in San Francisco, and her record in law enforcement came under scrutiny and turned away some liberals and younger Black voters who saw her as out of step on issues of racism in the legal system and police brutality.

Yet on a conference call with reporters responding to the news Tuesday evening, Trump’s campaign continued to push the narrative that Harris is a “leftist” pushing a “radical agenda.”

"This has completed the leftist takeover of the party and of their radical agenda," said Republican Sen. Marsha Blackburn of Tennessee, who claimed Harris "will be the most liberal leftist nominee for VP that our country has ever seen" and cited her support for the Black Lives Matter group.

"With this move to left," she predicted, "what you’re going to see is a lot of security moms that are all across this nation who are going to say, ‘You know what? Law and order is important to me.... Security in our communities is important, and I don’t want someone who says that they are not going to be tough on hardened criminals.'"

On the same call, Pierson went after Harris' record as attorney general, saying that "she fought to keep inmates locked up in overcrowded prisons so they could be used for cheap labor" and that she “championed laws that put parents in jail and prosecuted the mentally ill."