Here are some of the key exchanges between President Donald Trump and Democratic nominee Joe Biden during Thursday's final presidential debate:

Biden was asked if he could understand why parents of children of color are afraid their child may be unfairly targeted by authorities.

"I never had to tell my daughter, if she's pulled over ... put both hands on top of the wheel and don't reach for the glovebox because someone may shoot you. But a Black parent, no matter how wealthy or how poor they are, has to teach their child," Biden said.

Biden said that although the United States had made progress, institutional racism exists.

The country, according to Biden, is missing the mark on part of the Declaration of Independence – the second paragraph that reads: "We hold these truths to be self-evident, that all men are created equal."

"We have never, ever lived up to it, but we've constantly been moving the needle further and further to inclusion, not exclusion," Biden said before criticizing Trump. "This is the first president to come along and say 'That's the end of that. We're not going to do that anymore.'"

Trump was asked to speak to the parents of children of color who fear for their children's lives. He started by attacking Biden, saying that Biden after decades in office has never supported the Black community.

Trump said some of the biggest beneficiaries of his administration's investments and economy are Black and Hispanic communities, adding he also strongly supported HBCUs.

President Donald Trump and Democratic presidential nominee Joe Biden attacked each other over their handling of issues of race and criminal justice during their tenures in government.

Prior to the debate, Trump said he would talk about Biden’s son, Hunter, and he did.

Trump accused the Bidens of corruption and of making money from their international relationships. In doing so, the president often blurred the line between father and son. He referenced material given to the New York Post, supposedly from a laptop belonging to Hunter, that was passed on by Trump’s lawyer, Rudy Giuliani.

"If this is true, then he's a corrupt politician," Trump said.

There is no evidence that the theories Trump referenced are true.

Trump never said exactly what the former vice president or his son were supposed to have done, and for viewers who have not followed the unsubstantiated accusations, the debate exchanges could have been difficult to follow.

Biden, who raised Giuliani’s name preemptively, insisted that he had always behaved ethically. He has repeatedly denied any wrongdoing by him or his son in relation to his work as vice president. And during Thursday's debate, Biden reminded viewers that it was Trump who was impeached over his attempts to force Ukraine to investigate him.

Trump's allies have hoped that the attacks on Hunter would serve as this campaign's so-called "October surprise," much as the release of Hillary Clinton's emails did four years ago. But even a Republican-led Congressional investigation found no wrong-doing by Biden.

“Every single person said I did my job impeccably,” Biden said.

Compared to the chaotic first debate, both candidates covered a wide range of topics in a more substantive way — thanks in part to fewer interruptions as microphones were muted for their initial responses.

As one candidate got two minutes to answer a question, the microphone of the other was muted.

Both Trump and Biden mostly followed the rules during the night, allowing the debate to advance. 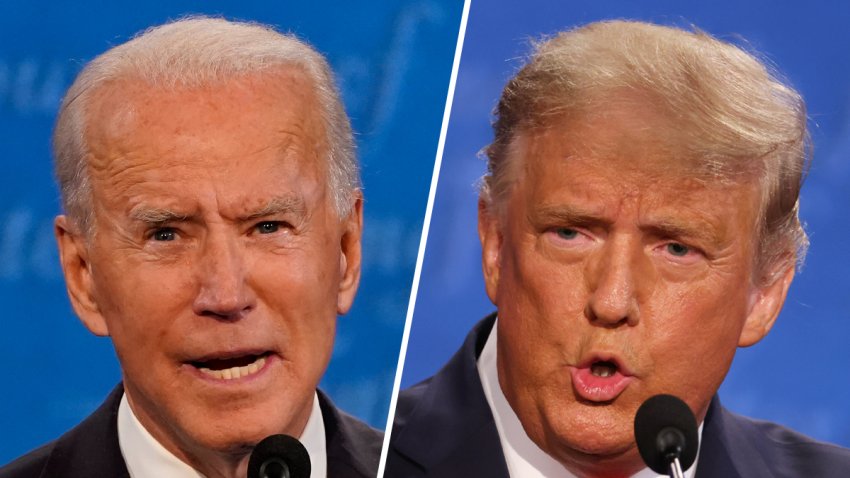 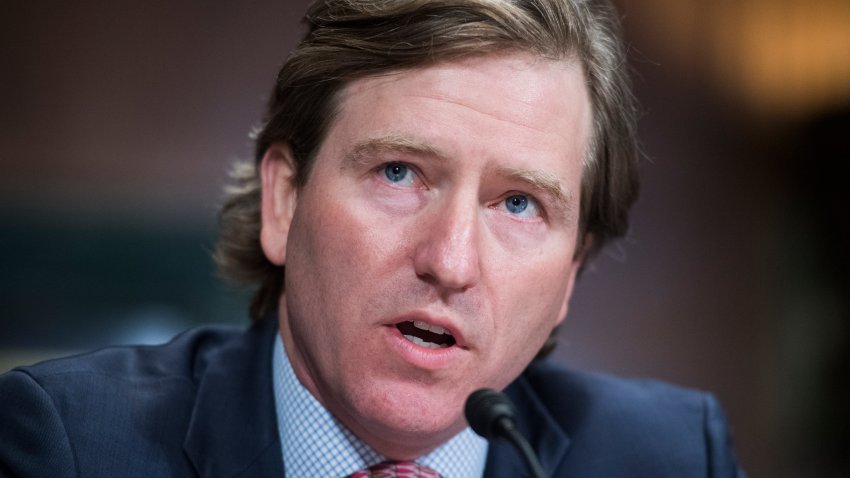 However, there was a lot of crosstalk in which the candidates insisted they respond to the last comment made by their opponent — forcing NBC News' Kristen Welker, who served as the moderator, to reverse her attempts to move on to other topics.

In the first debate, interruptions became so intrusive that moderator Chris Wallace of Fox News said, "I think the country would be better served if we allow both people to speak with fewer interruptions."

President Donald Trump and Democratic presidential nominee Joe Biden ended Thursday’s debate with a statement to the American people about what they would say in their inaugural address if elected president.

Trump was asked about the more than 500 children separated from their parents whom the Trump administration cannot find.

"The children are brought here by coyotes and lots of bad people," Trump said.

But the question was about reuniting families, and Welker persisted as Trump accused the Obama administration of keeping migrant children in cages.

Steering back to Welker's question, Biden countered Trump, saying the children were not brought in by coyotes, but by their parents.

Trump brought up cages again and said of the children, "They are so well taken care of."

Trump did not explain how his administration would reunite the families.

The Future of Health Care

Trump repeated his often-made claim that he would create a better health care plan than Obamacare that will protect people who have pre-existing conditions.

Trump has never revealed a new health care plan, though he has repeatedly said he would, including during the 2016 campaign.

His statement comes as the Trump administration is asking the U.S. Supreme Court to declare Obamacare unconstitutional.

"Obamacare is no good," he said.

As Trump kept trying to define Biden by other Democrats' plans, Biden jumped in.

"He's running against Joe Biden," he said of Trump.

Trump has unreservedly launched attacks against the Democratic Party and Democratic state and local governments throughout the election cycle.

Though that rhetoric remained in the final debate, Trump said he has helped even those who oppose him because his administration's economy benefited all Americans, particularly marginalized communities of color.

"Success is going to bring us together. We are on the road to success," Trump said.

Biden's message of unity was broader and echoed former President Barack Obama's Democratic National Convention keynote address in 2004 in which he said, "There is not a liberal America or a conservative America, there is the United States of America."

Obama also delivered a similar message in 2012 as part of his campaign.

On the debate stage, Biden expanded on his promise that he would be a president to all Americans.

Biden said he would "represent all of you: whether you voted for me or against me."

"What is on the ballot here is the character of this country: decency, honor, respect, treating people with dignity, making sure that everyone has an even chance, and I'm going to make sure you get that," Biden said.