The latest news on the 2020 California primaries and the 2020 presidential election.
Vote-by-mail

“California will continue to defend Californians’ right to vote, including their right to vote by mail, and the right to hold an election that is safe, secure, and accessible," Gov. Gavin Newsom's press secretary said

Bay Area Republican leaders have confirmed that the party is suing California over Gov. Gavin Newsom's plan to send every registered voter a mail-in ballot, claiming that the system opens itself up to inaccuracy and fraudulent voting.

The lawsuit was filed in United States District Court for the Eastern District of California. It claims that the state's order is unlawful because it deprives residents of their constitutional right to vote by making voter fraud inevitable.

Jesse Melgar, Newsom's press secretary, responded to the lawsuit by saying that vote-by-mail will actually expand people's right to vote. 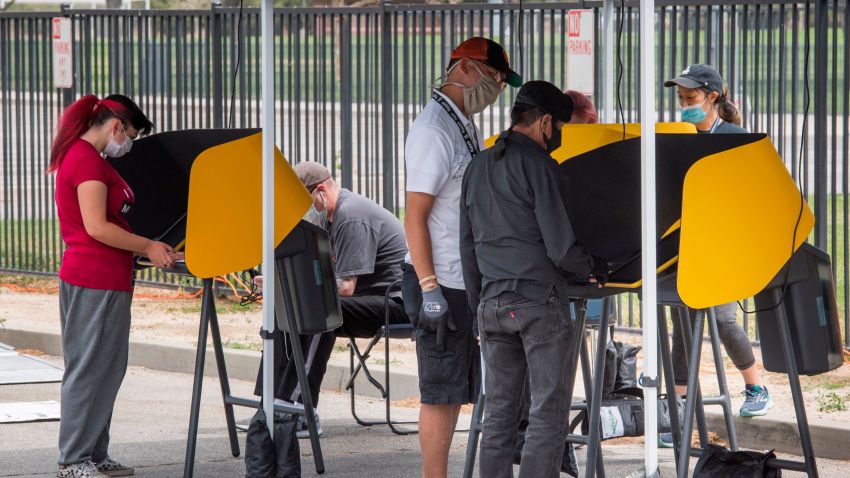 California Secretary of State Alex Padilla said in a tweet that vote-by-mail is not a partisan issue, but a "moral imperative to protect voting rights."

He called the move by Republicans a "smear campaign" against California's plan, suggesting that the virus was being "exploited" for voter suppression.

In a May 8 tweet announcing California's vote-by-mail plan, Padilla said that the state would do its best to keep polling places open and safe, if possible.

California joins a growing list of states considering mail-in voting as an alternative to in-person voting during the coronavirus pandemic.