With in-person campaigning largely suspended because of the coronavirus, movie and TV stars, pop icons and sports standouts are helping Biden raise money and energize supporters

Poised over the piano, Carole King was set to play “I Feel the Earth Move” during a recent virtual fundraiser for Joe Biden when the Democratic presidential nominee himself beat her to it.

"On my playlist, Carole!" Biden proclaimed, holding up his phone and letting a few seconds of the song blast.

"Oh, well, I'll just sit back and let you play your playlist," King said with a laugh.

The four-time Grammy winner isn't the only Biden playlist mainstay helping his campaign against President Donald Trump. Jimmy Buffett noted that "Come Monday" was among the hits stored on Biden's phone before singing it at another recent fundraiser. And James Taylor told another group that he learned to play "America the Beautiful" for President Barack Obama's 2013 inauguration, when Biden was sworn in for four more years as vice president.

With in-person campaigning largely suspended because of the coronavirus, a parade of movie and TV stars, pop icons and sports standouts are proving crucial in helping Biden raise money and energize supporters as campaign surrogates. Events this week with celebrities and advocates including actress Alyssa Milano are serving as counter-programming to the Republican National Convention.

Watch the best moments from the third night of the 2020 Democratic National Convention. Footage provided is a mixed feed and is a joint effort by the pool and the DNCC.

"We’re just flooding the zone as much as possible," said Michelle Kwan, Biden’s surrogate director and an Olympic silver and bronze medalist figure skater who held a similar post for Hillary Clinton in 2016. "Our artists and actors who are surrogates, they tend to be at home so their availability and their schedule has opened up (and) they’re willing to do more things."

Biden’s campaign now has a team of 15 staffers dedicated to organizing surrogate activities.

Republicans point to the events as evidence that Biden and his running mate, California Sen. Kamala Harris, are closer to Hollywood than the heartland. Speaking at the RNC this week, party chairwoman Ronna McDaniel noted that actress Eva Longoria, known for her role on “Desperate Housewives,” moderated one night of last week's Democratic convention.

"Well, I’m actually a real housewife and a mom from Michigan with two wonderful kids in public school who happens to be only the second woman in 164 years to run the Republican Party," McDaniel said.

Still, Biden has gone beyond celebrities in search of campaign surrogates. He's enlisted the help of nearly all of the 20-plus Democrats he beat during the primary. And Obama has taken a more aggressive role in supporting his former vice president.

The campaign often pairs celebrities with lesser-known officials from all levels of government to make personalized pitches to voters, especially when Biden himself isn't able to attend an event.

Other times it is elected officials who are far from household names carrying online events alone: Former Interior Secretary Ken Salazar addressed Hispanics in New Mexico and former Secretary of State John Kerry brought his New England appeal to Maine voters. As many as a half dozen such events now come multiple times per week — often when Biden himself is only doing a single, separate fundraiser or two in the meantime.

The campaign also holds events partnering some of its staffers with celebrities so that discussions on policy reach audiences that may not be closely following the presidential race, deliberately blurring the line between pop culture and politics even more.

“We’re introducing our campaign to their followers who might not always be involved with the campaign,” said Adrienne Elrod, a Clinton 2016 spokeswoman who is now Biden's director of surrogate strategy and operations.

Biden’s team distributes a one-page list of virtual event guidelines, with tips including making sure wifi is working correctly and that no one in the house sucks up bandwidth during showtime. Such preparations can’t prevent everything. Just as actor Forest Whitaker was introducing Biden at a virtual event in June, an Amber alert shrieked from his phone.

University of Wisconsin-Eau Claire political science professor Eric T. Kasper compared celebrity endorsements to yard signs, saying they are unlikely to sway a race but are effective at getting people talking. Stars generate candidate buzz, help with fundraising and can build campaign event crowds — even for those online.

"You have this national audience as a presidential candidate you’re trying to seek favor from," said Kasper, who has researched the intersection of politics and popular culture. "It’s much more difficult to connect in terms of retail politics, especially in a general election, on a nationwide scale."

Trump used his personal celebrity to build hype for his 2016 bid. His reelection campaign has been holding its own online events with top supporters nearly every night for months and says its online events average 2.6 million views per broadcast, though its headliners are often the president’s children. A similar roster is dominating this week's convention. 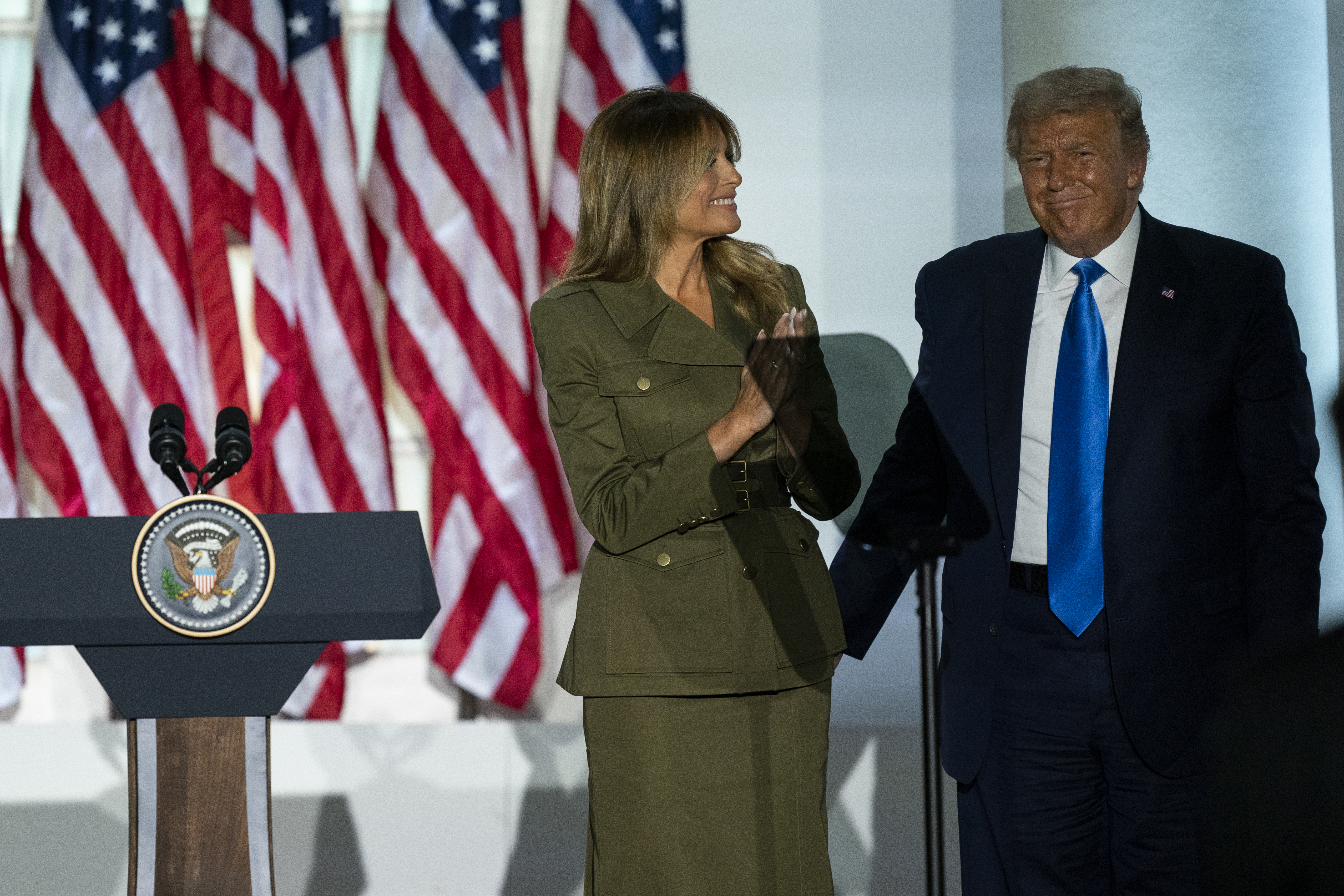 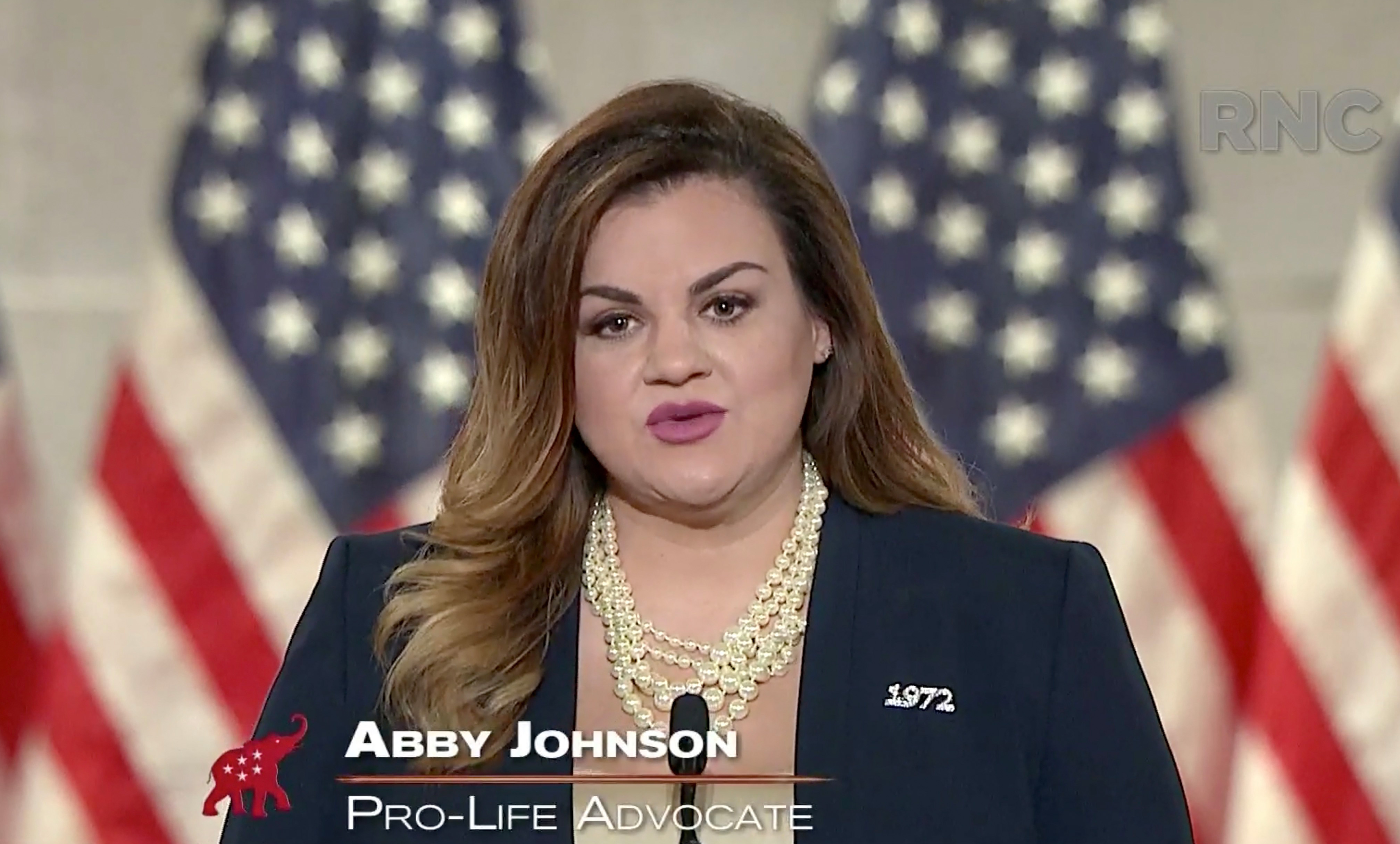 Trump's Convention Gives Platform to Some With Fringe Views

"Enthusiasm for Joe Biden simply does not exist," said Trump reelection campaign spokeswoman Courtney Parella, "and no celebrity he hides behind will fix that problem."

Some stars are supporters of the president, including actors Dean Cain and Jon Voight, who narrated a pro-Trump convention video. So far, though, they haven’t been actively campaigning for him. Instead, Trump has used the advantages of incumbency to crisscross the country on official business that draws throngs of supporters.

The Trump campaign has also seized on Biden's preferred venue for participating in online events, a basement studio in his Delaware home — accusing the former vice president of hiding from voters.

Biden has shrugged off such criticisms and, during a recent fundraiser, actor Tom Hanks noted that Biden was appearing from his "notoriously bad basement," which the actor said didn't seem so terrible.

"I could talk to you for another four and a half hours," Hanks joked after 40-plus minutes. "But I don’t think America needs another Zoom call that long."