Buttigieg's Star Rises as $1T Biden Agenda Shifts Toward Him

The 39-year-old former mayor of South Bend, Indiana, and 2020 Democratic presidential candidate laid out his argument that highway design can reflect racism

Pete Buttigieg, the transportation secretary who holds the purse strings to much of President Joe Biden’s $1 trillion infrastructure package, was holding forth with reporters on its impact — the promise of more electric cars, intercity train routes, bigger airports — when a pointed question came.

How would he go about building racial equity into infrastructure?

The 39-year-old former mayor of South Bend, Indiana, and 2020 Democratic presidential candidate laid out his argument that highway design can reflect racism, noting that at least $1 billion in the bill will help reconnect cities and neighborhoods that had been racially segregated or divided by road projects.

“I’m still surprised that some people were surprised when I pointed to the fact that if a highway was built for the purpose of dividing a white and a Black neighborhood ... that obviously reflects racism,” he said. 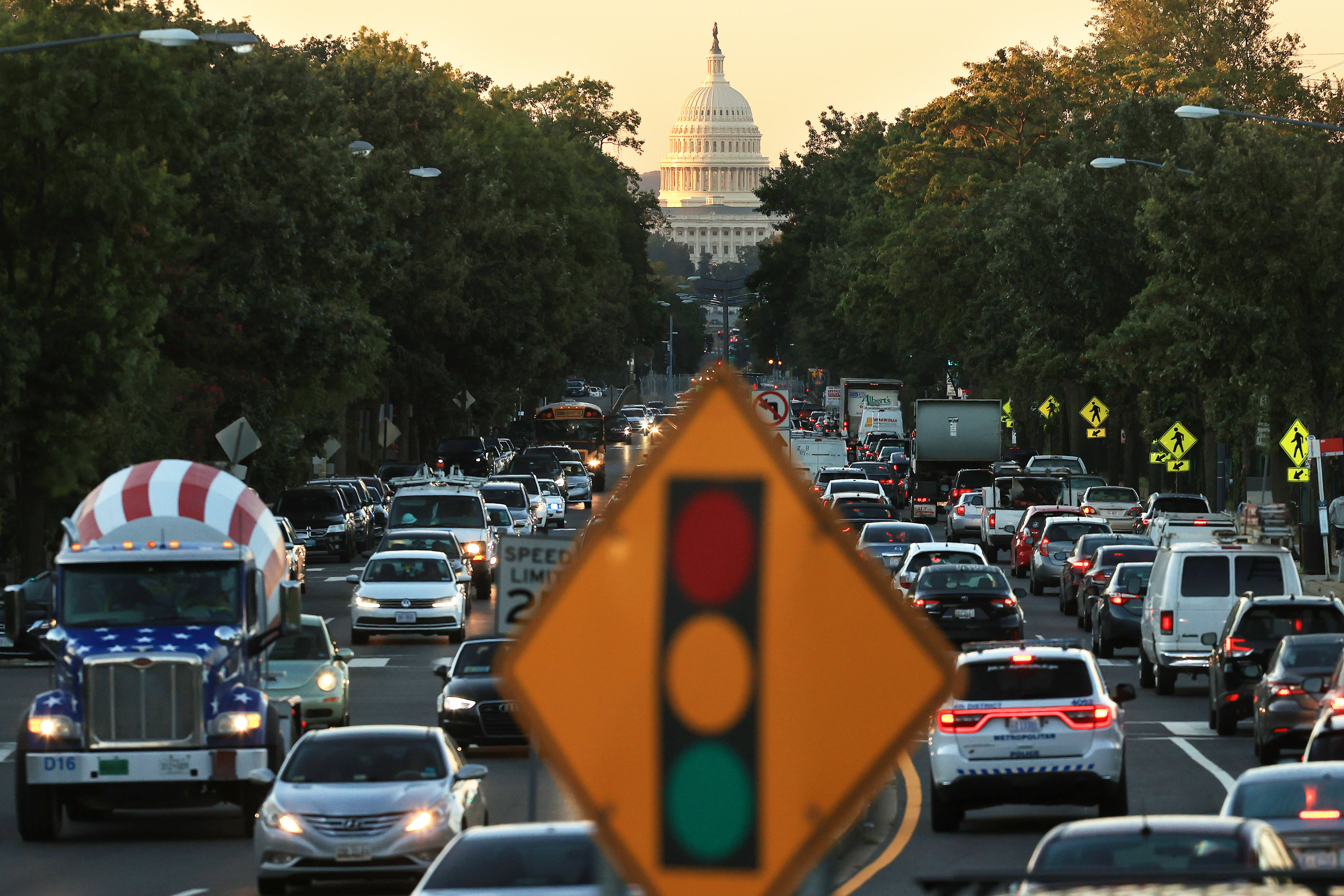 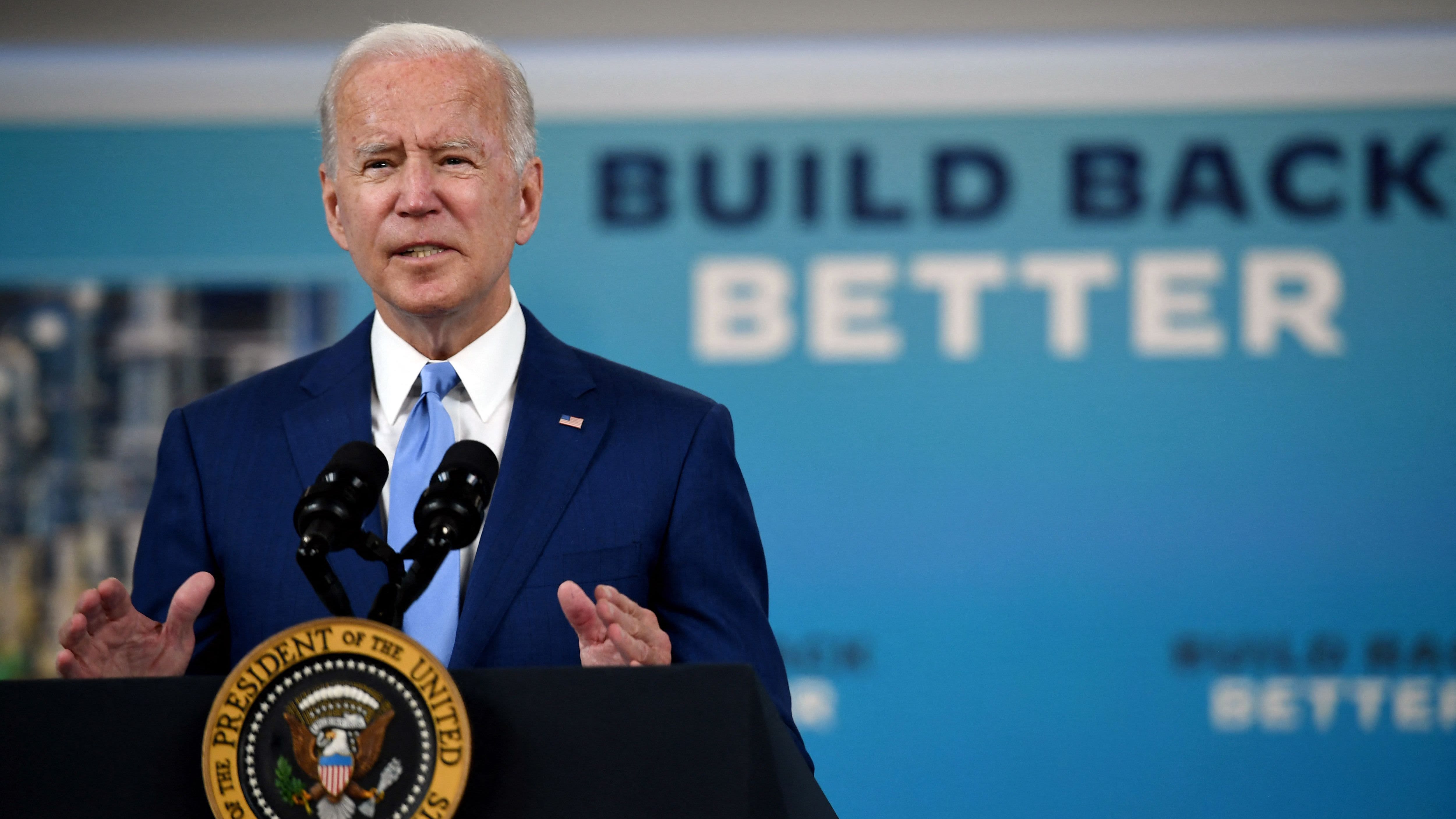 Racial equity is an issue where Democratic priorities and Buttigieg’s future align. One of his greatest shortcomings as a White House candidate was his inability to win over Black voters. How he navigates that heading into the 2022 midterms will probably shape the fortunes of Biden’s agenda and the Democratic Party, if not his own prospects.

Republicans seeking to exploit the issue pounced on Buttigieg's words.

“I heard some stuff, some weird stuff from the secretary of transportation trying to make this about social issues,” said Florida Gov. Ron DeSantis. “To me, a road's a road.” Texas Sen. Ted Cruz tweeted sarcastically: “The roads are racist. We must get rid of roads.”

But Buttigieg didn't engage and was off to his next stop, the climate summit in Scotland. There he stood for almost a dozen interviews as he promoted provisions of Biden's bill that would build a network of electric vehicle charging stations. He also engaged with young climate activists and took photos with former President Barack Obama.

On racism in roadways, he said simply: “I don’t know who it hurts to acknowledge that harm was done and to propose doing something to fix it.”

His department later announced it would grant extra discretionary aid to help as many as 20 U.S. communities remove portions of interstates, redesign rural main streets and repurpose former rail lines. That could help places from Syracuse, New York, where many residents back a plan to tear down portions and build a walkable grid, to racially divided areas in New Orleans and St. Paul, Minnesota.

As Biden prepares to sign the infrastructure bill on Monday, eyes are turning to the man still best known as “Mayor Pete,”a newcomer whose promise of “generational change” and real-world sensibility of fixing potholes launched him to the top of the early Democratic primary contests during the 2020 campaign.

Quickly endorsing Biden after abandoning the race, Buttigieg now stands to become one of the more powerful brokers in Washington, handling the largest infusion of cash into the transportation sector since the 1950s creation of the interstate highway system.

“Armed with that much money and significant latitude in how to spend it, Buttigieg is poised to be the most influential secretary of transportation ever," said Jeff Davis, a senior fellow at the Eno Center for Transportation. The department was founded in 1967.

In all, about $120 billion of the $550 billion in new transportation spending in the bill would come in the form of competitive grants that give Buttigieg discretion in how the money is used.

A separate social spending bill pending in the House would pour billions more dollars into the Transportation Department, which already expects to see its annual budget surge by over 50% to $140 billion.

“It’s a whole lot of money,” says Ray LaHood, a former Republican congressman from Illinois and transportation secretary under Obama, who in comparison presided over the release of $48 billion in transportation money in the 2009 Recovery Act. Since then, LaHood said, major federal investments in transportation have been stagnant, creating pent-up demand for road, bridge and Amtrak projects that can quickly launch.

It’s both a boon and challenge to Buttigieg, who revealed in August that he was going to become a dad with husband Chasten. He took several weeks of paternity leave to care for the twins, returning in October as Republicans criticized him for leaving his post. More recently, he juggled time keeping watch over his infant son, who was ill for three weeks and hospitalized for a respiratory illness, while he worked to address national supply chain problems.

“When somebody welcomes a new child into their family, and goes on leave to take care of that child that’s not a vacation, it’s work," he said last month. “I’m not going to apologize.”

Starting this week, Buttigieg will join other Cabinet members to pitch the plan around the country.

“Look, a lot of this sells itself because communities never needed to be persuaded that their bridge needed to be fixed or that their airport needed an upgrade or that their ports needed investment,” Buttigieg said. “They’ve been trying to get Washington to catch up to them.”

Anthony Foxx, who was Obama's transportation secretary from 2013 to 2017, said a big challenge will be the massive operational details in the department, where Buttigieg is supported by veteran hands. Many programs are new, requiring clear guidelines to states and localities on what they are eligible for and how the money is to be awarded. “They will be managing multiple plans with very high dollar figures, creating pressure on administrative staff,” Foxx said.

Transportation Secretary Pete Buttigieg shares what it was like to attend his first meeting in the Oval Office, which he had to do remotely because he was in coronavirus quarantine.

On Sunday, Biden named former New Orleans Mayor Mitch Landrieu, who oversaw the city’s rebuilding effort after it was devastated by Hurricane Katrina in 2005, to be a watchdog on the disbursement of the money.

Once many programs are in place, after six to nine months, Foxx said, “that's when the magic happens on what to fund and what may not cut the mustard." The winners would come in the form of hundreds of grant announcements for medium-sized road projects that could accelerate into spring 2023 with the first awards for multibillion-dollar bridges, intercity rail and New York's Gateway tunnel.

As a mayor, Buttigieg was attuned to calls to fix roads and potholes. He relished talking about state-of-the-art sewer system. Now that message will be national with the stakes far greater.

“The currency of politics is exposure, and he’s getting a lot of exposure,” said Larry Grisalano, who was Buttigieg’s advertising consultant.

At the White House, staff warmly refer to him as “Secretary Mayor Pete,” and Biden has compared Buttigieg to his late son Beau. The White House celebrated Chasten’s birthday with cupcakes. “You’re the best, man," Biden said after Buttigieg spoke at the White House over the summer.

Yet in a city laden with ambition, Buttigieg’s potential to move farther onto the national stage can make him a target.

Nina Smith, Buttigieg’s former traveling campaign press secretary, said as Biden's top lieutenant on the bill, Buttigieg has the opportunity to lead an effort to “eradicate past injustices." Buttigieg during the 2020 campaign was never able to win over large shares of Black voters.

“That’s an added responsibility that I think he’s very much aware of and making a central part of the work,” said Smith, a Democratic political consultant.

Analysis from the National Highway Traffic Safety Administration shows that road fatalities are at a 15-year high.