She would be only the sixth woman to serve on the court, and her confirmation would mean that for the first time four women would sit together on the nine-member court

President Joe Biden on Friday nominated federal appeals court Judge Ketanji Brown Jackson to the Supreme Court, the first Black woman selected to serve on a court that once declared her race unworthy of citizenship and endorsed American segregation.

Introducing Jackson at the White House, Biden declared, “I believe it’s time that we have a court that reflects the full talents and greatness of our nation."

With his nominee standing alongside, the president praised her as having “a pragmatic understanding that the law must work for the American people.” He said, “She strives to be fair, to get it right, to do justice.”

In Jackson, Biden delivered on a campaign promise to make the historic appointment and further diversify a court that was made up entirely of white men for almost two centuries.

He also chose an attorney who would be the high court's first former public defender, though she possesses the elite legal background of other justices as well.

In her acceptance speech, Jackson also noted the mentorship of Justice Stephen Breyer, who is retiring at the end of the term this summer.

Jackson would be the current court’s second Black member — Clarence Thomas, a conservative, is the other — and just the third in history. She would replace liberal Justice Stephen Breyer, 83, who is retiring at the end of the term this summer, so she won't change the court's 6-3 conservative majority.

Jackson would join the court as it weighs cutbacks to abortion rights and will be considering ending affirmative action in college admissions and restricting voting rights efforts to increase minority representation.

She would be only the sixth woman to serve on the court, but she would join three others already there, including the first Latina, Justice Sonia Sotomayor. 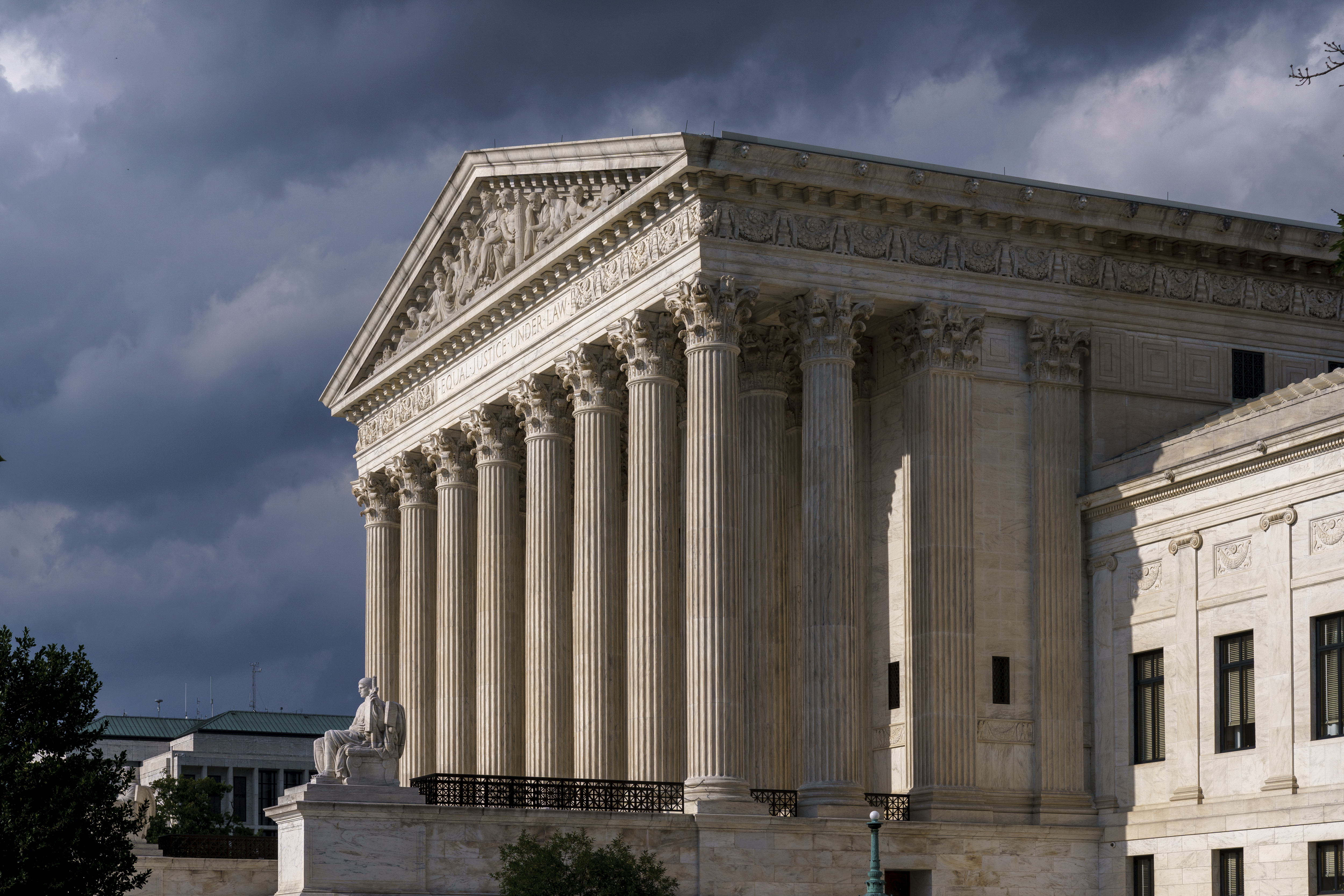 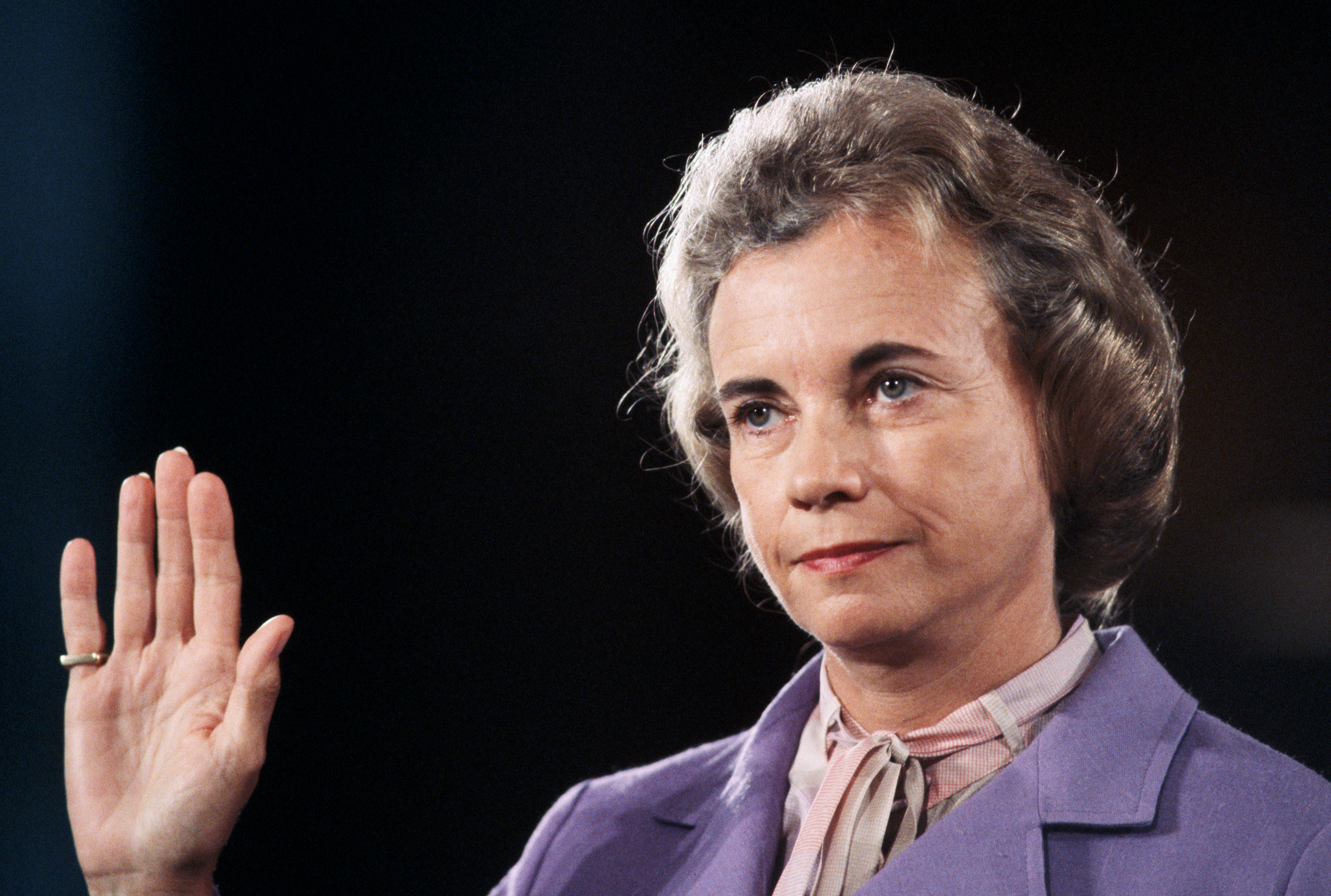 Being the 1st: What It's Like to Make Supreme Court History

In brief remarks, Jackson thanked Biden, saying she was “humbled by the extraordinary honor of this nomination." She highlighted her family's first-hand experience with the entirety of the legal system, as judges and lawyers, an uncle who was Miami's police chief and another who was imprisoned on drug charges.

She also spoke of the historic nature of her nomination, noting she shared a birthday with Constance Baker Motley, the first Black woman to be confirmed to the federal bench.

“If I’m fortunate enough to be confirmed as the next associate justice of the Supreme Court United States, I can only hope that my life and career, my love of this country and the Constitution, and my commitment to upholding the rule of law and the sacred principles upon which this great nation was founded, will inspire future generations of Americans,” she said.

Jackson, 51, once worked as one of Breyer’s law clerks early in her legal career. She attended Harvard as an undergraduate and for law school, and served on the U.S. Sentencing Commission, the agency that develops federal sentencing policy, before becoming a federal judge in 2013.

Her nomination is subject to confirmation by the Senate, where Democrats hold the majority by a razor-thin 50-50 margin with Vice President Kamala Harris as the tie-breaker. Party leaders have promised swift but deliberate consideration.

Friday's ceremony was attended only by White House staff, Jackson’s family and news media, in part because the Senate is out of session this week.

Everyone wore masks because of the pandemic, Biden and Jackson removing theirs to speak. He bent to pull out a lectern step for her to stand on as she made her remarks.

Her introduction came two years to the day after Biden, then struggling to capture the Democratic presidential nomination, pledged in a South Carolina debate to nominate a Black woman if presented with a vacancy.

Senate Judiciary Committee Chairman Dick Durbin said in a statement that the panel will “begin immediately” to move forward on consideration of an “extraordinary nominee.” Senators have set a tentative goal of confirmation by April 8, when they leave for a two-week spring recess. Hearings could start as soon as mid-March.

That timeline could be complicated by a number of things, including Russia's invasion of Ukraine and the extended absence of Democratic Sen. Ben Ray Lujan of New Mexico, who suffered a stroke last month and is out for several weeks. Democrats would need Lujan’s vote to confirm Biden’s pick if no Republicans support her.

Biden and Senate Democrats are hoping for a bipartisan vote on the nomination, but it’s unclear if they will be able to win over any GOP senators after bitterly partisan confirmation battles under President Donald Trump. South Carolina Sen. Lindsey Graham, one of three Republicans who voted to confirm Jackson to the appeals court last year, had pushed Biden to nominate a different candidate from his home state, Judge J. Michelle Childs, who also was favored by home-state Rep. James Clyburn, a Biden ally.

Graham said earlier this month his vote would be “very problematic” if it were anyone else, and he expressed disappointment in a tweet Friday. Previewing a likely Republican attack line, he and several others on the right said Biden was going with the choice of the “radical left.”

Senate Republican Leader Mitch McConnell said he looked forward to meeting with Jackson and "studying her record, legal views and judicial philosophy.” But he noted he had voted against her a year ago.

Biden has said he was interested in selecting a nominee in the mold of Breyer who could be a persuasive force with fellow justices. Although Breyer’s votes tended to put him to the left of center on an increasingly conservative court, he frequently saw the gray in situations that colleagues were more likely to find black or white.

“Justice Breyer — the members of the Senate will decide if I fill your seat,” Jackson said Friday, praising the retiring justice's “civility, grace, pragmatism and generosity of spirit.”

“But please know that I could never fill your shoes,” she said.

Democratic Senate Majority Leader Chuck Schumer said, “With her exceptional qualifications and record of evenhandedness, Judge Ketanji Brown Jackson will be a justice who will uphold the Constitution and protect the rights of all Americans, including the voiceless and vulnerable.”

As part of his search process, Biden, a longtime chair of the Senate Judiciary Committee, also interviewed Childs and California Supreme Court Judge Leondra Kruger, according to White House press secretary Jen Psaki, saying all three interviews took place on Feb. 14. As part of his process, Biden also consulted with a range of legal experts and lawmakers in both parties and delved deeply into the finalists' legal writings.

Biden called Jackson late Thursday to inform her that she was his choice, Psaki said, and he informed Democratic congressional leaders Friday morning.

Jackson serves on the U.S. Court of Appeals for the District of Columbia Circuit, a position that Biden elevated her to last year from her previous job as a federal trial court judge. Three current justices — Thomas, Brett Kavanaugh and John Roberts, the chief justice — previously served on the same appeals court.

Jackson was confirmed to that post on a 53-44 Senate vote, winning the backing of three Republicans: Graham, Maine’s Susan Collins and Alaska’s Lisa Murkowski.

In one of Jackson’s most high-profile decisions, as a trial court judge she ordered former White House Counsel Don McGahn to appear before Congress. That was a setback to Trump’s efforts to keep his top aides from testifying. The case was appealed, and a deal was ultimately reached for McGahn’s testimony.

As an appeals court judge, she was part of a three-judge panel that ruled in December against Trump’s effort to shield documents from the House committee investigating the Jan. 6, 2021, insurrection at the U.S. Capitol.

Jackson was born in Washington, D.C., and grew up in Miami. She has said that her parents, Johnny and Ellery Brown, chose her name to express their pride in her family’s African ancestry. They asked an aunt who was in the Peace Corps in Africa at the time to send a list of African girls’ names and they picked Ketanji Onyika, which they were told meant “lovely one.”

Jackson traces her interest in the law to when she was in preschool and her father was in law school and they would sit together at the dining room table, she with coloring books and he with law books. Her father became an attorney for the county school board and her mother was a high school principal. A brother, nine years younger, served in the Army, including in Iraq, and is now a lawyer, too.

President Biden has interviewed three finalists for the Supreme Court vacancy. When he was a presidential candidate, Biden pledged to nominate a Black woman to the Supreme Court for the first time in U.S. History.